Uneasy calm at GNPC over who becomes the next CEO 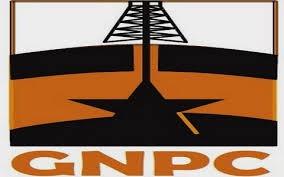 The reason for the uneasy calm at the state upstream petroleum regulator outfit is because of moves by the Presidency to appoint Opoku-Ahweneeh Danquah as the next CEO.

Among the pack, the man on the mind of the Presidency is seen as someone who does not have the requisite experience to lead GNPC because the other two persons have rich knowledge in the workings of the GNPC.

Insiders at GNPC also claim that the move to appoint Mr. Danquah was part of the moves to place an Akyem person at the helm of affairs at GNPC and nothing else.

According to the insiders, Dr. Sarpong has placed GNPC at a level that someone with proper knowledge of GNPC and how upstream regulations work should be made the CEO of the state entity and not because of where the person comes from.

The atmosphere at GNPC looks somehow dejected all because of the moves to appoint Mr. Danquah as the next CEO of the GNPC with some of the workers vowing to resist the move.