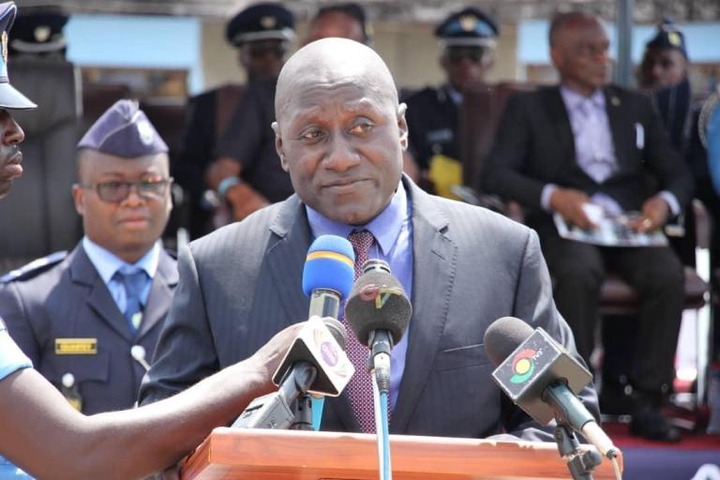 The Ghana Revenue Authority (GRA) has distanced itself from comments made by the Commissioner of the Customs Division of the GRA Col Kwadwo Damoah over the report of the Special Prosecutor (OSP) on Labianca Company Limited.

The GRA emphasised that the statement by Col Damoah was made in his personal capacity and not for the GRA.

“In this regard the Authority wishes to state that the comments made by the Commissioner of the Customs Division, Col Kwadwo Damoah Rtd. at the Customs Management Retreat on Wednesday 10th August 2022 on the outcomes of the investigation were made in his personal capacity and do not convey the opinion of the Board and Management of GRA”, a statement from the GRA said.

The Authority noted that “it accords the Office of the Special Prosecutor (OSP) the respect and the dignity that the OSP carries. GRA continually looks for every opportunity to improve on revenue as well as block any leakage”.

It added that it is studying the outcomes of the report in detail.

The Authority furthered, “GRA wishes to assure the general public that prior to the release of the OSP’s report, it had taken steps to streamline and improve on the processes of accurately determining values of imported items and products.”

The OSP announced on August 8, 2022, that it had retrieved an amount of GHC1,074,627.15 from Labianca Company Limited, a company that imports frozen chicken parts, fish, pork, and fries primarily from Europe and the United States of America, owned by a Council of State member who is also a member of the Board of Directors of Ghana Ports and Harbours Authority, Ms. Eunice Jacqueline Buah Asomah-Hinneh.

The amount, the OSP indicated, represents a shortfall in revenue arising from the issuance of an “unlawful customs advance ruling to Labianca by the Deputy Commissioner for Customs in charge of operations, Mr. Joseph Adu Kyei”.

According to the findings of the OSP, there is strong evidence of influence peddling by Labianca in securing the markdown of 10%-15% benchmark values for its imports.

The findings of the OSP was however disputed by Col Kwadwo Damoah who said that the report only sought to indict him and his deputy.

Col Damoah stated that the report of the OSP does not hold substance describing it as “hollow”.