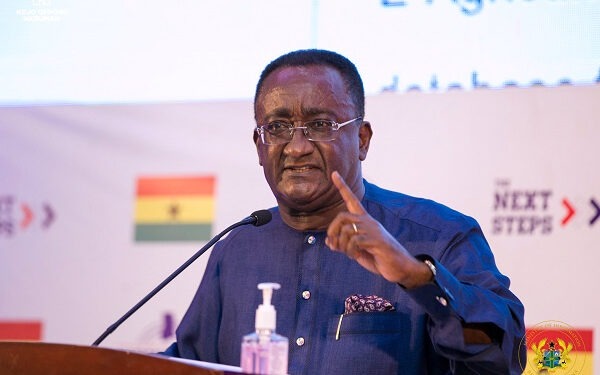 FactCheckGhana is an initiative of the Media Foundation for West Africa (MFWA). The MFWA is West Africa’s biggest and most influential media development and freedom of expression advocacy organisation with headquarters in Accra Ghana and national partner organisations in all 16 countries of West Africa. The project has a dedicated team of experienced journalists and researchers who are supported by programme and administrative staff of the MFWA.

With the proliferation of fake news, misinformation and propaganda in public discourse if not countered, have a great potential of influencing people to make wrong choices and sometimes, dangerous and harmful decisions. The Fact-Check Ghana project, therefore, seeks to enhance fact-based public discourse, debates and decision making in Ghana’s democratic governance and development processes. This is done by fact-checking claims, statements, promises and messages that are of public interest, and widely publicizing findings to help the public make informed opinions, decisions and choices.

When Dr. Owusu Afriyie Akoto, Minister-designate of the Ministry of Food and Agriculture, appeared before the Appointment Committee of Parliament on February 19, 2021, he made some claims about the government’s flagship planting food and jobs (PFJ) programme.

Specifically, the claims he made related to the food security, production of maize, and quantities of fertilizer supplied under the PFJ programme.

Fact-Check Ghana has verified some of the claims Dr. Akoto made at the vetting and presents the verdicts and explanations below.

Claim 1: “Before we came into office in 2017, the highest amount of production of maize in this country was 1.8 million metric tonnes. And I am talking about 2016, which was the last year before we took over.”

Explanation: In 2012, according to data from a World Bank document titled “Ghana: Agriculture Sector Policy Note – Transforming Agriculture for Economic growth, Job Creation and Food Security” (page 18), Ghana recorded 1.95 million metric tonnes (MT) of maize. Prior to that, in 2010, the country had recorded 1.87 million MT of maize production.

The data from the World Bank is corroborated by a document published by the Ministry of Food and Agriculture in October 2016. The data is captured on page 13 of the document titled “Agriculture in Ghana: Facts and Figures (2015)”.

During the vetting, Dr. Afriyie Owusu Akoto also contested that cost of food prices is a component of food security, when he was questioned by the Minority Chief Whip, Muntaka Mohammed.

Claim 2: “There is a difference between food security and price stability. I think the questioner is missing the two. The fact that there’s not price stability does not mean there’s food insecurity”

He continued: “…Price stability is not food insecurity”. “It is not one and the same”.

(Muntanka interjects): “Mr. Chairman, it is not just about availability. You can never define food insecurity without the price of the commodity. You can’t.”

Explanation: The United Nations’ Committee on World Food Security defines food security to mean that all people, at all times, have physical, social, and economic access to sufficient, safe, and nutritious food that meets their food preferences and dietary needs for an active and healthy life.

The Global food security index which considers the quality of food across 113 countries in the world also places emphasis on the affordability and availability of food products in its ranking.

In fact, about a year ago, on March 10, 2020, Dr. Owusu Afriyie Akoto, then the Minister of Food and Agriculture, making a presentation at the Meet the Press, an event organized by the Ministry of Information, said:

During the vetting, Dr. Akoto also stated in metric tonnes (MT) the quantity of maize production the country has recorded from 2017 to 2019.

Explanation: At the Meet the Press event on March 10, 2020, Dr. Owusu Afriyie Akoto reading from a document presented a data set on maize production in Ghana that is quite different from what he read to the Appointment Committee on February 19, 2020.

Thus, even though in 2017, the quantity of production of maize quoted at both events is close, in the subsequent years, the difference between the quantity varies by more than 100,000 MT.

Finally the Media to be sanitize to disallow offensive contents.