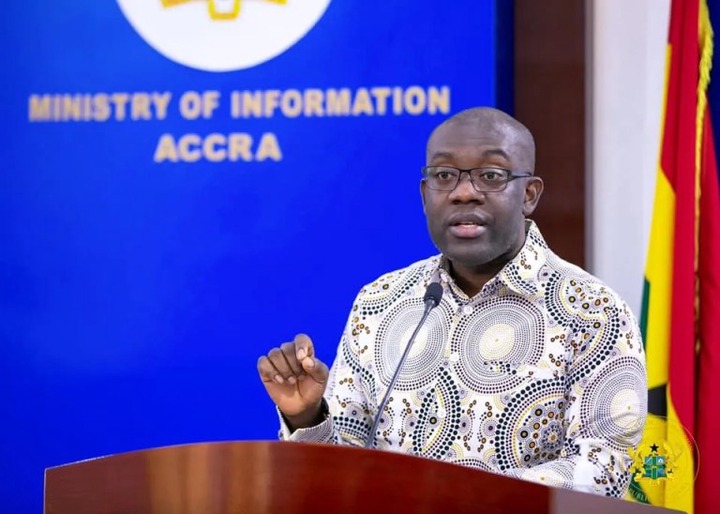 Information Minister, Hon. Kojo Oppong Nkrumah has revealed that data sharing on the state of Ghana’s economy has begun when the dignitaries from the International Monetary Fund (IMF) arrived in the country on Wednesday, July 6, 2022.

According to him, the two parties had sat down to analyze Ghana’s economy to identify the level of development that has taken place, the volume of debts accumulated, the country’s fiscal deficit, inflation, and other economic indicators to ascertain information on how to deal with the situation.

The Information Minister stated that based on these indicators the Fund will know how much to offer Ghana and the kind of measures to be adopted coupled with their conditionality.

Hon. Kojo Oppong Nkrumah explained that “the government of Ghana at the moment is in need of about $ 3 billion to $ 3.5 billion to enable it to go about its programs which it has acquired $ 1 billion already from a commercial foreign bank that has appeared on the floor of Parliament for approval”.

He stated that “the government is now looking forward to get the rest of the amount from the IMF now that it has come to the scene”.

He insisted that their conditionality is not yet known but the government is optimistic that it will be able to meet the country’s major concerns.

The Ofoase Ayirebi MP, stated emphatically that the IMF dignitaries or Officials will take five days to make the assessment, analyses, and evaluation of the state of the economy after which they will go back with the report. In due of that, negotiations would have to go on within six months between the two parties after which the Fund’s program shall take effect.