Under the direction of the National Security Ministry, the project's contract with Beijing Everyway was cancelled in 2020 and re-awarded to Huawei. Beijing Everyway is currently pursuing compensation for the contract termination at the London Court of International Arbitration.

In an interview with TV3's Komla Kluste on Monday, June 27, Ranking Member on the Road and Transport Committee Kwame Governs Agbodza disclosed this.

Mr. Agbodza requested that the government take action to prevent the anticipated loss of revenue for the government because the minority in Parliament is worried about a looming $50 million judgment debt related to the cancellation of the Accra Intelligent Traffic Management System contract.

He stated, "Sometime in 2012, the Ghanaian government and the Chinese administration entered into this China Development Bank arrangement. There are various parts to that, some of which were to enhance Accra's traffic management. Parliament subsequently granted a commercial contract for Beijin Everyway to serve as the contractors for that component, which costs about $100,000,000. 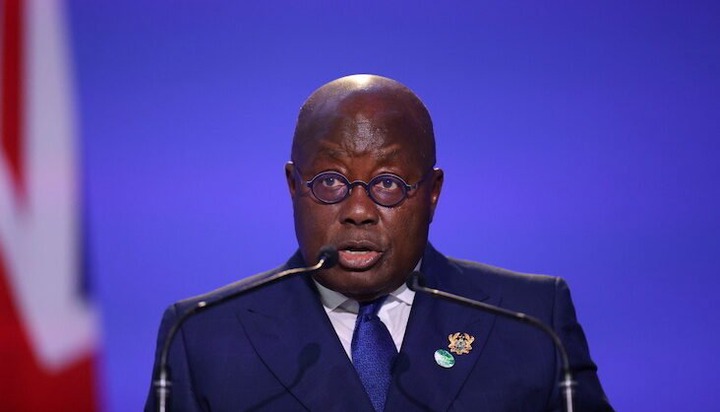 The program continued even after the government was changed. We are informed that the Ministry of Road and the developers have been collaborating. In actuality, the parent ministry overseeing this project has been the Ministry of Roads and Highways. You might also remember that President Akufo-Addo personally completed and opened the control center for this.

But starting in 2019, it seems that there were some difficulties, which prompted the government to decide rashly in 2020 that they were switching the contractor from Beijin Everyway to Hwuawe. It is interesting to note that the Ministry of National Security brought a new bill to Parliament when they arrived.

We were taken aback because the bill that we passed and are now implementing was introduced by the Ministry of Roads and Highways. As a result, the majority insisted that it was the proper thing to do notwithstanding all objections raised by members of civil society, the media, and lawmakers.

In fact, after insisting on learning the Attorney General's position, they informed us that the abrogation had received his or her approval. It turned out that Hwuawe has taken over the project as we speak, but nothing has happened.

"Secondly, the Beijin Everyway corporation sued the Ghanaian government and is currently in arbitration in London. According to what I understand, they are seeking close to $50 million in compensatory damages, lost profits, legal fees, and other expenses.

How Sleep Affects Your Body, In Both Good And Bad Ways

Is This A Wedding? Take A Look At What Bridesmaids Were Caught Doing That Has Got People Talking