By DaakyeheneNanaAlex (self meida writer) | 1 months 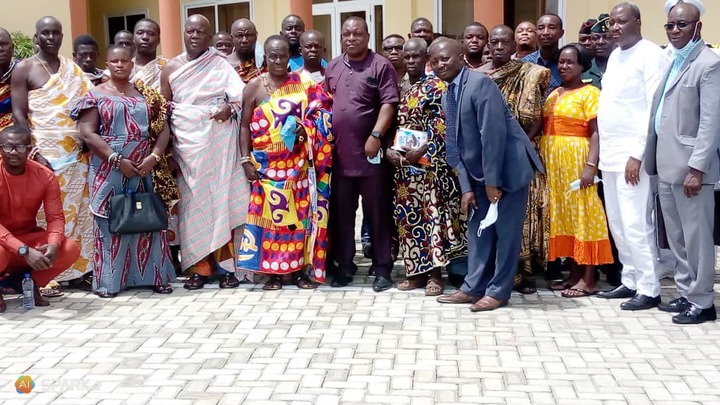 As part of the preparation of spatial plans for the siting of the Ghana National Petroleum-Hub project in the Jomoro Municipality, the Land Use and Spatial Planning Authority(LUSPA), the Ministry of Energy and the Jomoro Municipal Assembly, have completed phase one of the project.

The first phase land-use plan covers and an area of about 6000 acres which would be use to site jetty(mini habour), a refinery, a fertilizer plant, storage tanks, three petrochemical factories, a power plant and an area for commercial, security and other associated activities. Mr. Eugene Nyansafo said this.

He said again that, LUSPA in collaboration with the Ministry of Energy, the Environmental Protection Agency and the Jomoro Municipal Assembly, would ensure a composite local plan, including environmental protection, site safety, integration and economy.

He said 60 per cent of the land would be for industrial activities and 40 per cent for activities such as residential, educational, transportation and protective buffers.

Mr. Nyansafo assured stakeholders that the implementing partners would work in line with the Petroleum Development Corporation Act of 2020 to ensure that the implementation strategy was satisfactory and successful.

Mr. Nyansafo mentioned that, as part of the processes to ensure safety of the area, Government has secured another land within the Municipality for the construction of and FOB (Forward Operating Base) for the Navy. The Navy would secure both the Country's Oilfields and the Petroleum Hub.

A Senior Spatial Planner, Madam Nada Tandoh, said the structure plan area covered a total land area of about 50,000 acres with the intervention area being the petroleum hub enclave of about 20,000 acres as recommended by the master plan.

Madam, Tandoh again said, there would have to be some feasibility study to know where to locate an Airstrip, underground water sources and waste treatment.

She said the petroleum hub development corporation would exercise oversight responsibility for the industry. 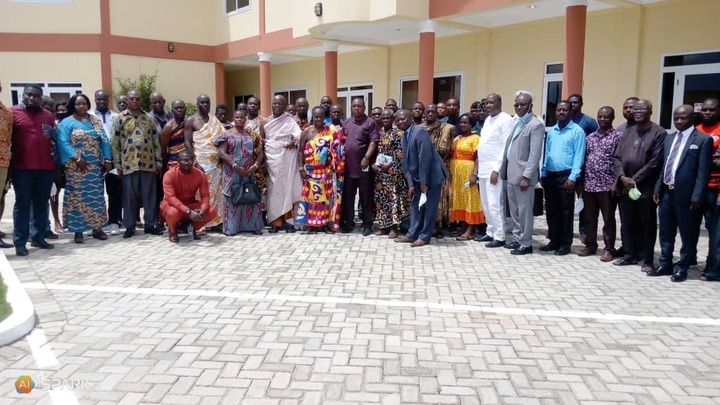 Madam Tandoh asked traditional rulers to collaborate with the Petroleum Development Corporation and the Municipal Assembly in preparation for the petroleum hub.

In a welcome address, the Municipal Chief Executive (MCE) for Jomoro, Mr. Ernest Kofie, said the initiative would create more jobs in the oil and gas sector of the economy and provide opportunities for companies in and outside Ghana.

He said the municipal Assembly would give priority and attention to new capital projects and upgrade existing social amenities to contain the pressure due to the influx of people into the area.

He said the Assembly would collaborate with relevant agencies at every stage of the project to ensure its success.

The Paramount Chief of Western Nzema Traditional Council (WNTC), Awulae Annor Adjaye, who chaired the function, commended the Land-Use planners for the in-depth job done on phase one of the project.

The Awulae mentioned that, government should fastrack the processes to the realization of the great initiative so as to reduce the burden of unemployment in the Municipality and Ghana as a whole.

He, however, asked the government to undertake 60 per cent of the project and allocate 40 per cent to the private sector to ensure the successful completion of the project.

Awulae Annor Adjaye encouraged the government to fastrack the project to bring more jobs to the people. 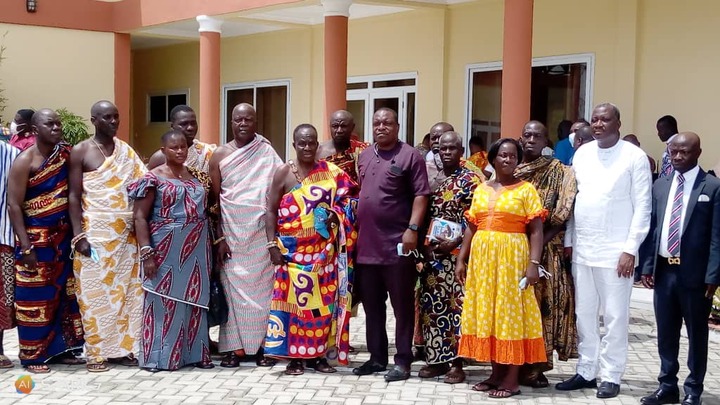 Content created and supplied by: DaakyeheneNanaAlex (via Opera News )

A Few Minutes Of Rainfall Leaves Kejetia "Dubai", Adum, Other Areas In Flood