A Kumasi based renowned man of God, Bishop Dr Solomon Osei Sarpong Kumankuma who is the founder and leader of Active Chapel International 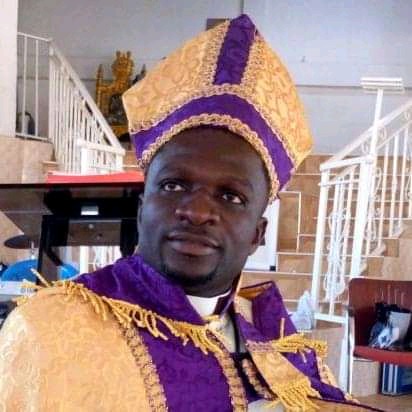 in Kumasi in the Ashanti Region has stressed the need for the authorities to introduce the National Policy concept to enhance the democratic practices in the country.

The respected Bishop observed that if his humble suggestion is taken into consideration and implemented, it would go a long way to curb the challenges that the country finds itself.

Speaking to the Opera News Content Writer King Amoah in an interview, Bishop Sarpong indicated that though democracy is seen as a form of governance that help to build an effective economy.

In Ghana he alleged, the politicians have taken advantage of its principles and code of practices (freedom of expression) to abuse the rights of the citizens, by creating economic hardships in the country.

The man of God alleged further that because of democracy, when one is voted into power to become a president the person chose to apply his own policies to rule the country.

Apparently referring to the alleged promises and party manifestos, the ruling party take less attention to comply fully with the state laws in his functions.

And the results are that power sharing, job opportunities, decision making, among other state functions becomes an issue of cronyism, Bishop Sarpong alleged.

He stressed that if such democratic practices happened in a country, the citizens allegedly becomes powerless to speak.

As the rich continue to become richer, poor remains in poverty while the sick continue to suffer.

Asked to comment on the roles of the parliamentarians as they are the law makers in the country, the Bishop conceded the fact that though they know what is right to build an effective society.

But alleged that since the majority of the parliamentarians are in the ruling party, cronyism cannot allow them to perform up to their mandates.

Especially when it comes to the issue of the passages of bills that would go against either the government or president.

The Bishop described the National Policy concept as a system just like the constitution which is sealed for national application.

It controls all policies towards national development and that no president can use his own policy or manifesto to work for a nation besides this policy.

Because the roadmap towards national development is clearly defined in the policy for the use by every sitting president.

The clergy posited that the secret of the development countries comes from their National Policy concept though many of such countries are also practicing democracy.

The man of noted that if the country fails to come out with good policies that could be implemented for the benefit of all, the current crisis which the country finds itself would remain for a very long time to come.

There is nothing wrong with the nation but our only challenge can trace its source from alleged mismanagement, greed, selfishness and our inability to seek forgiveness from God, Bishop Dr Solomon Osei Sarpong Kumankuma noted.

Concluding that unless our politicians change their mindsets and avoid cronyism in democracy, Angels of God cannot transform the destiny of the country if God directs them to take over the country's administration.