By Famous_News (self media writer) | 22 days ago 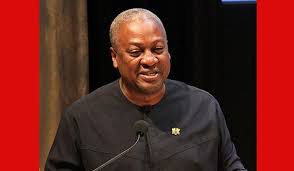 Former President John Dramani Mahama has done a lot of achievement in the country but majority of Ghanaians don't know unless they are told by someone. Majority of John Mahama's achievements is not known in the small communities as it can be personally testify by some NDC communicators some times ago that they don't know that John Mahama has done a lot of projects in the small communities.

With all due respect has stated that former President, John Dramani Mahama "through Pharmaceuticals intervention program invested $6m into Tobinco pharmacy, $10m into Enerst Chemist, $3m into Danex, Danadams got $7m while kinarpharma received Ghc9.152m including tax exemptions"

They stated that people hardly hear Mahama talk about it.

"You hardly even hear Mahama talking about such investments mpo. SMH" they added on their social media wall as NPP keeps bragging about anything they does in the country.