By NewsBox (self media writer) | 1 month ago 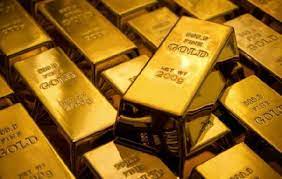 In 2020, the Government of Ghana began the process to search for a legacy that will increase the benefits the nation receives from mining mineral resources such as Gold, Bauxite, Diamond, Iron Ore and many more. This attempt resulted in the establishment of a Special Purpose Vehicle to lead the charge in the search of this opportunity for the country after the establishment of the Minerals Income Investment Fund (MIIF).

Records shows that currently, the MIIF receives about 250 million dollars every year in royalties from mining activities. This amount is inadequate considering the devastation mining activities cause to communities and the general public after the country has carried out mining operations for almost a century. This calls for an urgent action to maximize the benefits from mining operations in the country.

Nature provided the nation with these natural resources for the benefit of mankind and our wellbeing and it is important to emphasize that the state must take steps to maximize the benefits that is accrued to the citizens in totality. 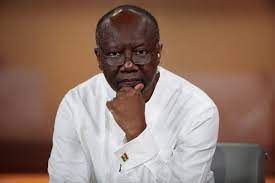 After withdrawal of the Agyapa deal from parliament last year, the finance minister has announced a return of the agreement to parliament during the inauguration of the Board for the MIIF recently. Though the intention for the Agyapa Mineral Royalties deal is good and commendable, it has many obstacles which cannot be gloss over if it is to see the light of day.

Many people including members of parliament has argue that, it is questionable for government to invest the mineral royalties meant for future generations in a Tax Haven such as Jessy. A place many believes provides the opportunity for people to engage in questionable deals. So the question asked is: Why invest in a Tax Haven? They conclude that if the answer is to pay less taxes on Ghana's mineral investment, same package could be obtained elsewhere in the United Kingdom.

Those opposing the agreement has again opined that, mortgaging royalties meant for future generations and expending the proceeds today is a policy that does not look into the future. It is the believe that the investment has the tendency to deprive future generations of the benefits of minerals after all the resources are depleted and generations yet unborn will not forgive current leaders for their actions.

Apart from the above, some experts have argued that the value offered for the county's mineral royalties is woefully inadequate. Currently, the deal is quoted at a value of 1 billion dollars which many believes could be valued at 3 billion dollars. If indeed, the state can obtain 3 billion dollars for the mortgage, then it is wise to go back for renegotiation so Ghana will have value for money in this deal.

It has also been said by other proponents that the deal is an elite capture and that it will benefit a few people in society who have the opportunity to be associated with the agreement and so the arrangement should be discontinued. Their emphasis is from the background that, appointment of key managers of the Agyapa Deal is given on a silver platter to sons of top political persons without a consideration of advertisings the vacant positions for interested persons to compete in occupying these positions.

Above all, the former Special Prosecutor, Mr. Martin Amidu in his corruption risk assessment report submitted to the president on the Agyapa deal suggest that, the deal is shrouded with corruption and must not be allowed to pass. That it is not in the national interest and any attempt to go ahead with it, is not going to help the country.

It is good to invest however, investment must not always look at monitory terms before it is assumed substantial. Capital expenditure on our mineral royalties could help resolve the controversy surrounding the Agyapa Deal if indeed government is poised to make the best out of the mineral resources of the country. The state must think of sustainable development as a pre-requisite in the management of the country's natural resources to enhance the socio-economic wellbeing of the general public.