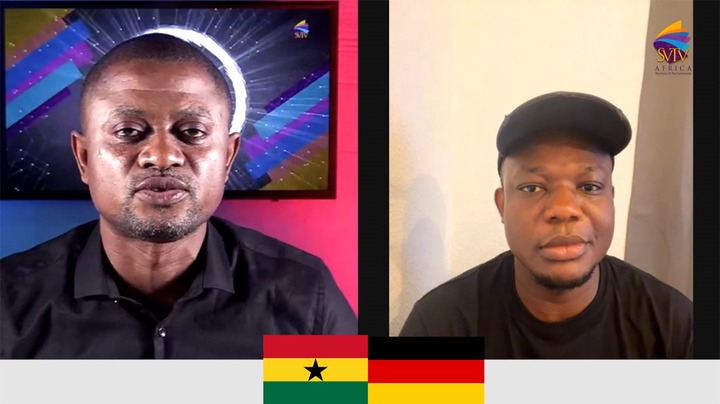 Germany based Ghanaian Cosmos Darko has revealed that he made over GHs100,000 as a galamsey operator. However, he lost it soon after military personnel were dispatched to the mining areas in 2017.

In a chat on SVTV Africa, Cosmos mentioned that he went broke and had to sell off his machines to sponsor his journey to Europe. Moreover, Cosmos explained that he could not work anywhere in Ghana, hence his decision to travel.

“The highest amount I made at the time was GHs100,000. I couldn’t sleep till I deposited it at the bank. At the time, GHs100,000 was nothing to galamseyers. Some had millions of cedis. Eventually, the soldiers came to destroy our machines. That was the end of me,” he said.

According to Cosmos, they invested a large sum of the money into machines. He added that he had rented excavators and pumping machines worth over GHs60,000.

“Someone might think I got all this money and lost it. You can’t put a small amount of money into a gold business. One excavator costs GHs300,000, and you would have to rent it for the job. I needed to invest in it and gain profit,” he told DJ Nyaami.

Speaking about his thoughts on destroying water bodies, Cosmos mentioned that “we had to do was dig a hole and wash the gold in that and not the rivers, but the Chinese and the leaders were already destroying the rivers. As youths in the community, we did not want to look away while foreigners took away our gold.”

Sister Deborah Explains Why She's Always With Her Boyfriend