5 World Billionaires Who Grew Up From Dirt (Pictures)

By MrBenevolent (self meida writer) | 12 days 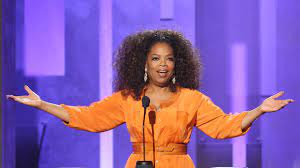 Family wealth isn’t the secret to this billionaire and media maven’s unparalleled success. Now worth an estimated $3.1 billion, according to Forbes, Oprah Winfrey was born to a teenage single mother in Mississippi. In an interview with Barbara Walters, she talked about not having running water or electricity growing up.

By focusing on school, participating in beauty pageants and then working at a radio station, Winfrey was able to enter the media world. She got her big break in television as a host for the local Baltimore talk show, “People Are Talking.” Later came “The Oprah Winfrey Show,” which entered national syndication in 1986.

In a 2001 taping of “The Oprah Winfrey Show,” Winfrey shared some tips on making the shift to a wealth mindset.

“The whole idea, I think, of having wealth is not letting wealth use you but you use it,” she said. “Being a person who has come from an outhouse, and very poor circumstances, I can assure you that the more money you get, it really doesn’t change you — unless you are the kind of person who is defined by money.” 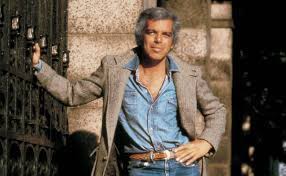 Known for its polo shirts and high-end ties, the Ralph Lauren fashion brand is easily recognizable. But did you know that there was a time when the iconic fashion designer couldn’t even afford clothes?

“As a kid, I was always into clothes, but I didn’t have the money to buy them,” Lauren told fellow billionaire Oprah Winfrey in a 2002 interview. “When I’d get my brothers’ hand-me-downs, there was an energy in me that made me say, ‘I want to get my own things, to make my own statement.’ Somewhere along the line, that energy — coupled with my exposure, through movies, to a world I hadn’t known — turned into something.”

That “something” is now a fashion brand with a market value of nearly $8 billion, according to Forbes. As for Lauren, he’s worth a cool $5.9 billion and is considered one of the richest fashion icons. 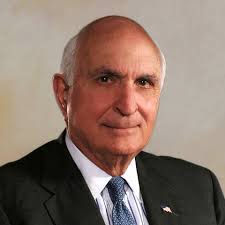 In a 2013 interview with OneWire, posted on Business Insider, Langone said he had a “charmed life” as a child — but not because of his material possessions. In fact, his mother was a cafeteria worker. Still, Langone enjoyed unconditional love, which later helped him get over his failures and not let them bring him down.

“When you’re in the risk-taking business at the level that I am, not everything you’re going to do is going to work,” he said. “Where you really lose is when it doesn’t work, and you start being abusive to yourself in terms of your qualities and your abilities.”

Today, Langone has a net worth of $3 billion, according to Forbes. And, he’s proud of that fact, he said in an interview for “Street Smart” on Bloomberg. 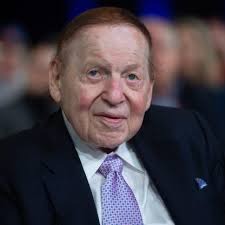 He’s the chairman and CEO of Las Vegas Sands, the largest casino company in America, but Sheldon Adelson had to earn his $35.2 billion fortune the old-fashioned way. Born to Eastern European Jewish immigrants, he grew up in a tough neighborhood of Boston, sharing a one-room tenement with his parents and three siblings.

In a 2010 “Nightline” interview, Adelson explained how his rough upbringing helped him become a shrewd businessman.

“My parents were poor,” he said. “When they died in 1985, 11 days apart, they didn’t have as much as $100 in the bank. Their whole life. They gave everything to their children. So, I’m talking not from a white shoe background or from a privileged background. I’m talking [as] somebody who wore his skin down on his fingers trying to climb the ladder of success.”

To honor his heritage, he has donated more than $50 million to Jewish schools in the Las Vegas and Boston areas, and another $50 million to the Yad Vashem World Holocaust Remembrance Center, according to The New York Times. 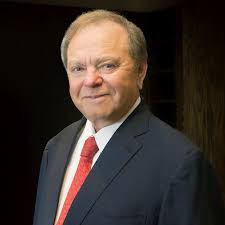 The youngest of 13 kids, Harold Hamm was raised by Oklahoma sharecroppers, who put him to work picking cotton barefoot as a child. The founder, chairman and CEO of oil company Continental Resources now has a net worth of $10.1 billion, but at age 16 he had to take a job at a gas station to support his loved ones.Despite his family’s financial struggles, in a 2014 interview with Forbes, Hamm revealed that he drew inspiration from fellow Enid, Okla., residents. One was a local potter who spoke to Hamm and his classmates at a school assembly.

“He had this lump of clay that he was slapping like a baby,” Hamm said. “It was clear that he did well because that was his passion, his art, and the message was that all of us could do well if we followed our passion in life.”