By OsafoDaniel (self meida writer) | 21 days Shatta Bandle, a Ghanaian short billionaire and internet sensation, announced his net worth during a stage appearance at the Lagos Premium in Lagos. The dwarf, who has sparked outrage on social media for flaunting his opulent lifestyle and making jokes about being wealthier than Aliko Dangote (Africa' s richest man), has disclosed that his net worth is $70 million dollars.

He was born a dwarf in Ghana and now considers himself to be the country' s richest man.

Shatta Bandle rose to prominence after one of his videos claiming to be wealthier than Africa' s richest man, Aliko Dangote, went viral on social media. Of course, his comments elicited some negative responses from Nigerians on social media. After Nigerians reacted to the Twitter fight he started, his popularity in Ghana skyrocketed. 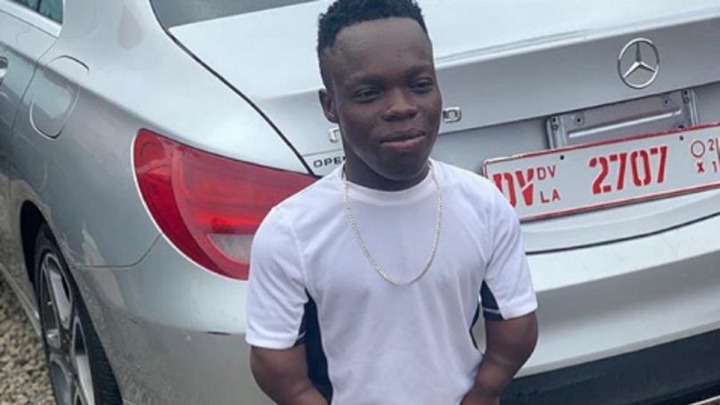 Shatta Bandle' s net worth has finally been estimated to be $70 million dollars.

However, when asked about his source of income, he revealed that he has many real estate investments and an oil company in Ghana and the rest of the world. When asked to reveal his true age, Shatta Bandle also claims to be 20 years old.

He was born in Karaga, a small town in Ghana' s northern region that serves as the capital of the Karaga district.

He spent some time there with his parents before moving to Accra to follow his dream. Shatta Bandle is a self- taught musician with no formal education. He told Pulse Ghana that he dropped out of school as a result of his struggle to become wealthy. He is unconcerned with formal schooling, however it is part of his goal to receive formal education in the future.

Shatta Bandle claims that his company is focused on the oil and gas industry, which he claims is a significant source of revenue. He appears to be working with oil firms in Ghana, Nigeria, and the United Arab Emirates, while refusing to reveal the names of the companies he is dealing with.