Don't Do This If You Want To Be Rich. 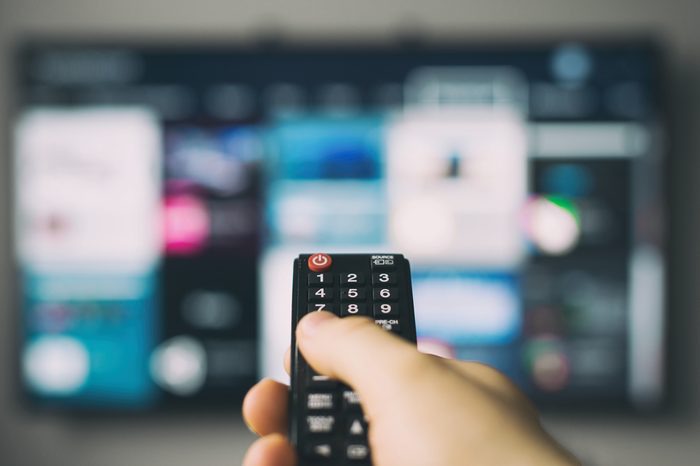 The world is divided into two. There is the rich and the poor. The rich are those who have money work for them. The poor are those who work for money. Check out these tried-and-true tactics rich people employ to get their pile of cash and more importantly, what they don't do.

Never stay at the same level

If you want to be rich, you cannot be content with the status quo. You need to keep aiming high. “Most of us didn’t get into business to peak and stay there,” said Ryan Stewman, CEO of Hardcore Closer. “We got into business to embrace the perpetual climb. You make a million. You want ten million. You make ten million. You want a billion. It’s just in our entrepreneurial personality. We’re always pushing for more.” These are the 26 secrets rich people won’t tell you about their lives.

Rich people should celebrate their successes, but they also spread the wealth. J.K. Rowling, the first billionaire author, was happy to do just that. She gave $160 million to charity (16 percent of her net wealth) in 2011 because she understood what it felt like to live in poverty. Being stingy might save you a few bucks in the short run, but certainly won’t help you feel good about your fortune long term. Here are 9 powerful ways to give to charity without breaking the bank.

Never go without a mentor

Yes, millionaires are the successful ones because they had a good idea or are cunning business people. But rarely do all the achievements rely solely on one person. There’s often a team or guide behind the wealthy individual that helped him get there. In fact, 93 percent of rich people said a mentor had contributed to their success, according to success.com. Don’t miss these 8 money-saving tips from self-made millionaires.

Never focus on the money, and not on what they love

It can be a slippery slope from being ambitious to greedy. Focusing on the money might help you become richer, but it doesn’t mean you’ll feel good about your fortune. Why do you think almost 70 percent of lottery winners end up broke in seven years? The key to true success is doing what you love.”How sad to see a father with money and no joy,” said entrepreneur Jim Rohn. “The man studied economics, but never studied happiness.”

There’s a reason rich people do what they love. It makes them richer! According to research in Thomas Corley’s book “Rich Habits: The Daily Success Habits Of Wealthy Individuals,” 86 percent of people who liked their jobs had a net worth around $3.6 million. The 7 percent who said they loved their jobs were worth almost double that and it only took them 12 years to accumulate that wealth versus 32 years. Learn the 13 secrets lotto winners won’t tell you.

When it comes to lottery winners, luck certainly played a large role in their wealth. But most rich people think it takes some good ol’ hard work to earn the cash. Only 10 percent of wealthy people say they believe in fate, while 90 percent of poor believe the opposite. Have faith in yourself and your abilities if you want to amass wealth.

Never watch too much TV

Money isn’t going to come pouring in if you just binge watch Netflix shows. That’s why 67 percent of wealthy individuals say they watch less than an hour a day. Instead of wasting time on the couch, they are learning as much as possible about an area of interest and becoming experts. This is the key to success. Another tip: Read up on these 10 ways to make money fast.

Getting distracted is a surefire way to not get the money you want in the bank. You have to stay task-oriented if you want to be rich, which is why wealthy people always make a to-do list and stick to it. It helps to keep them on track and get the most value out of every minute of their day.

Wealthy people might have their to-do lists to help keep them on track, but they also have long-term objectives to stay motivated. According to success.com, 70 percent percent of wealthy people follow at least one major goal a year. Without the big vision, everything would fall apart, and that equals less cash coming in. Find out the 10 things highly successful people do every morning.

Any motivational speaker will say that fear is the enemy to us all. It prevents us from living our best and happiest life. It also stops you from getting rich. “The thing that wealth buys you,” said millionaire entrepreneur Umberto Milletti, “is the freedom to take risks. Such risks mean the possibility of outsize rewards as well.”

Never let emotions get in the way

You’ll often hear people use the saying, “It’s nothing personal. It’s just business.” Well, there’s a reason for that. “When you allow your emotions to run high, you are literally turning off half of your brain,” wrote wealth creation expert Thomas Corley reveals on his blog. “The prefrontal cortex shuts down when your emotions, good or bad, are allowed to run wild. This is a particularly bad thing when you experience defeat or setbacks because that is when you need your entire brain to help you to overcome defeat and setbacks.”

Never go with the flow

You might be jealous of those Instagram-famous travel bloggers who seem to simply follow their intuition. But that attitude won’t make you rich. According to Brendan Burchard, to become a high net-worth individual, it’s all about forming productive habits. The author has been known to hang out with society’s wealthiest, so he knows what he’s talking about.

You are what you eat, right? So, if you eat food that makes you feel lethargic and slows your digestive system, you won’t have the energy or brain power to come up with million-dollar ideas. That’s what famous business coach and investor Tony Robbins believes. He says eating right is the key to working his 16-hour days. Check out the 11 things healthy people do before 10 a.m.

Yes, exercise has been proven to boost brain function, but working out can also help you get rich—and it’s scientifically proven. According to a 2013 Psychology Today study, “being physically active positively influenced 15-year income, with physically active males making 14 to 17 percent more than less active males.”

Many rich people are inherently big thinkers, but they also work at it. Both Bill Gates and Richard Branson are known to block out times of their days to create and focus on self-improvement. Creativity isn’t always natural. You have to set time aside to come up with those big (money-making) ideas.

If you don’t keep up with the latest reading, you won’t have as good of an understanding of the world. It’s this knowledge that sparks ideas and solutions that could equal big bucks for you. Why else do you think the average millionaire reads one nonfiction book per month, according to The Millionaire Next Door.

Rarely have good ideas come from a moment when you’ve stayed out until 3 a.m. (That’s usually when bad decisions are made.) Rather, it seems like the mornings, before anyone can bother you, are the most productive. Hal Elrod, author of The Miracle Morning, explains what the wealthy do by getting up three hours before work.You can read, exercise, focus and write down your goals all leading to a more successful day. These are the 12 things successful people do on their commutes.

It’s hard to make things happen (and make money) if you’re going at it entirely alone. “Wealthy, successful people are very particular about who they associate with,” said Thomas Corley. “Their goal is to develop relationships with other success-minded individuals. When they stumble onto someone who fits the bill, they then devote an enormous amount of their time and energy into building a strong relationship. They grow the relationship from a sapling into a redwood. Relationships are the currency of the wealthy and successful.”

Never spend money they don’t have

It might be tempting to go out and buy the top-of-line everything when you have the cash sitting in the bank. But it’s better only to purchase what you need rather than what you can afford. Living frugally and watching cash flow is just as important when you’re making an average income as it is when you’re rolling in the big bucks. “Spend less money than you make,” said David Lopez, CEO of Dental Fix RX. “If you’re in business, it sounds easy, but it’s not. So many entrepreneurs struggle with cash flow issues and get excited with a budget for a Rolls Royce but only have the cash flow for a Toyota Camry—looking at your cash flow forces you to be profitable.”

Please share, like and tell me what you think about this in the box below. Thank you.

Hardcore Closer Ryan Stewman
Opera News is a free to use platform and the views and opinions expressed herein are solely those of the author and do not represent, reflect or express the views of Opera News. Any/all written content and images displayed are provided by the blogger/author, appear herein as submitted by the blogger/author and are unedited by Opera News. Opera News does not consent to nor does it condone the posting of any content that violates the rights (including the copyrights) of any third party, nor content that may malign, inter alia, any religion, ethnic group, organization, gender, company, or individual. Opera News furthermore does not condone the use of our platform for the purposes encouraging/endorsing hate speech, violation of human rights and/or utterances of a defamatory nature. If the content contained herein violates any of your rights, including those of copyright, and/or violates any the above mentioned factors, you are requested to immediately notify us using via the following email address operanews-external(at)opera.com and/or report the article using the available reporting functionality built into our Platform 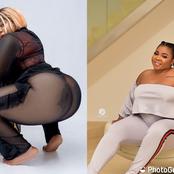 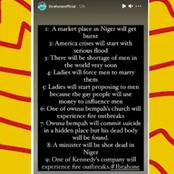 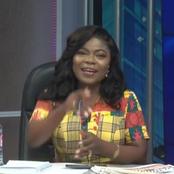 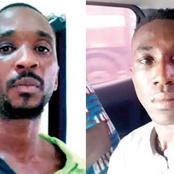 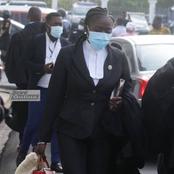 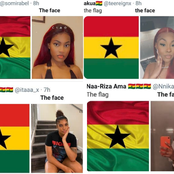 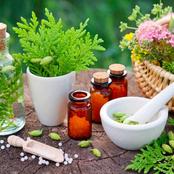 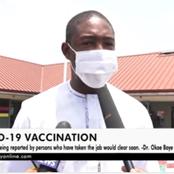 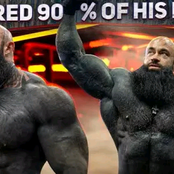