Borrow To Invest In Economy, Not Past Question- Odike Blasts Akufo Addo 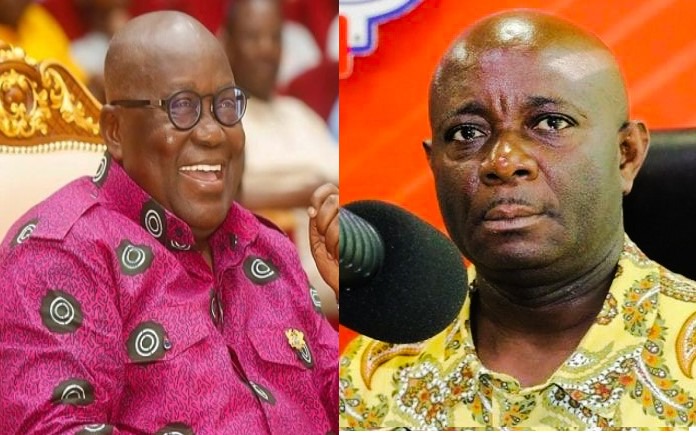 The subject of ballooning public debt has been rekindled with some remarks from Mr. Akwasi Addae Odike, Founder of United Progressive Party (UPP). According to him the President and the New Patriotic Party (NPP) are clueless about managing affairs of the Ghanaian economy hence the undue hardship that had hit the nation.

Speaking with Nana Aba Anamoah on Starr Chat about his impression of President Akufo Addo’s governance, Mr. Odike argued that the government has been reckless in borrowing and spending limited state resources on ‘useless’ expenses which will make no returns to even support the servicing of those debts.

He added that the complaints by a majority of Ghanaians about economic hardship proofs that the government has failed to deliver what it promised the people before the election. Ask what score he will accord the Akufo Addo led administration over the past five years, Mr. Addae Odike said the government is clueless about creating jobs to solve the unemployment issue that has bedeviled the nation.

In his view every fund secured by the government should have been invested in something economical and with the potency to create good returns such that the debt burden on the nation could be minimized.

“Everybody is complaining about the rising debt portfolio. They don’t know how to create wealth and jobs for the people. The President and his government have resorted to borrowing. We borrow to invest and get returns to support the economy. We don’t borrow to buy past questions,” he justified.

Mr. Odike continued that there will be much to learn about the mismanagement of President Akufo Addo’s government when he leaves office. He indicated that the state investigative systems have been compromised hence the coverup in allegations of corruption that have been reported over the years.

He wondered if the better Ghana that President Akufo Addo promised is what Ghanaians are experiencing today.

3 Types of People Who Should Reduce Their Intake Of Maggi