By cecilmenz21 (self media writer) | 1 year ago 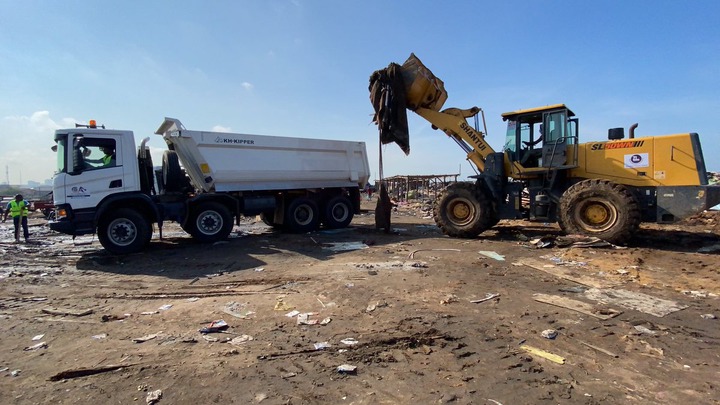 The Greater Accra Regional Minister has revealed that the stretch of lands numbering several acres in the Agbogboloshie market area of Accra is the property of the National Youth Authority(NYA).

According to the Regional Minister; Henry Quartey, it is an incontestable fact that the lands in question belong to the NYA.

He said the land that has been harbouring settlers from the three Northern Regions who were displaced by communal conflicts some decades ago belong to the NYA, the youth development-oriented agency.

And these lands over the years have been the bona fide property of the NYA and nobody can contest that in the country, he emphasized.

The Regional Minister made this disclosure speaking in an interview after the relocation of some Onion sellers, livestock dealers, food vendors among others to the Adjin Kotoku area in the Ga West municipality of the Greater Accra Region.

He noted that the Greater Accra Regional Coordinating Council (RCC) has taken possession of the lands in the area and it will be walled as part of the beautification of the area.

He said the beautification of the Agbogboloshie lands forms part of the measures to 'Make Accra Work Again'!

He added that immediately the Ablekuma Central Municipal Assembly, the mother Assembly will also possess portions of the land for the construction of a municipal hospital to ease the pressure on Korle-Bu Teaching Hospital in the Ablekuma South Constituency.

This among others is part of the measures to beautify the area as part of the ''let Accra Work Again campaign in the Region.

He gave the assurance that the RCC will not relent in its quest to ensure the place is beautified in Accra.