The Chinese Don’t Work For Us; Minerals Commission Covering Up For Unlawful Takeover - Tarsk Mining Tarsk Mining Company Limited, a small-scale mining firm, is fighting the Minerals Commission over an unlawful takeover of their concession at Akoon in the Tarkwa Nsuaem Municipality of the Western Region. The company in a recent publication by the Herald Newspaper was accused of engaging illegal Chinese immigrants in their mining operations, a situation the Minerals Commission has argued is a sufficient condition to deny them the renewal of their licenses.

The publication mentioned that Tarsk Mining Limited breached section 83(1)(a) of the Minerals and Mining Act 2006 (Act 703) and Section 5(a) of the same act [amended] Act 2019 (Act 995) by allowing some eight Chinese nationals with expire working permits to mine at their site. This Herald cited a document issued by the Minerals Commission under the hand of the acting Chief Executive, Mr. Martin Kwaku Ayisi, with reference number MC./SSMP/WR/1939, and dated 6 July 2021, as detailing the justifications for the refusal of a renewed license for the mining firm.

But the Secretary for the company, Judah Ampiah finds it to be ridiculous in the sense that Tarsk Mining was not liable for the actions of the Chinese engineers who were designated by their client; China Zinzheng Ghana Friendliness Company Limited. According to him the Minerals Commission is covering up for the unlawful takeover of their concession for a community mining program which is allegedly being proposed by the Deputy Minister for Lands and Natural Resources, George Mireku Duker. 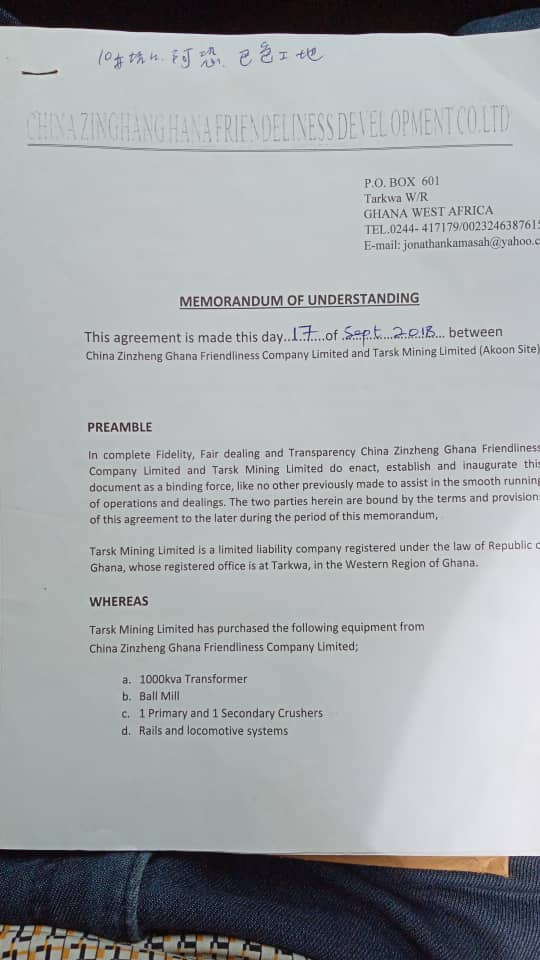 Documents, as cited by Blind_Justice, indicate that Tarsk Mining Limited and China Zinzheng Ghana Friendliness Company Limited have a contractual relationship dating as far back as 2018. The Chinese company is by contract responsible for rehabilitating the mining shaft at the site by installing new machinery and repairing faulty equipment so the mine could be operationalized.

Additionally, the company will see to the maintenance and full functioning of the equipment installed. To ensure there is a transfer of knowledge, Tarsk Mining Company Limited inserted a clause in the contract to ensure that its staff and engineers are trained on the usage of this equipment over the negotiated period. 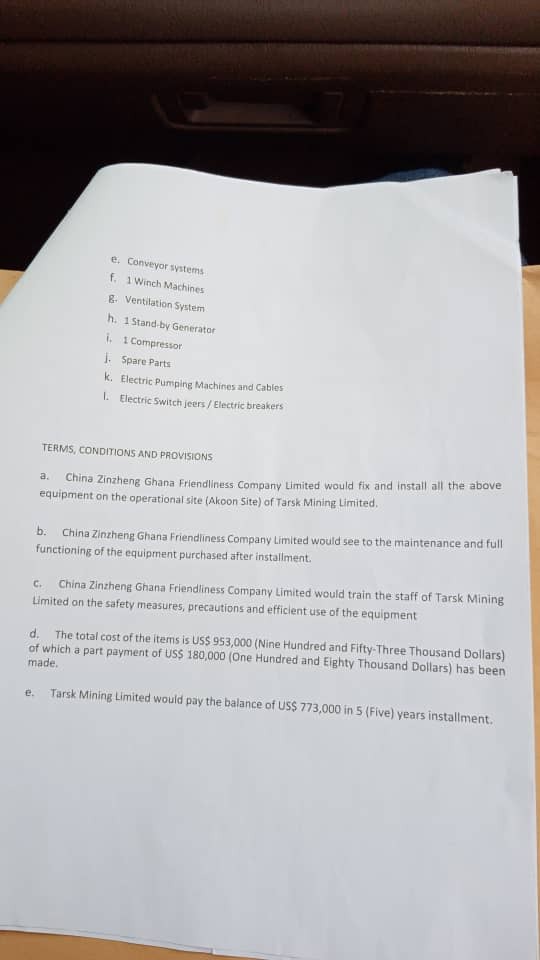 The entire contract sum is $953,000, which was to be paid in full within five years. 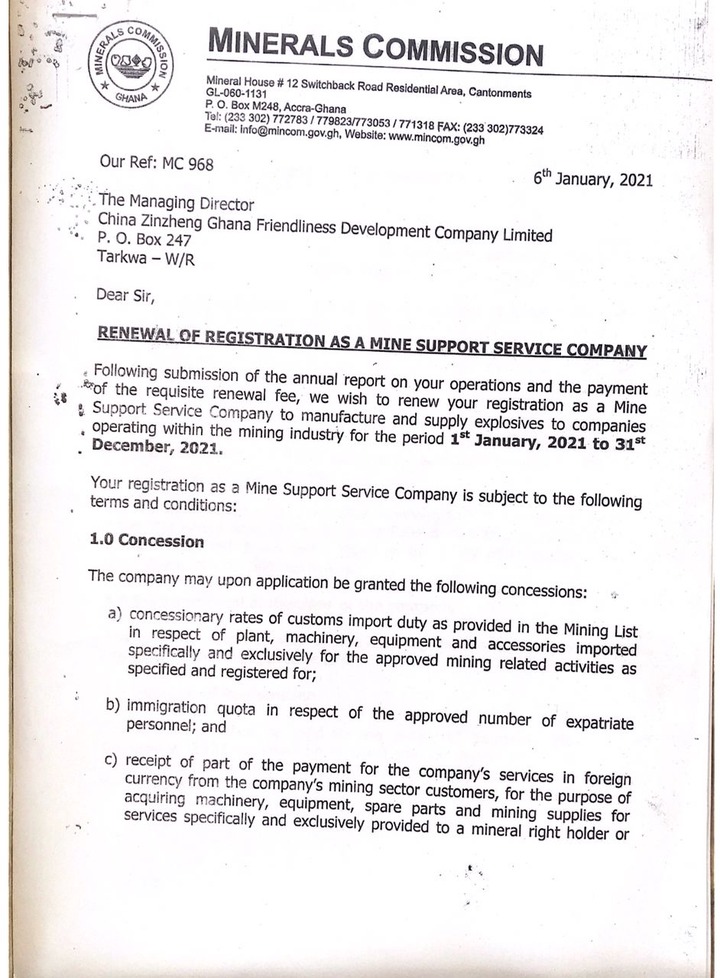 Mr. Judah commenting further on claims raised by the Minerals Commission which was documented in the publication by Herald Newspaper, said their firm did not default in renewing its license. According to him, the company processed their application before the expiration date 25 August 2021.

Tarsk Mining Company Limited sued the Minerals Commission on 3 August 2021 refusing their application to renew their licenses. They are challenging the basis for which the Commission had sited in response to their application, claiming that it is unlawful.

The case is expected to be heard on 31 August 2021, and lawyers of the company, Bosomtwi Sam and Associates are determined to argue this matter out. Already the company has advertised in a press conference a week ago that the Minerals Commission was abusing its authority.

Check Out Photos Of A Model Which Is Causing Waves Online