How a Rock-picking robot could raise $25 million

By Columbusjr (self meida writer) | 24 days 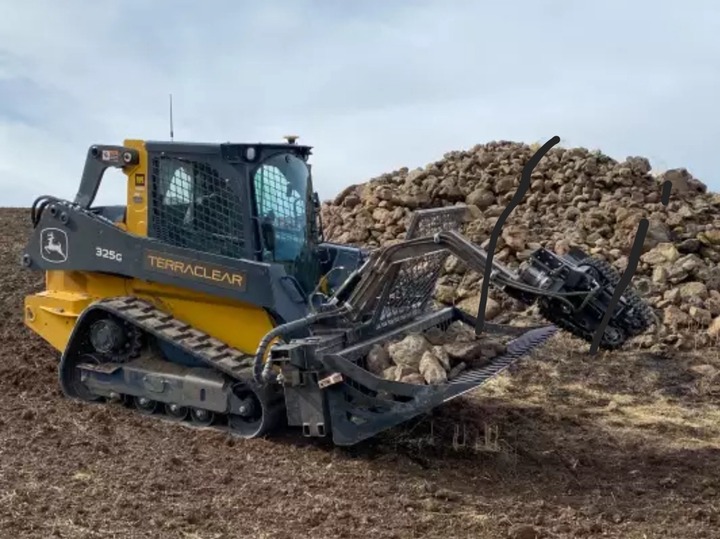 When you think of agricultural robots, collecting rocks may not be the first thing you think of. This is understandable. There are many companies that want to achieve automation, such as picking fruits and vegetables, weeding and plowing the land, but rocks are still the main problem faced by many farmers. They are big and heavy and can really break down a machine.

TerraClear CEO Brent Frei said in a press release: "This is what I have to deal with in my life." "There are more than 400 million acres of arable land around the world that have been waiting to solve this problem profitably. Repetitive tasks like this are the best goal of automation, and the technology we bring to the field greatly reduces the need to prepare the field before planting.

The necessary labor and time. " TerraClear has built an automated robotic solution that can pick up 400 rocks per hour and lift and move rocks weighing up to 300 pounds. As early as 2019, the Bellevue, Washington-based company announced that it had raised $ 6 million to expand its product range, and today announced another $ 25 million in Series A financing.

Madrona Venture Group again led this funding round and its total funding reached US $ 38 million. The funds will be used to expand the company's production and sales next year and increase the number of employees. The TerraClear rock picker robot is now available for pre-order. The system is used in conjunction with cartography and third-party drone systems to use artificial intelligence to identify large rocks, and then robots can deploy large rocks to clean up.

Content created and supplied by: Columbusjr (via Opera News )

Meet The Richest Women In Ghana

How I made my 'cocaine' money - Kennedy Agyapong tells it all.

Good News As President Mahama Receives A Set Of Triplets.