By Far, One of Three Exceptional Leaders in Both Private and Government, that Ghana Should Boast Of.

Mr. Kweku Andoh Awotwi has over 30 years of work experience from different organizations and institutions holding various portfolios. By far, i dare say, he is one of the few brilliant leaders this nation can boast of. He sits on top Boards of both governmental agencies and that of private billion dollar organizations, making a clear statement that, he is indeed, a man of extreme relevance. This has to be noted in our part of the world, where some merely get appointments to Boards because of mere political affiliation. 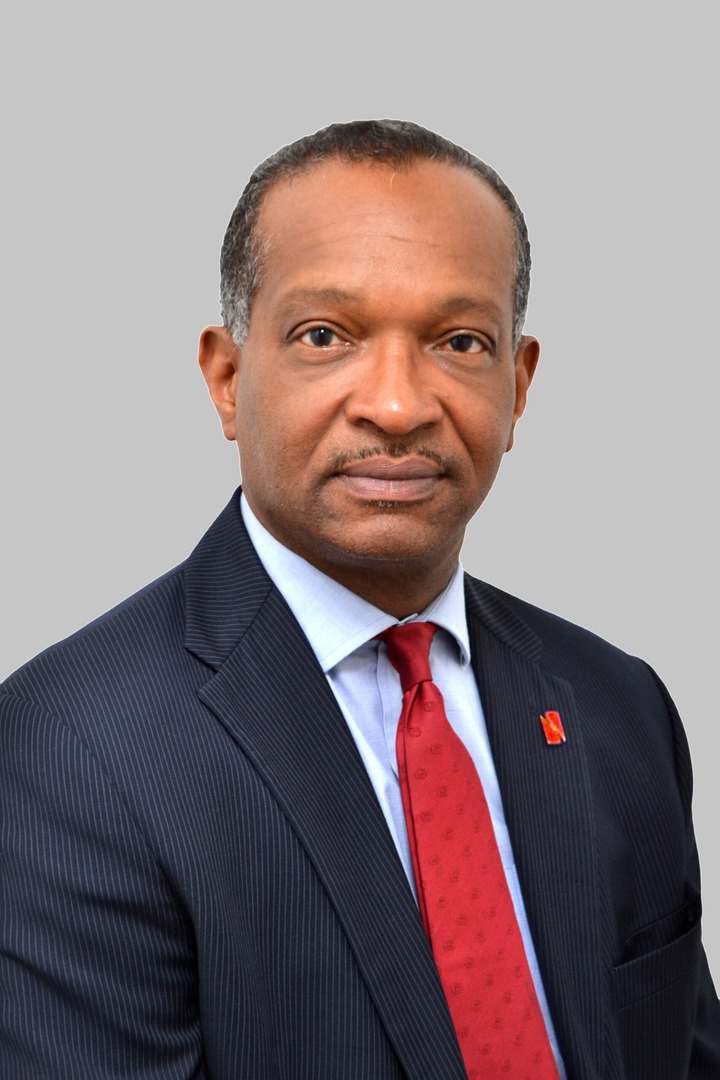 He started his career as a Design Engineer at ITT- Advanced Technology Center and the GE/RCA David Sarnoff Laboratory both in the United States between 1984-1988. He also served as Managing Director responsible for Strategic Planning and New Business at the Ashanti Goldfields Limited from 1998-2004. Mr. Awotwi also served as Manager, Business Planning & Analysis at Kaiser Aluminum & Chemical Corporation from 1990-1998 and a Design Engineer at Advanced Technology Center from 1984-1985. After obtaining his MBA he worked at Kaiser Aluminum & Chemical Corporation in California, USA between 1990-1998, and left as Manager of Business Planning & Analysis for the Primary Business Unit. He then went to work for Ashanti Goldfields Limited between 1998-2004 as Director of Strategic Planning and New Business Development.

Kweku has been involved in a number of entrepreneurial ventures, notable among which include the development and completion in 2019 of the Kpone Independent Power Project. He also became the CEO for Midway Resources International between 2005-2009. In 2009, he was appointed Chief Executive Officer of Volta River Authority, a position he held for just under five (5) years, leaving at the end of 2013. Most recently, Kweku was appointed Managing Director of Tullow Ghana Limited in March 2018 and later promoted to the position of Executive Vice President, Tullow Plc, UK in April 2019 and retired in June, 2020. 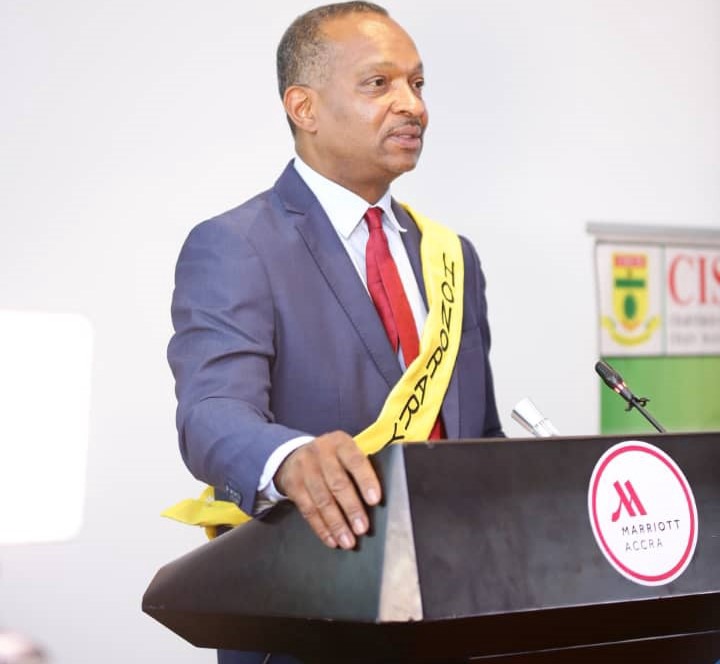 In October 2020, Kweku Andoh Awotwi, was inducted into the Corporate Ghana Hall of Fame, together with 15 other distinguished board chairs and Chief Executives of Public and private institutions by the Business Executive, as Mr. Awotwi who is also the Board Chairman of the Volta River Authority and UBA Ghana was recognized for his outstanding leadership and contributions to Corporate Ghana and the Public Sector.

Mr. Awotwi said then that, it is time for the nation to achieve economic independence, citing an anecdotal example to buttress the point.

Furthermore, he had said “in terms of our institutions, having the right governance, having the right management and these are the things that as leaders we must focus on and think about. How do we make sure that the institutions that we are part of are successful and sustained? I happen to be on the board of Multimedia and I have been on the board for the last 15 to 16 years. We have grown that company form a one radio company to a six radio and two TV Multi TV platform. That takes vision, that takes disciplined, you also must ensure that processes and systems are put in place. But it also means that you need the right people around you”, he had said. 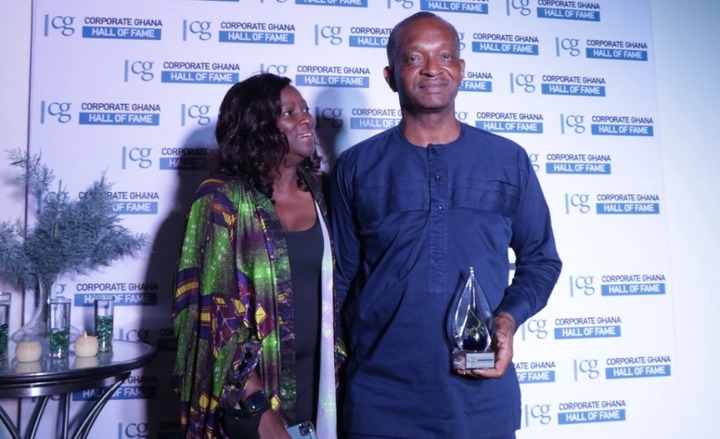 During the 4th edition of the annual Ghana Energy Awards (GEA) in November 2020 also, in recognition of his invaluable service to the country, the organizers had conferred upon Mr. Kweku Andoh Awotwi, the honour of the prestigious Lifetime Achievement Award.

The citation read that, "Having served in several highly demanding capacities in the power and petroleum sectors over decades, Mr. Awotwi has been instrumental in the advancement of significant changes in the energy sector. As a former Chief Executive of the Authority for more than four years, he superintended over untold improvements in VRA’s operational and financial performance. Specifically, the completion of a $330m financing to expand a 220MW thermal plant, building Ghana’s first solar plant, operationalizing the VRA’s distribution company, and introducing the use of financial derivatives to purchase its fuel requirements. For a Ghanaian Manager, he became the Executive Vice President of Tullow Oil Plc, rising from the role of Managing Director of Tullow Ghana, during which time the TEN fields produced its 50 millionth barrel of oil. He was also pivotal in Tullow’s development of the current framework for the company to pursue its Near Field Exploration Opportunities with the aim of extend the company’s production plateau and increase reserves. Under your astute leadership, the Tullow Ghana operations team have delivered significant improvements in the stable production of oil and gas from the country’s two FPSOs. Mr. Awotwi is a professional with 25 years’ experience in the energy and natural resources sector, possessing a deep understanding of corporate governance and business development. “It is not surprising that your strategic vision has been critical in running the affairs of Ashanti Goldfields, VRA and Tullow Ghana, where key successes have been chalked." the citation read in his honour said. 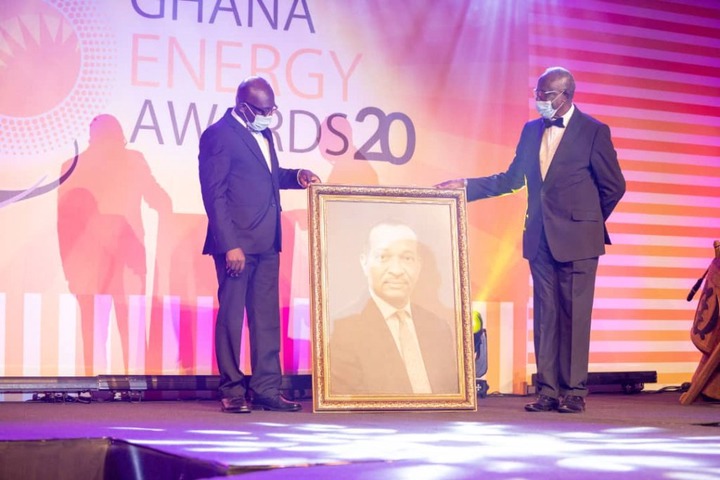 He is indeed a model of leadership and success worth emulating by many of of our public officers, who are getting high positions everyday, but have very little leadership and achievements to show for.

Sad News As Another Terrible Accident Happens At Kyekyewere