By Currentworldnews (self meida writer) | 16 days 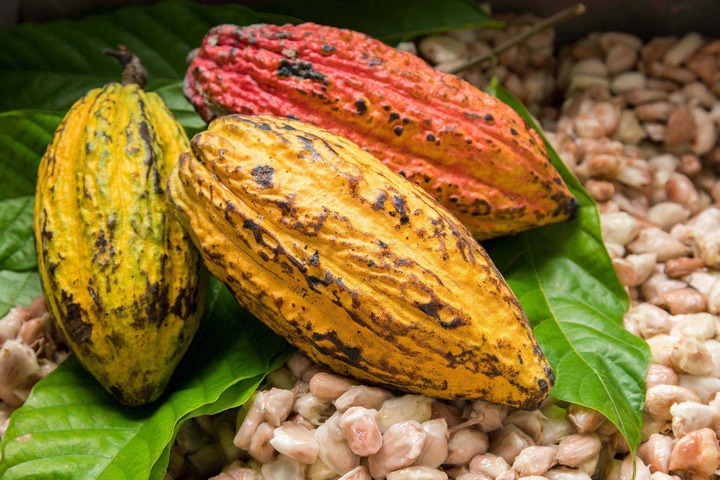 Cocoa is a major cash crop for some countries. It's bean is largely used in the manufacture of Chocolate. Cocoa butter and cocoa liquor are also some of its product. Below are top leading producers of this cash crop.

1. Cote D'Ivoire: The West African nation is the highest producer of cocoa in the whole world. The latest statistics reports that it produced a whooping 2,034,000 tons to the world market in 2020. The country's economy is largely dependant on cocoa export as it constitutes 40% of Ivory Coast total revenue.

2. Ghana: Ghana is the second largest producer of cocoa globally. In 2020 they produced 883,652 tons to the world market. It is estimated that, about 800,000 Ghanaian farmers are directly involved in cocoa production. Cocoa production constitute 30% of Ghana's export revenue.

3. Indonesia : Located in South Asia, it is the third leading producer of cocoa in the world. It's highest peak in cocoa production came in 2009 when it produced 849,875 tons. In 2020 the total production was estimated to be 659,776 tons. This show a decline in the country’s cocoa produce. They are the only non-African country to make it in the top five.

4. Nigeria: Ranked fourth globally for cocoa production, the West African country produced a total of 328,263 tons of cocoa in 2020. Experts believe that the production of cocoa might cease in the next 20years if Nigeria fails to diversify the use of cocoa for different products and controls other factors that inhabits its production.

5. Cameroon : The central African country is ranked the fifth most cocoa producing country worldwide. A total of 295,028 tons were produced last year.

6. Brazil: Popularly known for its production of sugar is also the 6th a leading producer of cocoa in the world. They produced a total of 235,809 tons of cocoa in 2020.

10. Colombia: With 56,808 tons production last year, the South America country is the Tenth leading producer of cocoa in the whole world.