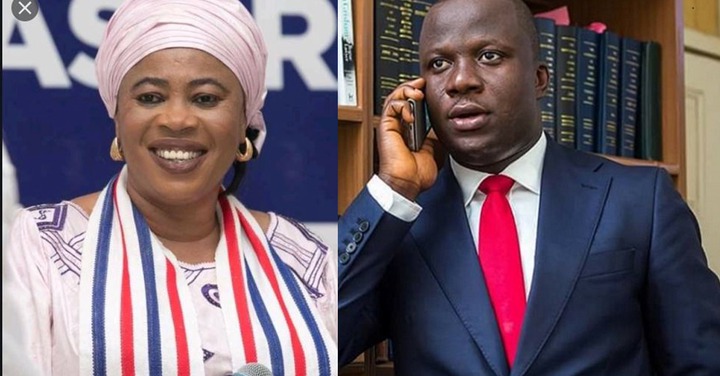 Minister for Lands and Natural Resources, Mr. Samuel Abu Jinapor has finally broken his silence on the brouhaha surrounding the license of Xtra-Gold Resources.

According to the Minister, he has not granted an extension of license to Xtra-Gold Mining limited since he assumed office.

There have been several reports after some eight excavators belonging to Xtra-Gold were set ablaze by the illegal mining task force.

Authorities of Xtra-Gold Mining Limited have indicated that their operations are not related to illegal mining. They are however at a loss on why their excavators were set ablaze.

Speaking at the meet the press series, The Minister for Lands and Natural Resources, Mr. Samuel Abu Jinapor indicated that he has no knowledge of the extension of operations of Xtra-Gold just like any other Ghanaian.

According to him, he only saw the license of Xtra-Gold Mining Limited after the issue of the burning of excavators came up.

“I found out about the issue of Xtra-Gold and their permit just like anyone here. But from the permits I have seen from officials, one is a mining operating permit and that is not an extension of a mining license. But the grant of a lease or extension of license can only be done by the minister. One is also a permit for exploration, which also is not a mining license or lease. If you look at the mining laws, section 14 of act 703 says when a company has an expired mining lease the minerals commission can grant a temporal mining permit pending the determination of extension by the minister.” The Minister indicated.

The minister was however quick to add that, the issue of Xtra-Gold mining permit will be investigated. He says the facts will be made known to all Ghanaians. Responding to allegations indicating some officials of Xtra-Gold visited him at his office, the minister indicated that he operates an open door administration.

“The ministry is investigating the issue and the report will be made available to all of us. It’s an open administration and there is nothing to hide. People come to my office every day, so it’s reasonable for an official of a Company to come to my office. But we work with the spirit of integrity and transparency. There is nothing to hide”. He noted.

Some excavators of Xtra-Gold Mining, a company believed to be associated with the Women’s Organizer of the New Patriotic Party (NPP) Kate Gyamfua were burnt by the task force.

The issue has since raised concerns among Ghanaians after the company released documents indicating its operations are legal.