Kojo Oppong Nkrumah, the Minister for Information has received blasting reactions from netizens over his Facebook post of the controversial E-levy.

The Electronic Transactions Levy which seeks to levy Ghanaians 1.75% on mobile money and other electronic transactions has been met with stiff opposition from the majority of Ghanaians. According to the Minister of Finance, the levy is aimed at generating an estimated GHS 6 billion annually to fund various policies of the government. Ken Ofori-Atta also noted that the levy, if passed, will be a better alternative to going to the bond market and other external sources of borrowing, given that the country's debt stock has reached a distressing level.

In an attempt to explain the basics and importance of the proposed E-levy and to receive feedback and inputs from various stakeholders on how the levy will be implemented, the government held a town hall meeting in the Eastern Premier Hostel in Koforidua this afternoon. Various leading members of the governing New Patriotic Party took turns to explain to Ghanaians, among other things, what the E-levy is about and why Ghanaians should pay. Feedback, inputs, and questions were also taken from those present at the meeting. 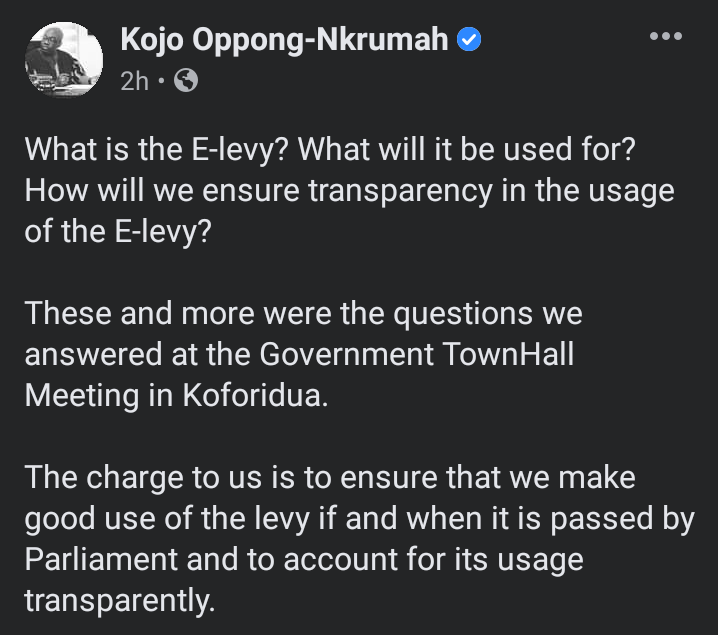 However, it seems scores of Ghanaians are still not in support of the proposed E-levy as they descended on the Information Minister on Facebook as he tried to bring them up to speed with what the levy entails. Most of the reactions made to his post were negative.

Here are some of the reactions from Ghanaians; 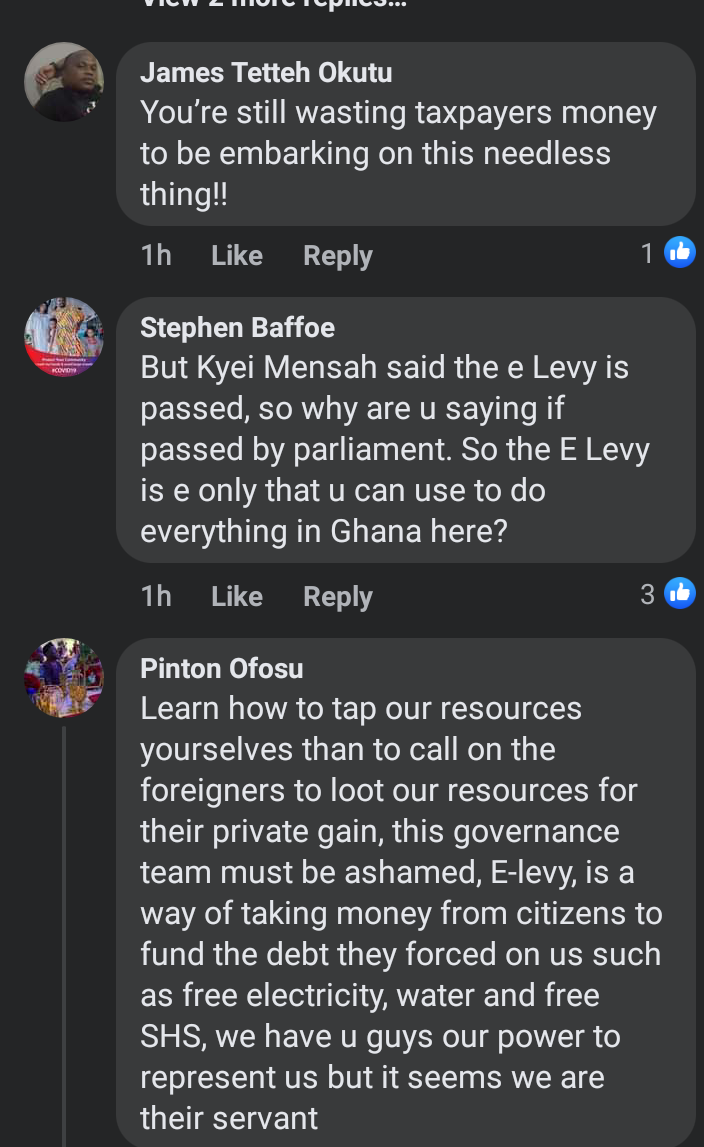 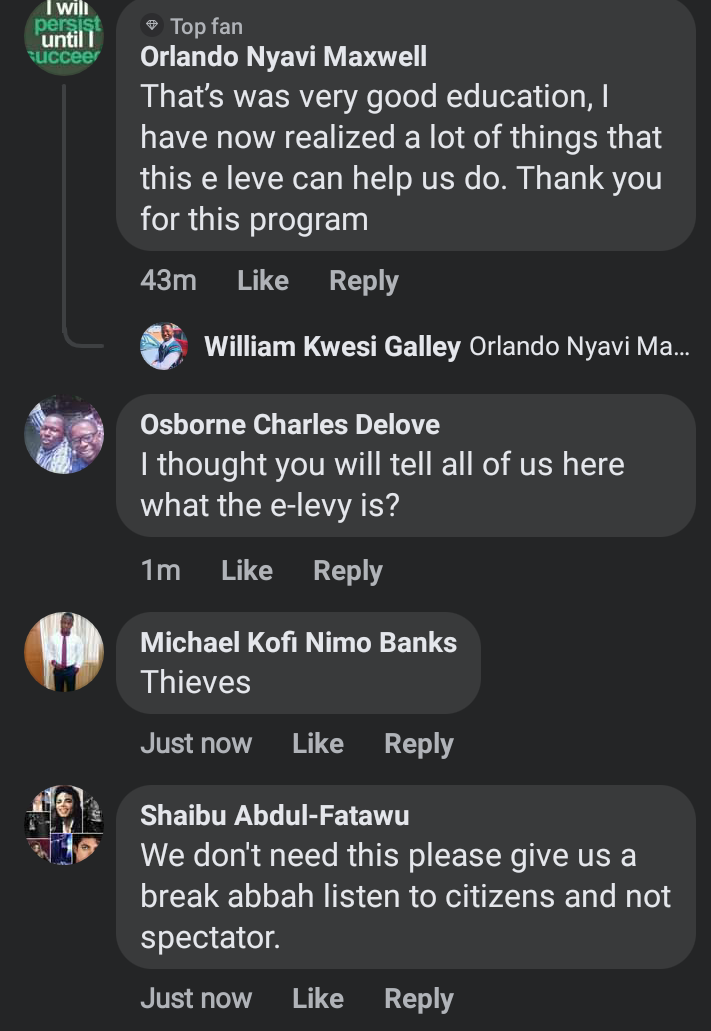 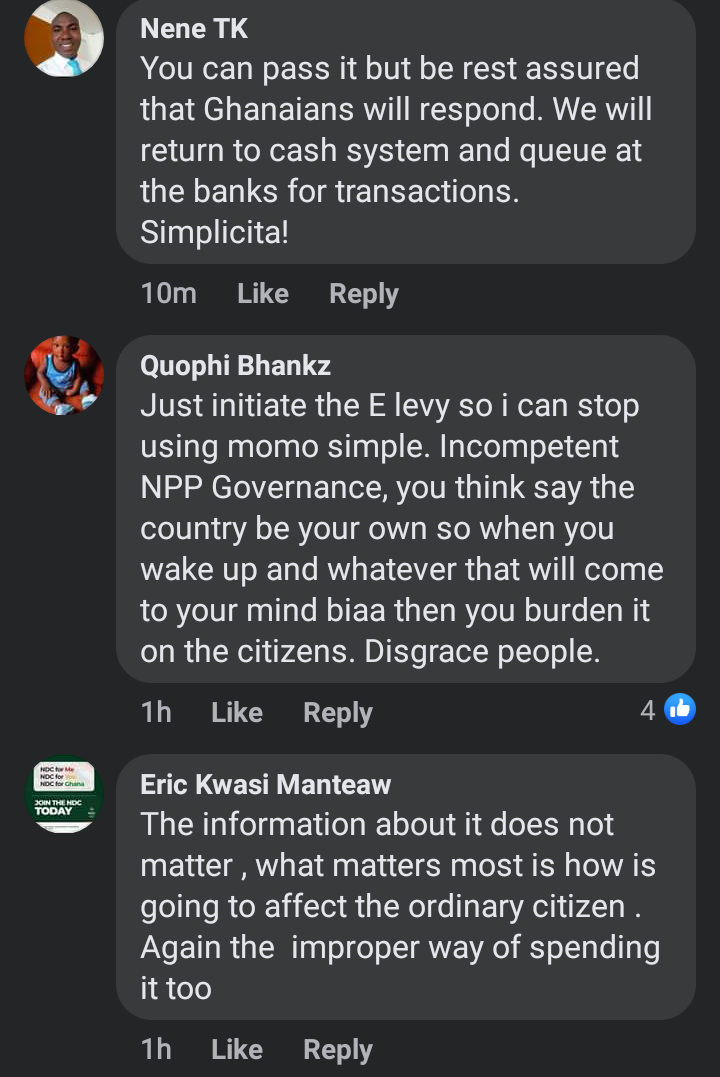 Stop The Lies: Ghanaians Jump To The Defence Of Education Minister Over An Alleged $1.2 Million Saga