NPP Why Is Alan Kyeremanteng The Truthful Economist Instead Of Dr Bawumia?

By Famous_News (self media writer) | 19 days ago 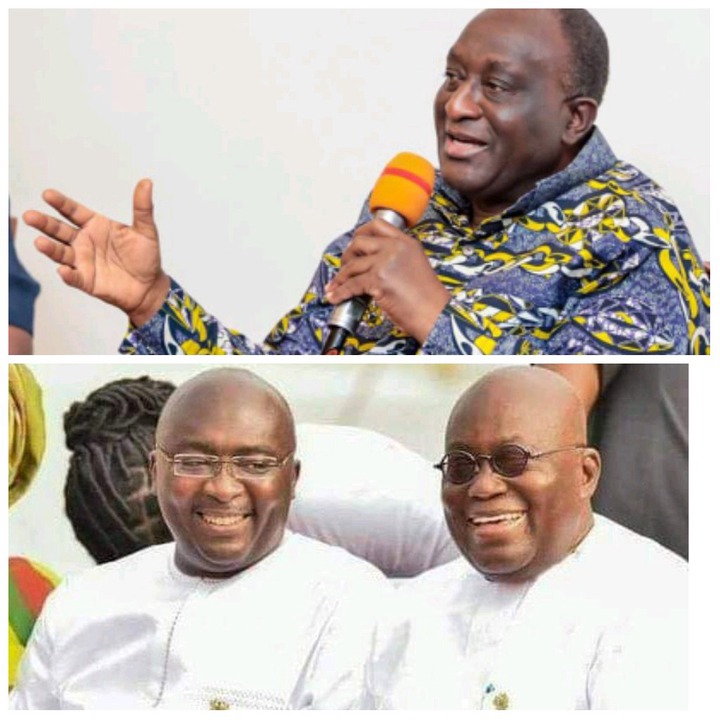 Pictures making around on social media reveals that trade minister, Alan Kyeremanteng is the truthful economist instead of Dr Bawumia ahead of NPP primaries.

Fans of Alan Kyeremanteng could be revealing to Ghanaians the major reason why Ghana's economy is in a mess under the watch of vice president, Dr Bawumia.

Although they may be teasing Dr Bawumia and his fans but they have exposed themselves as they told Ghanaians that Dr Bawumia is a better economic expert than late vice president, Amissah Arthur in 2016.

Run up to 2016 elections, the New Patriotic Party led president Nana Akufo-Addo and Dr Bawumia told Ghanaians that they will transform Ghana within 18 months if they come to power because Dr Bawumia have worked at Bank of Ghana before and know how the country's money is being used.

NPP made a lot of things known clear to Ghanaians on the Mahama's bad economy but today, why is some NPP folks telling Ghanaians that Alan Kyeremanteng is truthful economist in NPP party? Are they telling Ghanaians that what former President, John Dramani Mahama said about Dr Bawumia as being "super incompetent" by mismanaging the economy to be true?

It has come to a notice that NPP has exposed themselves on the economy they find many ways to defend but one picture has exposed them. Clearly, NPP is telling Ghanaians that they don't deserve to be giving power in the next election because what they told Ghanaians about Dr Bawumia is a lie and they have performed poorly as not expect from them.

I may ask the NPP that why is Alan Kyeremanteng the truthful economist instead of Dr Bawumia ahead of their flagbearership race next year?

See the picture shared by Ghanaians on social media stating that Alan Kyeremanteng is the truthful economist.