Samuel Abu Jinapor, Minister of Lands and Natural Resources says the 2022 Budget is geared at delivering wealth to Ghana's young. The 2022 budget, according to the Damango MP, is establishing the foundation for recovery, hope, and fulfilling the aspirations of the Ghanaian people in general. Above the years, the country has struggled with graduate unemployment, with a recent World Bank estimate placing the ratio at over 12 per cent. 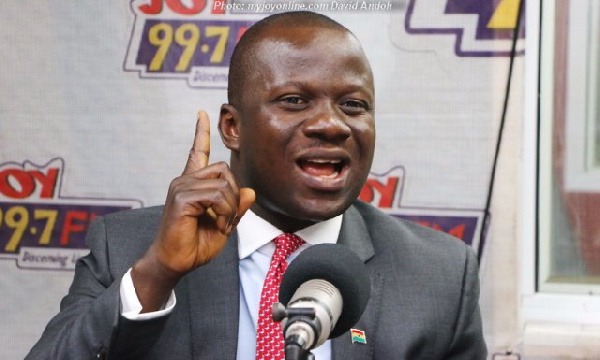 Mr Jinapor argues the budget contains measures aimed at fostering an innovation process in which young people are encouraged to explore business ideas that will result in the creation of large numbers of employees. Abu Jinapor acknowledged the country's existing issues when speaking on the floor of Parliament during the budget discussion. He told President Akufo-Addo, however, that he has sufficiently addressed the issues posed by the Covid-19 epidemic.

"In times of struggle, it is critical for government to react to its share of the social contract; the President Akufo-Addo administration will respond to its portion of the social contract," he stated. A rigorous assessment of all economic indices during the Akufo-Addo government, according to the Minister, indicates a superior performance relative to the earlier NDC administration. He cited GDP growth of more than 7% to the end of Covid-19.

Mr Abu Jinapor said that President Akufo-Addo has a strategy to address the country's structural unemployment and is more than prepared to stand by her people during these trying times. As a result, all of the NPP administration's initiatives, including NABCO, Planting for Food and Jobs, and One-District-One-Factory, have been aimed at creating jobs.

"Making implementation of these initiatives proves that President Akufo-Addo and his cabinet are capable of resolving our country's unemployment crisis."

He cited the "YouStart" initiative in the 2022 budget, in which the government has put aside Ghc1 billion to assist young entrepreneurs, as a game-changer in the country's fight against unemployment.

"Whatever President Akufo-Addo is urging the government's youths, youngsters, is that you must begin... You start something and carry on with whatever concept you have."

This same Damango MP underlined the leadership's massive investment in research through the Free SHS policy and the decision to extend to TVET as evidence of the Nana Addo administration's commitment to putting Ghana's future on a solid foundation via employment generation.

For something like the fiscal year 2022, the government plans to spend GH137.5 billion. The figure, which accounts for 27.4 per cent of GDP, marks a 23.2 per cent growth over the estimated output of GH111.6 billion in 2021. Compensation for workers is expected to be GH35.84 billion, goods and services are expected to be GH9.14 billion, and interest payments are expected to be GH37.44 billion. Another spending, which includes Energy Sector Levies (ESL) transfers, payments to Independent Power Producers (IPPs), and financial sector charges (GAT capitalization), is anticipated at GH9.96 billion.