95 licenses are presented to GNASSM by the Lands Ministry.

By redghnew (self media writer) | 1 month ago 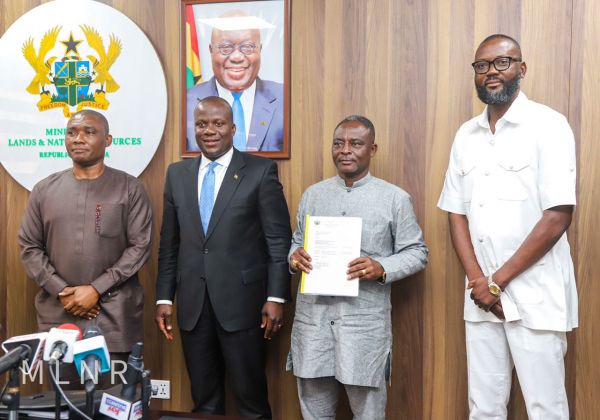 The Ghana National Association of Small Scale Miners has received 95 signed permits from the Ministry of Lands and Natural Resources (GNASSM).

The Minister for Lands and Natural Resources, Hon. Samuel A. Jinapor, stated that the issuance of the licenses is an affirmation of the government's commitment to the growth of the small-scale mining sector during a brief ceremony held on Tuesday, June 28, 2022, to present the mining licenses to members of the Association.

The Minister outlined the government's goal of building a comprehensive value chain that will preserve value in the mining industry.

He said that the government is creating a brand-new small-scale mining industry that will be characterized by ethical mining, employment opportunities, and better living conditions for miners and mining towns.

According to him, the government has adopted two strategies as part of its effort to accomplish the aforementioned goals.

The principles of reform at the Minerals Commission and other institutions, as well as the efficient enforcement of laws, are examples of the techniques he identified as being reformation and law enforcement.

He emphasized that the government will fight illegal mining with ruthlessness and that those who disobey the law will be dealt with accordingly.

"Those who refuse to participate in responsible small-scale mining should be aware that the Ministry will pursue them brutally." No excuses will be offered and all measures will be strictly implemented.

According to the Minister, as long as the government continues to crack down on unlawful mining operations, the seizure and dismantling of mining equipment will proceed unabatedly.

He said that a campaign to create a new gold purchasing mechanism, like the Produce Buying Company in the cocoa sector, is being driven by Vice President Dr. Mahamudu Bawumia.

In line with this model, he claimed that gold purchases would take place under a strict regime overseen by the Bank of Ghana. As a result, he made a plea to the SMA's members to assist the government in achieving the goals of the new drive.

In a presentation, the Hon. George Mireku Duker, the Deputy Minister in Charge of Mines, outlined the government’s support for the small-scale mining sector, including the improved relations between the Ministry and the GNASSM.

He further disclosed that the government, through the Minerals Commission, has introduced a mechanism that allows for easy application and granting of mining resources.

The General Secretary of the GNASSM, Mr. Godwin Armah, expressed gratitude to the Sector Minister for accommodating and implementing some proposals made by the group.

He said the Association will continue to partner with the government to ensure that the mining sector is developed to its apex. 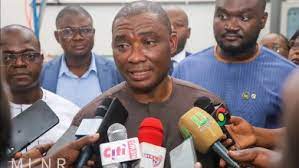 Content created and supplied by: redghnew (via Opera News )

If Kennedy Agyapong Becomes Ghana’s President, This Is What Will Happen In The Country