How Bad is, "Corruption"

By mumuniyakubu34 (self media writer) | 9 days ago

Corruption is a pervasive problem that affects societies and economies around the world. It is defined as the abuse of power for personal or private gain. Corruption takes many forms, such as bribery, embezzlement, and nepotism. It is a major obstacle to economic and social development, as it undermines the rule of law, hinders economic growth, and erodes trust in government and institutions.

One of the most damaging effects of corruption is that it undermines the rule of law. It undermines the principle of fair play and equal opportunities, giving an unfair advantage to those who are willing to pay bribes or engage in other forms of corruption. This in turn undermines the trust of people in the government and institutions, which are meant to ensure justice and protect the rights of citizens. 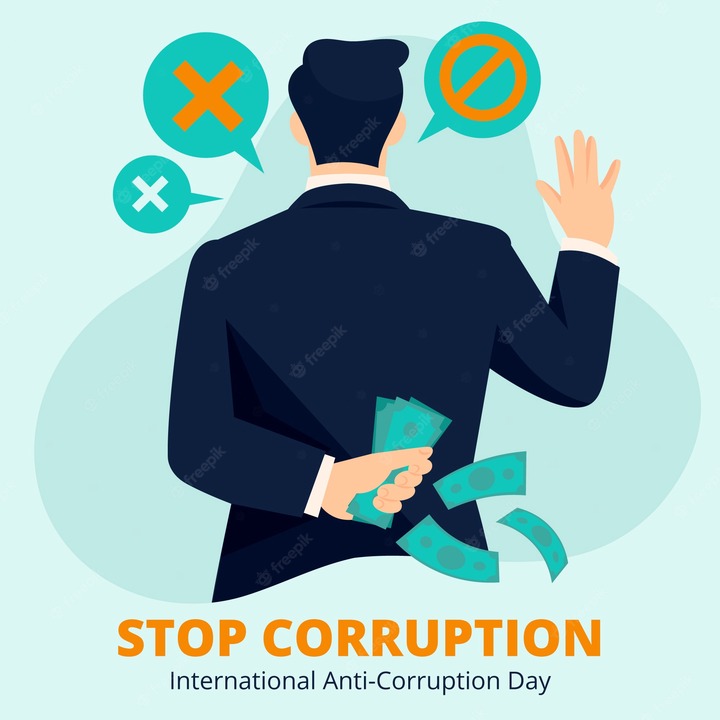 Corruption also hinders economic growth by distorting the allocation of resources and creating an uneven playing field for businesses. When public officials demand bribes or engage in other forms of corruption, it raises the cost of doing business and creates a barrier to entry for small and medium-sized enterprises. This makes it difficult for these businesses to compete with larger, well-connected firms, which can afford to pay bribes. As a result, corruption can lead to a lack of competition and stifle innovation, which is vital to economic growth.

In addition to its economic costs, corruption also erodes trust in government and institutions. When people perceive that public officials are using their positions for personal gain, they lose faith in the abilityof hereegovernment serve the public interest. This undermines the legitimacy of government and institutions, which can lead to a lack of public participation in the democratic process and a disinterest in public affairs.

The fight against corruption is a difficult but necessary task. It requires a multifaceted approach that includes legal reform, strengthening institutions, and promoting transparency and accountability. One of the most important steps is to strengthen institutions that are responsible for fighting corruption, such as anti-corruption agencies, auditors, and ombudsmen. These institutions must be independent and have the power to investigate and prosecute corruption cases. 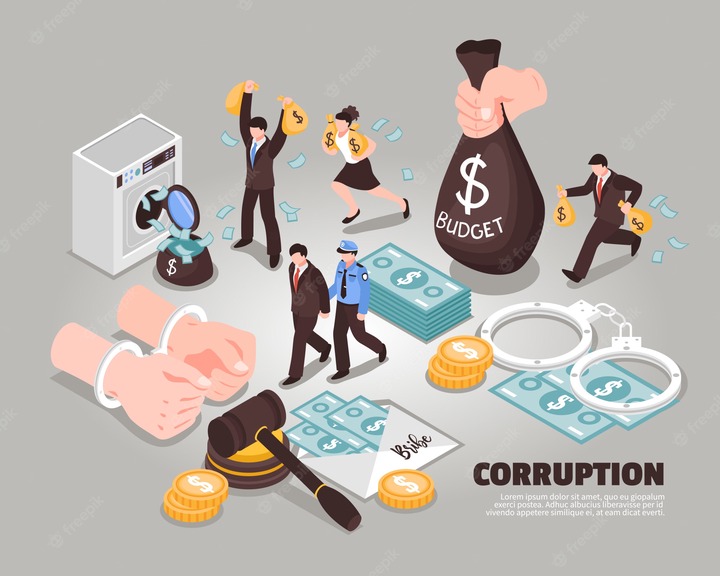 Another important step is to promote transparency and accountability in government. This includes passing laws that require public officials to disclose their assets, passing freedom of information lawlaws andreating mechanisms for citizens to report corruption. Additionally, civil society organizations play an important role in fighting corruption, by monitoring government activities, and educating citizens about their rights and how to report corruption.

In conclusion, corruption is a serious problem that affects societies and economies around the world. It undermines the rule of law, hinders economic growth, and erodes trust in government and institutions. It is a multifaceted problem that requires a multifaceted solution, including legal reform, strengthening institutions, and promoting transparency and accountability. It is important to fight corruption at all levels, from the local to the national.

Content created and supplied by: mumuniyakubu34 (via Opera News )