Ghana Earns ¢72m Annual Revenue On Toll Booth: The Roads Minister Must Be Made To Pay It–Mornah

By Guudey (self media writer) | 7 days ago 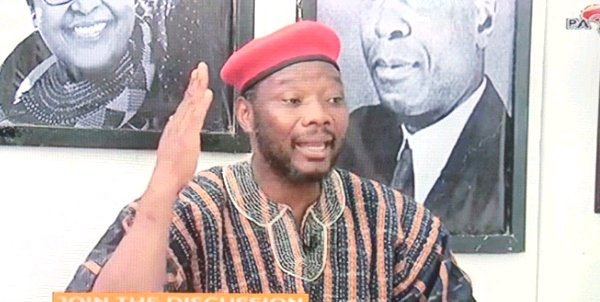 The former chairman of the People's National Convention (PNC), Hon Benard Ambataayela Mornah, has stated that the sudden suspension of the collection of money across the 38 toll booths in Ghana will make the government lose an annual revenue of a staggering 72 million cedis annually. And so, for the reversal of this impending loss, the Roads Minister, Hon Amoako Atta, who put that order must be made to refund all these monies for single-handedly taken that move.

Speaking on the Good morning Africa show on Pan African TV, he said the collection of tolls at the toll booth was even emphasized by the vice president such that those monies would be used in constructing of new roads and maintaining new ones. He estimated that on daily basis, government makes around ¢19, 762 on the toll booths alone and so yesterday, we lost such amount and today we losing another of such money and the roads minister must suffer the penalty of such losses.

"You know our roads minister is always in a haste to take action. You remember when some people were constructing along a particular road, he just went and told them to stop imediately. On yearly basis, the government earns ¢72m. This means we lost ¢19,762 yesterday and we are losing the same amount today. The roads minister, who is responsible must be made to pay for it." He declared.

Meanwhile, whilst touching on those who were rendered jobless following the decision, he said most of the toll collectors are people with disability and so this decision is only going to worsen their case. He was quick to add that, the government's decision of reassigning such people is empty since he believes that the government has no plans of engaging them in anyway. He said the serious but poor sellers at the various toll booths cannot regarded as people engaged in illegal business since they creatively engage themselves and pay taxes to the government.

And it is such money they feed on, pay school fees, pay water bills and taxes. "I feel uncomfortable under this unthinkable government." he stressed.

Content created and supplied by: Guudey (via Opera News )