NUGS Officially Petition Speaker Of Parliament To Probe Into This Issue

By Currentworldnews (self media writer) | 4 days ago 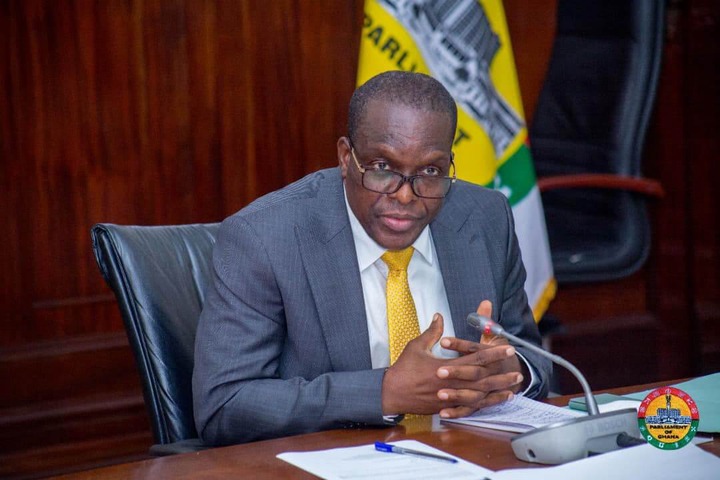 The National Union of Ghana Students (NUGS) has petitioned the Speaker of Parliament, Alban S. Kingsford Bagbin to investigate the mass failure recorded in the law entrance examination conducted by the Ghana Legal Council (GLC).

NUGS appeal comes after GLC, unlike previously where students who hit the 50% pass mark are qualified for admission said students this year must obtain at least 50% in each of the two sections in the exams to be eligible for enrollment.

The Union released a statement on its official Facebook page on 12th October 2021 and has urged Parliament to summon the Council to explain new examination rules it said contributed to the failure of the majority of candidates who sat for the Law examination. 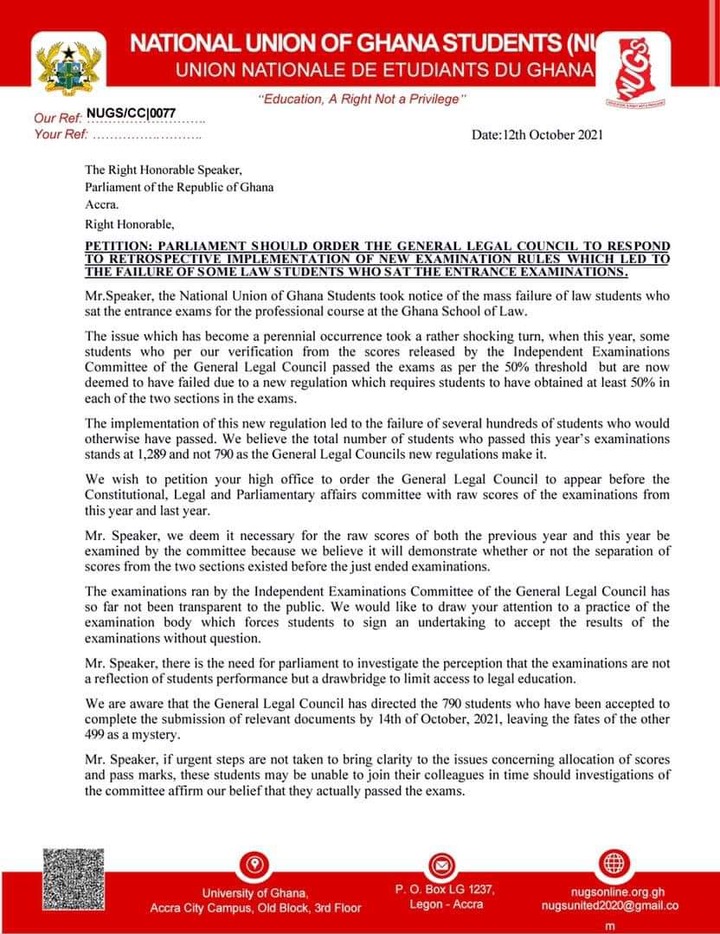 “Some students from the scores released by the GLC who passed the exams as per the 50% threshold are now deemed to be failed due to new regulation which required students to get 50% in each of the two sections in the Law,” it stated.

According to the Students Union, it believes the total number of candidates who passed the Law entrance examination administered in August stands at 1,289 and not the 790 as the General Legal Council (GLC) has announced.

“We wish to petition your high office to order the Council to appear before the Constitutional, Legal and Parliamentary Affairs Committee with raw scores of the examination from this year and last year,” NUGS said in the release.

It further said the examination conducted by the Independent Examinations Committee of the General Legal Council (GLC) has so far not been transparent to the public, hence the need for the examination results to be examined.

“Mr Speaker there is a need for Parliament to investigate the perception that the examinations are not a reflection of students performance but drawbridge to limit access to legal education,” leadership of NUGS urged Kingsford Bagbin.

The National Union said the General Counsel has directed the 790 passed students to complete the submission of relevant documents by Thursday, October 14, 2021, leaving the fate of the 499 ‘failed’ students in their hands. 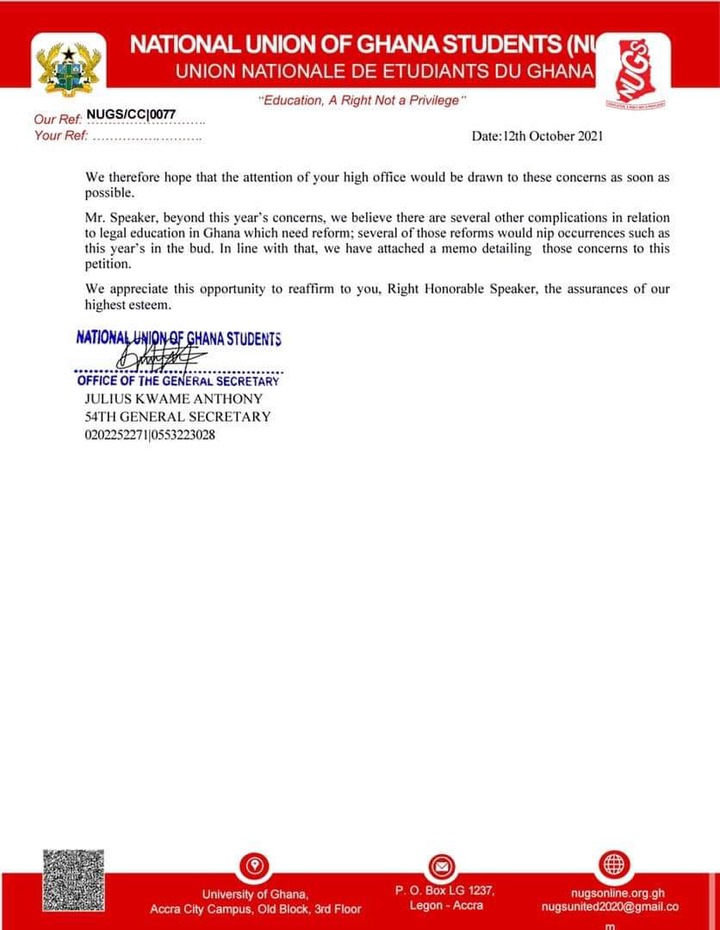