For defiling a JHS student, the headteacher was sentenced to 15 years in prison.

By BassTV (self media writer) | 8 months ago 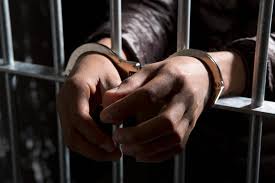 An Accra Circuit Court convicted a 44-year-old headteacher who was hired to educate a 15-year-old Junior High School (JHS) student but defiled her to 15 years in prison.

George Agyekum has entered a not guilty plea to the charge of defilement.

However, at the conclusion of the trial, Christina Cann's court found him guilty and condemned him accordingly.

The complainant, according to Prosecuting Chief Inspector Kofi Atimbire, is a shopkeeper who lives in Shaibu, near Dansoman, Accra.

According to the prosecution, the complainant shared a home with the 15-year-old student.

It stated that the accused, who is now a convicted criminal, was the headteacher of a private school in Shaibu with the name suppressed.

The victim and her colleagues were asked to remain in the school for "successful teaching and learning" as part of the preparation for the 2021 Basic Education Certificate Examination, according to the prosecution.

On September 6, 2021, in the evening, Agyekum informed the victim that her father had hired him to teach her at the school, according to the prosecution.

Agyekum allegedly took advantage of this by luring the victim into his Shaibu Night Market room and having sex with her.

According to the prosecution, Agyekum handed the victim $50.00 after the act to spend on whatever she wanted.

According to the report, on September 7, 2021, Agyekum offered the victim some pills to take and insert so that she would not become pregnant.

According to the prosecution, after obtaining the drugs, the victim refused to follow Agyekum's instructions and told "a Good Samaritan" about her incident.

It was alleged that on September 17, 2021, the complainant went to the Dansoman Police Station's Domestic Violence and Victims Support Unit and reported the situation.

According to the prosecution, the complaint was given a Police medical form to send the victim to a hospital for inspection and treatment.

Agyekum was later apprehended by the police.