Maxwell Baah, Atta Sekyi and Peter Akompe were crossing the N12 highway at Sankore Resurrection Power Ministry junction when an overspeeding driver knocked all three down. All three students on their way to school this morning, did not alter a word as all three died on the scene of the accident. 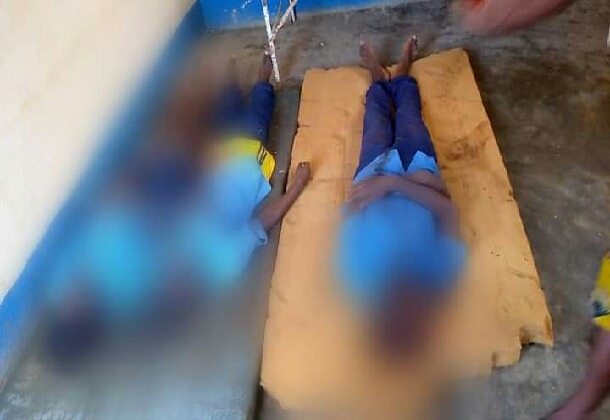 Maxwell, the first to be hit, was walking ahead of all the three friends when the car crushed him. Maxwell sustained injuries to the head and all his legs were broken as the car dragged him after hitting him.

Atta Sekyi and Peter Akompe tried running back to the pedestrian lane but the driver to the Nissan hatchback, followed them there and crashed them all to death. Atta somersaulted twice in the air before crashing the windscreen of the car. 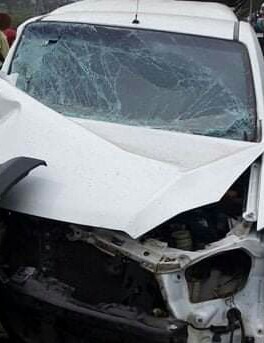 Peter Akompe was pined to the accident guides on the road before dying. Peter could have survived the accident, but the car pinned him so hard to the extent of his intestines coming out of his anus, an eyewitness stated.

The unidentified driver to the Nissan vehicle did not obtain any critical injuries as his seating belt, held him tight to the driver side seat after the accident. The driver, took to his heels after he was rescued from the wrecked car.

Frank Owusu, a motorcycle rider who witnessed the accident, was first to rush to the aid of the victims but all three students were already dead when he tried saving them. One was already under the car when I got there.

He had been dragged beneath the car while the remaining two were on the car. None of them seemed to have a life in them during the rescue to the hospital, Frank Owusu explained.

Frank, from his narration, tried saving the three students before attending to the driver, but none of the students was alive. Frank together with other commuters on the road, rescued the driver from his seat, but the driver took to his heels and run to the bush when they were able to bring him out of the car.

The cause of the accident hasn't been confirmed but from the narration of Frank Owusu, the driver was overspeeding and that caused the accident. If the driver was using a minimum speed, the students would have been saved, Frank added. 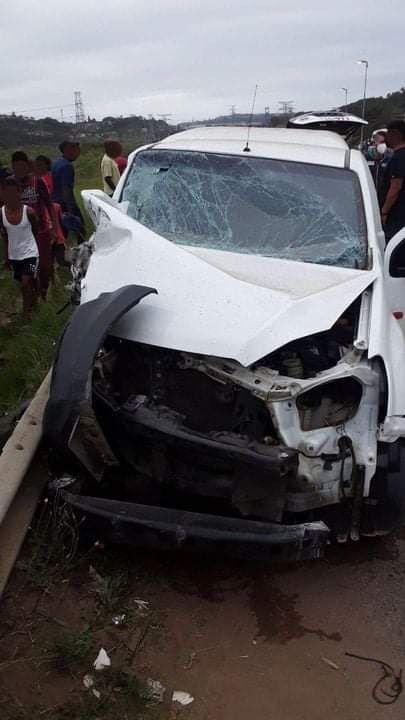 The three students of Royal East Academy Preparatory School (Reap), were on their way to school when they met their untimely deaths. All three has been taken to the Sankore Hospital mortuary while the driver to the Nissan vehicle is still on the run after crashing all three to death.