By Bronzeman (self media writer) | 4 months ago

Education is a very important aspect of raising a child. The future of a nation is dependent on how strong its education sector is. SHS is an acronym for Senior High School, and there are so many such schools in Ghana. The importance of a child attending a top-notch SHS cannot be overemphasized.

It can be quite difficult to pick out the best senior high school in Ghana considering the huge number of options available. When rating high schools, there are so many criteria to consider. To save you the stress of searching through the long list of schools in Ghana, we have come up with this article.

This SHS was established in 1836 by Mrs. Harriet Wrigley. She was married to the second Methodist missionary to visit the Gold Coast. The school began with only 25 girls, and her goal was to ensure that the girls learned basic catechism and housekeeping skills.At the time, classes were held in the manse, in a hall close to Victoria Park. Over the years, the school has grown to become one of the most reputable in Ghana. It has produced students with excellent results in WAEC, continuing the tradition of excellence. 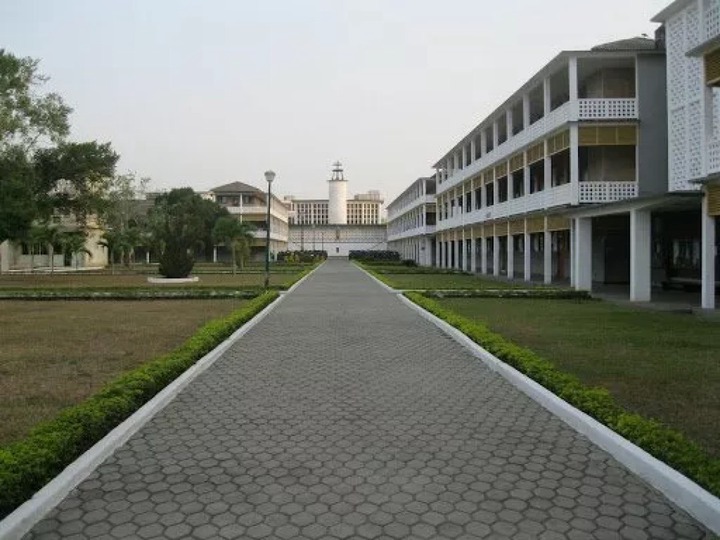 St. Augustine’s College is an all-male academic institution in Cape Coast, Ghana. The school started at Amissano, a village near Elmina, in 1930.

The Roman Catholic institution was established to serve as a training college and a seminary. The school was named after St. Augustine of Hippo (354–430 AD). The motto of the college is Omnia Vincit Labor, meaning "Perseverance conquers all". The school has a total of 11 houses. 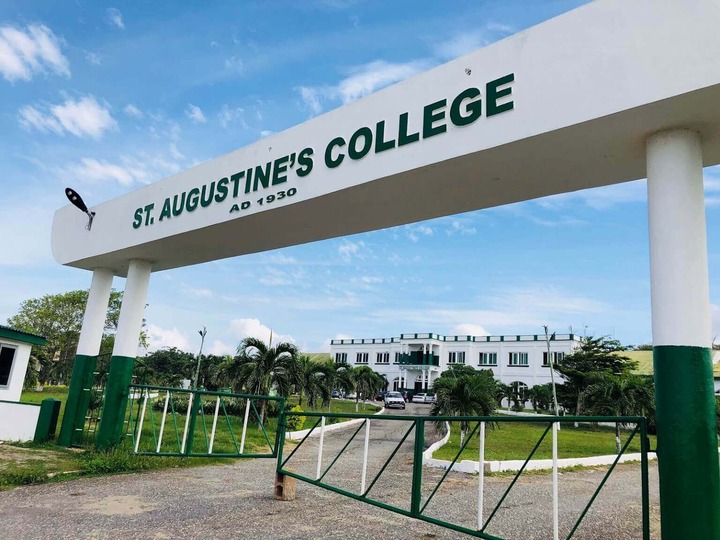 This is another boys-only school on this list. The school currently has an estimated population of about 1300 students. The school also provides accommodation and boarding facilities onsite for students. Students of Opoku Ware School fall between the age range of 14 to 18 years. This school is recognized as one of the most competitive in Ghana, especially with respect to the new upward trend in education. Over the last few years, the school has produced some of the brightest minds in Ghana and has some well-known individuals among its alumni.

St. Peter’s Senior Secondary School, or PERSCO, is a Roman Catholic boys’ senior high school in the Eastern Region of Ghana. The school was established in 1957 by the Divine Word Missionaries (SVD). The school is located in the town of Nkwatia Kwahu on the Kwahu Ridge.

The school also has 5 dormitory blocks, which play home to 6 houses. The school offers subjects spread across three categories: arts, business, and science. The school has a reputation for producing the highest number of medical doctors in Ghana. Apart from this, the school has won numerous competitions, including the Ghana Science and Mathematics Quiz.

Achimota School is a co-educational boarding school located at Achimota in Accra, Greater Accra, Ghana. The school was founded in 1924 by Sir Frederick Gordon Guggisberg, Dr. James Emman Kwegyir Aggrey, and the Rev. Alec Garden Fraser. It was formally opened in 1927 by Sir Frederick Guggisberg, then Governor of the British Gold Coast colony. The school has educated many African leaders, including Kwame Nkrumah, Edward Akufo-Addo, Jerry John Rawlings, and John Evans Atta Mills, all of whom are former Heads of State of Ghana. Former President of Ghana, John Dramani Mahama, had his primary education there, while former Prime Minister of Ghana, Kofi Abrefa Busia, also taught at Achimota.

Prempeh College is one of the most beautiful senior high schools in Ghana. It is located at Sofoline in Kumasi in the Ashanti Region. The school has an exceptional entrance, which is breathtaking.

In 2004, it had the highest number of matriculating students into the Kwame Nkrumah University of Science and Technology, 441. The school has also won the National Robotics Competition a record three times, as well as the Toyota Innovation Award in 2016.

This school is a second-cycle female institution located in Cape Coast, Ghana. It was named one of Africa's top ten schools in 2003 after producing the best female student in the SSSCE that year. The school also produced the second-best student in the 2017 WASSCE. The school, which was established in 1946, currently has over a thousand students aged between 14 and 18 years. The school is reputed to have so many notable alumni, including Akosua Agyapong and Philomena Nyarko.

One of the best and most beautiful schools in Ghana is PRESEC-LEGON, as it’s known by all. It is an all-boys school and is located in Accra.

It was founded in 1938 under the auspices of the Presbyterian Church of the then Gold Coast, now Ghana. The school’s motto is "In Lumine Tuo Vide Limus." The school’s colour is blue.

This is one of the oldest schools in Ghana, established in 1876 as an all-boys school with the aim of fostering moral, intellectual, and spiritual growth among them. At its inception, it was known as the Wesleyan High School, and its first headmaster, James Picot, was only 18 years old when he was appointed. Several other schools in Ghana were born from this school, including Prempeh College and Achimota School. The school has won numerous awards and is notable for having several high-flying alumni.

Please share with your friends and family. Pass your comments as well.