10 Of The Oldest Universities In The World

10 Of The Oldest Universities In The World 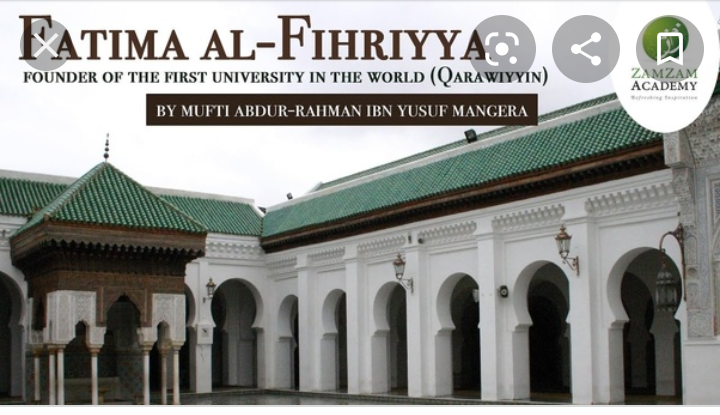 Centers of higher education have been around for hundreds of years, and even millennia in some cases, but not all withstand the test of time. Over the centuries, many of the world’s oldest universities have disbanded, split into autonomous colleges or become modernized beyond all recognition.

The ancient institutions that are here today are significant for their historic legacies and for proving their ability to adapt to modern contexts and remain relevant in a globalized world in spite of intense competition.

Here we cover some of the oldest universities in the world, all of which feature in one of the QS rankings. Most are located in Europe, due to the particularly impressive number of longstanding and prestigious universities in this region, but there’s also an African representative to consider.

The ‘Nourishing Mother of the Studies’ according to its Latin motto, the University of Bologna was founded in 1088 and, having never been out of operation, holds the title of the oldest university in the world. Until relatively modern times, the university only taught doctorate studies, but today it has a diverse range of programs at all levels.

Located in Bologna, Italy, it has an enrolment of around 87,760 students, of which 6,400 are international students. Famous alumni include three popes, numerous businessmen and several Italian politicians. The University of Bologna is ranked 160th in the QS World University Rankings® 2021.

With an alumni list that includes 28 UK Prime Ministers, 20 Archbishops of Canterbury, 12 saints, 27 Nobel laureates, 50 Nobel Prize winners and one Sir Stephen Hawking, the University of Oxford is as respected as it is old.

While the university’s exact foundation date remains a little vague, evidence of teaching dates as far back as 1096, and some claim it was established even earlier.

The University of Salamanca was founded in 1134 and given the Royal Charter in 1218, making it Spain’s oldest institution, after the now defunct University of Palencia.

Located to the west of Madrid, it was the institution where Christopher Columbus made a case to obtain royal support for his Indies expedition in the late 15th century.

The University of Salamanca is ranked in the 601-650 range* of the QS World University Rankings 2021 and caters to around 26,746 students across its nine campuses.

Established between 1160 and 1250 in the French capital, the University of Paris, often known as ‘la Sorbonne’, is known to have been one of the first established universities in Europe, although it was suspended from operating between 1793 and 1896, following the French Revolution.

Today, the University of Paris is scattered throughout the city, having been divided into 13 autonomous institutions in 1970, all of which maintain the high reputation of the original university. Of these 13, the highest-ranked are Sorbonne University (a new merger of Paris-Sorbonne University and Pierre and Marie Curie University, ranked 83rd in the world) and Université Paris 1 Panthéon-Sorbonne (joint 287th).

Discover more of the top universities in Paris here.

Sharing many common traditions, Oxford and Cambridge maintain a healthy sense of rivalry, which comes to a head in the famous annual Boat Race event. Cambridge has around 23,247 students, of which 5,340 come from outside the EU.

The University of Padua – Università di Padova or UNIPD – was founded in 1222 (although some evidence puts it before this date) and is one of a number of medieval universities in Italy still operating.

Currently ranked joint 216th in the world rankings, after rising 18 places this year, the Università di Padova is notable for its revolutionary early research in astronomy, law, medicine and philosophy.

It now hosts around 62,500 students in the city of Padua, the setting of William Shakespeare’s famous play The Taming of the Shrew. In 1545, the Università di Padova established the Botanical Garden of Padova, now one of the oldest academic gardens in the world. It also runs nine museums.

Founded in 1224 by Frederick II, emperor of the Holy Roman Empire, the University of Naples - Federico II is located in Naples, Italy’s third-largest city and one of the oldest continuously inhabited cities in the world.

The University of Naples Federico II is placed joint 392nd in the world rankings (up 32 places in 2021), teaching a wide range of programs to a student community of around 80,000. Among its most famous historic alumni is the philosopher and theologian Thomas Aquinas.

Located in the small city of Siena in the Tuscany region, the University of Siena is another of the oldest universities in the world with a strong global standing, currently ranked 651-700 in the world (down from 601-700 in 2020).

With enrolment numbers upwards of 20,000, the University of Siena campus comprises almost half of the city’s entire population. The city center itself, also of historic importance, has been declared a UNESCO World Heritage Site and is visited annually by over 163,000 tourists who come for the food, the art, the museums and the medieval heritage.

Although originally established in the Portuguese capital in 1290, the University of Coimbra (431st in the world rankings), was relocated a number of times by demanding kings, finally ending up in Coimbra, the country’s third-largest urban center and home to much Roman-era history.

With a student community of just over 24,000, the University of Coimbra has been through many radical reforms, and for decades in the 18th century it was the only operating university in Portugal.

In 2013, the University of Coimbra was added to the UNESCO World Heritage List in recognition of its historical buildings, open courtyard, cultural traditions and stunning city-wide views.

Despite not gaining university status until 1961, Al-Azhar University deserves a mention in this list as it was originally established as early as 970 AD in Cairo, Egypt. Originally a ‘madrasa’, teaching students from primary to tertiary level, Al-Azhar University was first known as a center of Islamic learning but has since developed a modern curriculum of secular subjects, ensuring its survival.

Through its time, the school has seen much political instability, most notably in the 12th century when a new dynasty took power and destroyed over 100,000 texts. Today, Al-Azhar University is ranked 51-60 in the QS Arab Region University Rankings 2021. In addition to traditional studies, the school also offers programs in business, economics, science, medicine, engineering and agriculture.

Billionaire Father Gives Daughter, Based In UK, Just an equivalent of 2,885.00 Cedis Monthly.

Culture Of Silence? Sammy Gyamfi Reacts As Captain Smart is Taken Off Air

There's Nothing Like That. Kojo Oppong Nkrumah Reacts To Culture Of Silence Creeping Up In Ghana.