History To Repeat Itself?; Two Possible Schools Who Can Win NSMQ 2021.

By _Genuinenews (self media writer) | 10 months ago 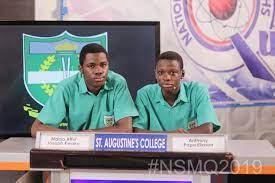 The study of science has transformed the fortunes of many country. There is no developed country that can boast that it owes its current developed status to religion or attitudes. There is always the mention of science. It is for this reason why much emphasis is placed on the study of science related courses right from the primary level straight to the tertiary level. When mentioning science as a course , social sciences such as economics, sociology amongst others, are excluded due to its "irrelevance" in the discovery of technology. 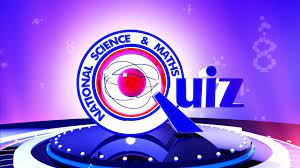 As part of the measures to increase and promote the study of science in Ghana, much emphasis is placed on the famous "National Science and Mathematics Quiz". The history of this quiz can be dated back up to the late 90's, specifically 1993. The purpose behind the inception of that quiz was to foster a healthy competitive rival amongst students. Truly, this aim has been achieved and thus, renders the initiative an applaudable one.

As it stands now, Ghanaians are awaiting the upcoming contest this year. Potential schools on several interviews have promised fireworks on that day. This promise was thirty percent fulfilled during the regional championship. Presbyterian Boys Secondary School, Mfantsipim School, Prempeh College, St. Peter's Boys Secondary School, Tamale Senior High School, won the regional championship in the Greater Accra, Central, Ashanti, Eastern and Northern regions. In this article, we are going to meet the potential winners of the National Science and Math Quiz and the possible three schools to meet in the finals based on this predictions. 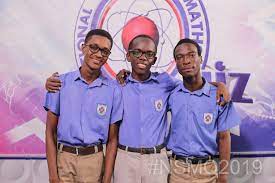 1.Presbyterian Boys Secondary School is currently the demigod of the quiz as they have an outstanding record of win in six years; 1995, 2003, 2006, 2008, 2009 and 2020. They have made an appearance at the finals for nine times. Out of this nine, they won six times and were the first runner ups on three occasions. They met Opoku Ware School in the year 1995 and floored them. Prempeh School beat them at the finals in the year 1996. They re appeared in the year 2003 and gained their lost glory after beating Opoku Ware again. In the year 2006, 2008 and 2009, they beat St. Peter's Secondary School, Prempeh College and Achimota School. Finally, the retained the trophy in 2020. As it stands now, PRESEC is a potential winner of the quiz in 2021. 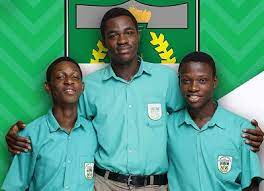 2.St. Augustine's College is one of the schools who floored the reigning gods of NSMQ, Presec in the year 2019. That one not enough, they won the Central Regional Championship in that same year, 2019. They met with Kumasi Anglican Senior High School in the year 2007 and they won.

The three possible schools to meet at the final are the same schools who met on the 2019 finals; St. Augustine's College, St. Peter's Secondary School and PRESEC. 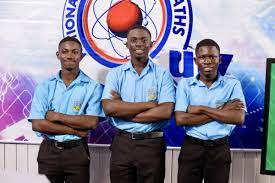