Before we unfold the life chapters of this great African, let's reflect on this statement of his: "I'm as much or more interested in Africanisation as any politician. But we have to get the right people. Most of these politicians see no reason why their relatives shouldn't be given jobs. I try to explain that the civil service is not a dumping-ground for party folks. But many of them fail to see why it shouldn't be." 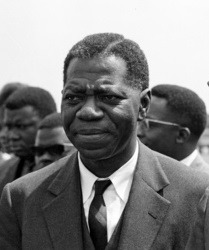 Observably, he was a pragmatic leader and a man of justice. He fought restlessly for the masses and ensured that everyone got where they deserved to be, and no one was disadvantaged. In contrast to his personality, although also a great leader, is Osagyefo Dr. Kwame Nkrumah, who was described as an idealistic person.

Professor Robert K.A. Gardiner quadrupled as the Officer-In-Charge of the United Nations Operation in Congo (from 1962 to 1963), Director of the Department of Social Welfare and Community of the Gold Coast (from 1953 to 1955), Permanent Secretary of the Ministry of Housing of Ghana (from 1955 to 1957) and Executive Secretary of the United Nations Economic Commission for Africa (from 1962 to 1975).

He also served as the Commissioner for Economic Planning of Ghana (now Ministry of Finance, from 1975 to 1978).

Professionally, Gardiner was a University Professor, a Civil Servant and an Economist.

It is therefore not surprising that he was the only African to become the first Director of Extramural Studies at the University College in Ibadan, Nigeria in October 1949. 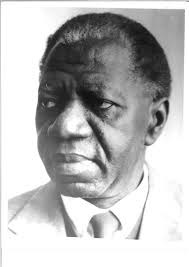 Additionally, the renowned African was appointed to Chair the Commonwealth Foundation from 1970 to 1973. During this period, he was also serving as a Visiting Professor of Economics at the University of Strathclyde. He held this role until 1975. From 1974 to 1977, Gardiner was a Senior Consultant at the University of Cape Coast.

We cannot also forget his role as the Chairman of the Board of Directors of the Post and Telecommunications Corporation.

During his early years in the University, Robert was described in the statement below:

"He was one of the blackest Africans I have ever seen...His expression was wistful, yet purposeful, like that of a man with few illusions but determined not to be got down by his experience...He was the only man who at that stage had a real insight into the political and social structures of the country and who was bold enough to challenge the narrow policy of the university."

Due to his enormous contributions to Africa and the world at large, an Italian President, Giovanni Leone awarded him a Gold Medal in 1975. His name was also captured in Donald Robinson's 1970 book titled "The 100 Most Important People in the World Today."

He was further inducted into the Order of Volta in March 1978 for his service as the Commissioner for Economic Planning.

Not only that, Robert was honoured with nine University Degrees in Ghana, United Kingdom and the United States of America.

Gardiner died in Accra on April 13, 1994 at the age of 79. Professor Gardiner was married to Linda Charlotte Edwards, a Jamaican, and together, they had three children (two daughters and a son).

John Dickie and Alan Rake made this interesting statement about Professor Robert Gardiner: "A warm, emotional and intensely human father-figure, whose tolerance and idealism are expressed with a gentle persuasiveness, which seems almost out of place in today's bustling and violent world."