The Plight Of The Ghanaian Rural Basic Student

By Ghana'shomenews (self media writer) | 3 months ago 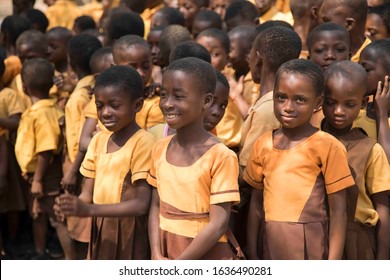 Over the past decades, governments in its desire to promoting the concept of quality education,has in recent past , been adapting significant measures to make the quality of Ghana,s education a global competitive in the world market.However, after colonial rule in some parts of the African continent, of which Our beloved country ,Ghana ,cannot be of exception, the quality of the educational system felt into major crises of which the Ghanaian Rural Basic Student is the major carrier of such a regretful burden.

For the sake of much emphasis, when l mean the basic rural student or learner, it suggest those learning students in the deprived areas, especially, villages, who cannot have access to quality education.

The major concern is, if government, in its great enthusiasm to promoting a competitive global education for the near future, why the difference in the rendering of quality education among our basic school Learners?

It is important to contribute that these differences in the delivery of quality education specifically, is mostly seen between those in cities and in the rural areas.

Let us take an in-depth look into some major contradictions between the rural students or Learners and that of the urban learner in terms of resources availability sharings.

For learning to gain grounds to its fullest, the provision of learning resources both human and materials cannot be over emphasized.It is when these said resources availability, when present in any given learning environment, that a given society can boast of gearing towards that journey to achieving its strong envisaged dreams, particularly, the best out of the many available options in terms of proper education.

However, it is seen and observed that ,no matter the extent to enhancing quality education the poor Ghanaian Rural learner is often discriminated when it comes to human resource skills sharing, especially Teachers who are the major implementer's stakeholders to quality education delivery.Most Teachers to this extent are often seen overcrowding in cities of basic schools, whilst the rural learner, probably is seen with only one resource personal handling all areas to be impacted to the learner which is always known by the lead stakeholders, especially, GES. Worth mentioning in line with this is the massive transfer of the few available Teachers in the rural areas to the already overcrowded ones in the cities with known secrets between the said transfer Teachers and the lead stakeholders, to be specific GES officials.

The paradox of this is, if government in actual reasons wants to close the gap between the rural leaner and the city basic learner, why this discriminatory act between the said Learners whose visions are all geared towards building the same progressive society?

It is an unfair practice to look into another dimension when the Same Learners are equipped with learning resources like text books, well equipped laboratories and even the award of scholarships to some famous learning environment like the city basic learner to the neglect of the rural basic leaner. What a big plight and if l may suggest a discriminatory act to the rural learner (s).

How would one conclude to say that, with this differences among these two said of Learners, the same vision for all, would strongly be achieved?

It therefore directs that if government, in their efforts to meet their envisaged vision towards quality education delivery, then it is humbly a suggestion to government and its stakeholders to cast their nets beyond the city basic learner to including the deprived basic learner, to realize their Educational potentials.Not only this would be enough, but to this extent, would liberate the deprived learner to move beyond their poverty to become the future strong economy pillars geared towards building a progressive society.

My humble opinion for thought !!

Content created and supplied by: Ghana'shomenews (via Opera News )

I was taught strategic security communication; ministers who must be sacked for non-performance

JUST IN: Ghana’s 40-Man Squad Is Reportedly Out- Check It Out

“This is Why Ghanaians Shine in Italian League” - Top Agent Reveals