Aburi Girls Senior High School is a Presbyterian boarding school for girls located in Aburi in the Eastern Region of Ghana. The school which was formally established as a secondary school for girls in 1946 has produced many distinguished alumnae. However because of the numbers, we have decided to highlight a few prominent ones amongst many.

Here are the profile of the few we have highlighted below; 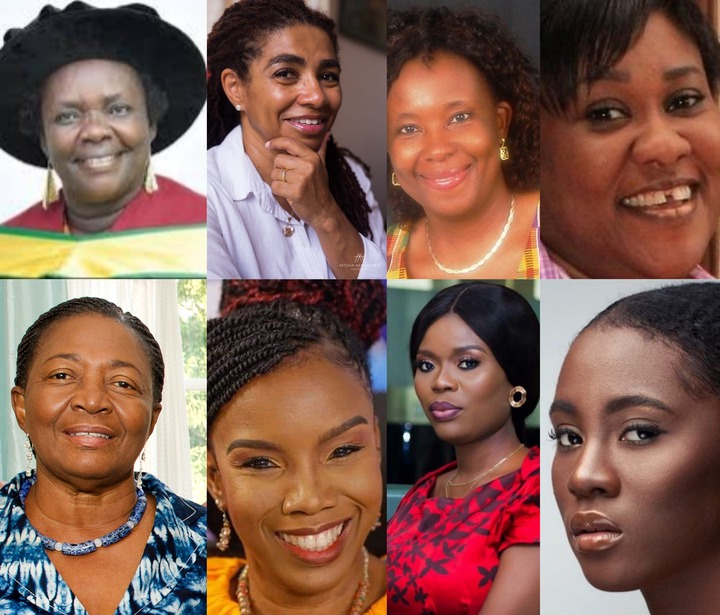 Mrs. Ernestina Naadu Mills was Ghana's former first lady during the reign of her late husband H.E Prof. John Evans Atta Mills. She was also former second lady when her late husband was Vice President between 1997 and 2001.

A prominent alumna of Aburi Girls Senior High School, Mrs. Naadu Mills was a teacher and taught for many years including at her alma mater Aburi Girls, becoming a Director of Education with the Education Service. 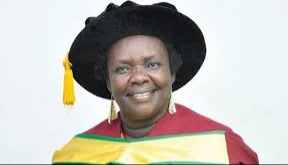 An alumna of Aburi Girls Senior High School where she obtained her Ordinary Level Certificate, Prof. Esi Awuah is the first/foundation Vice Chancellor of the University of Energy And Natural Resources (UENR) in Sunyani from 2012 to 2016. She was also the second female Vice Chancellor to assume this position in a public University in Ghana.

Prior to becoming VC, she was Head of Department, Civil Engineering at Kwame Nkrumah University of Science and Technology (KNUST) in Kumasi. She became Dean of the Faculty of Civil And Geomatic Engineering and held other positions in the University.

She had her BSc degree in Biological Sciences at the Kwame Nkrumah University of Science And Technology (KNUST) in Kumasi. She obtained a master's degree in Environmental Sciences in the United States at the State University of New York, College of Environmental Science and Forestry. She was awarded a fellowship from the Netherlands government to pursue a PhD in Waste Water Treatment (Sanitation Engineering) at the IHE Delft Institute for Water Education.

Prof. Awuah has received numerous awards and recognitions, notably UNESCO Mondialogo for Innovative Research in Engineering in 2007 amongst others.

She loves music and she composed University of Energy And Natural Resources (UENR) and University of Health And Allied Sciences (UHAS) University Anthems. She has a gospel album and a member of the Methodist Ghana Singing Band.

She received one of the highest honors of the state, Order of the Volta, Officer division for her role in Sanitation, Environmental and Engineering education in Ghana in 2016. 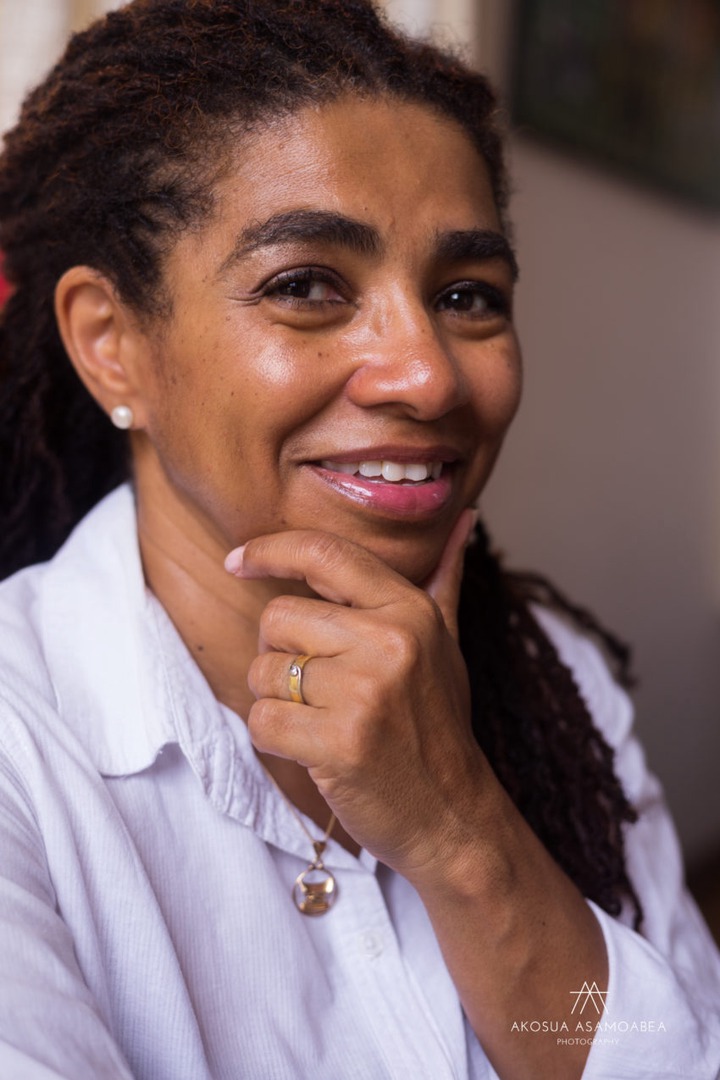 An old student of Aburi Girls Senior High School, Prof. Akosua Adomako Ampofo holds a BSc in Architecture and MSc in Development Planning all from the Kwame Nkrumah University of Science And Technology (KNUST). She also holds a Postgraduate Diploma in Spatial Planning from University of Dortmund, Germany and a PhD in Sociology from Vanderbilt University in the USA. 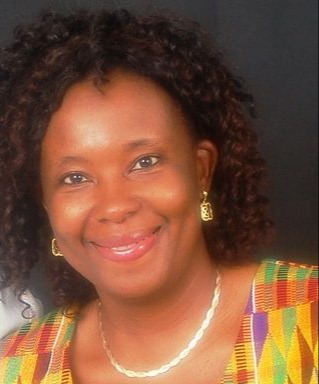 An old student of Aburi Girls Senior High School, Dr. Sylvia Josephine Anie is a Chartered Scientist and a fellow of the Royal Society of Medicine, UK. She is also a member of Royal Society of Chemistry, UK and a Management Professional.

The Eminent Scientist holds a patent for the discovery of a compound used in Magnetic Resonance Imaging (MRI) of the Gastro Intestinal Tract in her doctoral research at the University of Manchester in 1990.

She was named as an African Science Hero by Planet Earth Institute for her research, public health work and efforts to promote access to health and education for women.

In 2015, the International Development Organization, Water Aid, UK appointed the chemist to serve on their board of trustees.

Also known for her work in International Policy Formulation and strategic planning, she served as Director of Social Transformation Programmes Division of the Commonwealth Secretariat in London. She addressed the UN General Assembly in a statement on HIV/AIDS prevention and treatment in Commonwealth Nations, having also served as Director of Policy Planning, Research, Monitoring and Evaluation at the Ghana AIDS Commission.

Professor Elsie Effah Kaufmann is a biomedical engineer and academic who is the current quiz mistress of the popular National Science And Maths Quiz.

After her secondary education at Aburi Girls, she proceeded on scholarship to the United World College of the Atlantic in Wales where she obtained an International Baccalaureate Diploma. She proceeded to the University of Pennsylvania where she obtained her Bachelor of Science in Engineering, Master of Science in Engineering and PhD in Bioengineering. After her graduate studies, she received postdoctoral training at Rutgers University, serving also as Fouding Director of the Cell Biology Laboratory at the New Jersey Center for Biomaterials.

Broadcast Journalist, Lawyer and Diplomat, Francisca Ashietey Odunton is a known presonality who was one of the most adored faces on screens as presenter/news reader on Ghana Television (GTV).

An alumna of Aburi Girls and Kwame Nkrumah University of Science And Technology (KNUST) for her BA degree in English, she joined Ghana Broadcasting Corporation (GBC) in 1990. Having been called to the bar in 1997 and obtained her master's degree from the London School of Economics, she is also a graduate from the United Nations University in Tokyo, Japan. She served in various capacities at GBC from Senior Production Assistant to Presenter, News Reader, Producer, Director, Editor and Presidential Correspondent. She became Chief Editor and then worked at the legal department. She became Deputy Director General of the corporation and Acting Director General.

In 2017, she was appointed Ghana's Ambassador to Kenya and served for four years. Last 2021, she was reappointed to Ambassador but this time to Turkey.

Delay started her broadcasting journey on radio as a presenter on Life FM at Nkawkaw and has worked at Top Radio and Oman FM all in Accra.

Born Christie Quincyna Quarcoopome, singer Cina Soul as known in showbiz circles had her senior high education at Aburi Girls and then University of Ghana for her tertiary education.

The Universal Music group signee was finalist at the Vodafone Ghana Music Icons Competition in 2014 and has since gone on to release classic tunes including the hit Ojorley.

These women and many others have contributed positively to impact society in their various fields of endeavour.

Please since there are many prominent personalities from this school, please add the names in the comment section.

Could This Be The Evidence To Show That Albert Donkor Was Not An Armed Robber?

Alan Kyeremanten Shares Photo Of The Woman Who Gave Birth To Him. Check It Out

Check Out What A Ghanaian Boldly Said About John Mahama; Causes Massive Stir.