Video: Mr. Stephen Adei is an impostor, not a professor - Kevin Taylor

By NewsGhana24 (self media writer) | 1 year ago

Kevin Taylor the host of With All Due Respect by Loud Silence Media has revealed that Mr. Stephen Adei is an imposter and not a professor. This comes in the wake of Prof. Adei saying Prof. Jane Naana Opoku-Agyeman's qualification essential but not sufficient to merit the vice president's status in Ghana.

According to Kevin Taylor, Prof. Adei cannot prove he is a professor because it was conferred on him at an ordinary conference by the Africa Leadership Forum. It was at this event that the title was conferred on him by the institution in Zimbabwe which did not have the required status confer such an academic status on anyone. 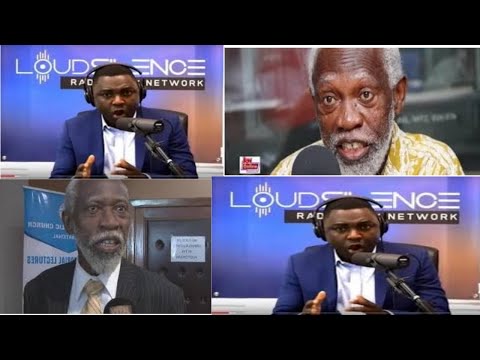 He revealed that Prof. Addie was quizzed in court and he confirmed it.

According to  Kevin Taylor, he was asked...Prof. Adei, are you a professor? He responded in the affirmative and further revealed how he obtained the status. Per the information revealed.

Kevin Taylor challenged him to respond to the issues he has tabled against him. The journalist said the title has been conferred on people in many fields. Azuma Nelson was known as the boxing professor whiles Mohammed Polo was known as the professor of dribbling.

He stressed that, Mr. Stephen Adei is an impostor, not a professor and that he was ready to prove him and challenged the information he has put out. A visit to Wikipedia revealed that Prof. Adei holds a Ph.D. in International Economics at the University of Sydney. However, there is no mention of professor status.

Kevin Taylor said, if Mr. Stephen Adei wants to talk about the NDC running mate Prof. Jane Naana Opoku-Agyemang, he should bring his academic credentials and clear himself of the allegation.

He said there were some issues that happened while he was the chairman of Berge Capital and also was a board member of EPA and that the 'crime' that took place led to his resigning.

Content created and supplied by: NewsGhana24 (via Opera News )