By GeneralConceptMedia (self media writer) | 6 months ago 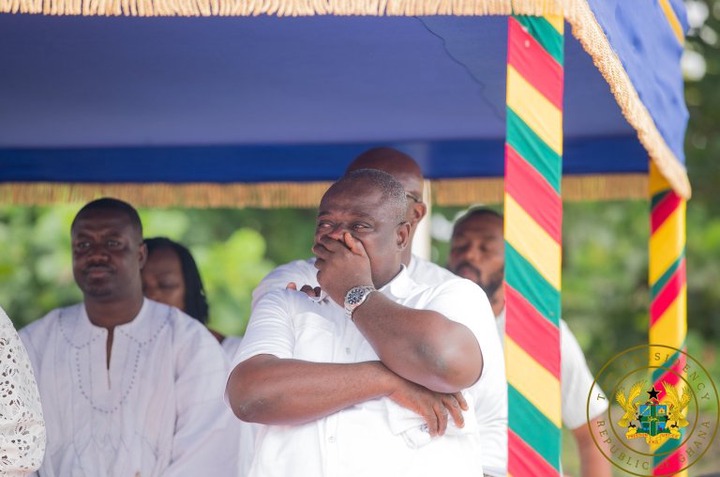 Founder of and Chief Executive Officer for the Atta Mills Institute, Samuel Koku Anyidoho has revealed plans to dissolve the Non-Governmental Organisation named after the late and former President of Ghana, John Evans Fiifi Atta Mills.

He announced this on Twitter after the family of the late third president of Ghana under the fourth Republic threatened to injunct the institute.

“In my capacity as the oldest sibling of Prof John Evans Atta Mills, as the person who Prof Mills designated in his will to be the executor of his will and the custodian of his legacy and now in my capacity of the Ebusua Panyin, the family has decided that we will contact our solicitors to make sure that we explore all avenues to stop the Atta-Mills Institute.

Anyidoho is not entirely abandoning the objective of the Atta Mills Institute. He hinted at establishing another NGO, the Koku Anyidoho Institute (KAI), to preserve the legacy of the late president.

As to why he is giving up on the Atta Mills Institute, he said “Because of my deep respect for President Atta-Mills, I shall have no fight with the Cadman Atta-Mills and Sammy Atta-Mills. Let them live with their SHAME”. 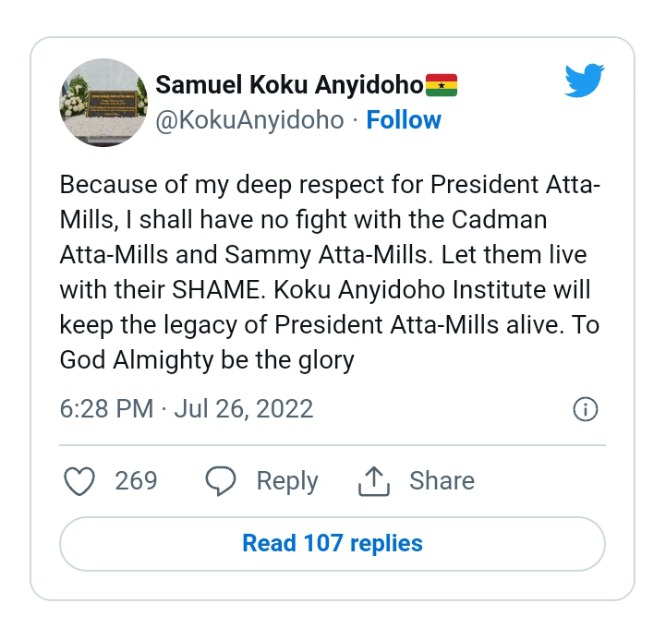 It will be recalled that the younger brother of the former president, Samuel Atta Mills earlier called a press conference to reveal that the Mills family does not recognise the Atta Mills Institute.