By NanaOdikuro (self meida writer) | 28 days

Time to clear the air about Our Dreadlocks Siblings being denied admissions to their various school of choice.

School heads denying the students admission is not a wrong or bad move.

Also the students refusing to cut their locks is not a wrong or bad move.

But the only wrong and bad move here is that, humanity has lost her human conscience. The problem we have here on earth is, we human have lost our human essence. As soon as one identifies his/herself with any group he/she starts to look down on people with different group identification. Until the universe is the sole group human identify themselves with, discrimination and racism will never end.

In the case of the school heads and the dreadlocks students, is clear that the heads are not given the students admissions because their groups of affiliation do look down on people with dreadlocks or their affiliated groups do not wear locks. On the other hand, the students' affiliated group cherish and honor dreadlocks, so is a no to cut the locks. The problem can only be solved if we stop groups we belong to from ruling our conscience.

Remember a problem cannot be solved if we take side. When begin to say the other is wrong and the other right, we put them at defensive positions and this makes it had to solve a problem.

Until we stop our affiliation to various groups, religious sects, race, ethnic group, political groups among others, rule our conscience, we will never learn to accept individual differences to live in peace and harmony. Where is the love if we can't accept and live in peace with people for who they are and not what they are?

Most Rasta, Blacks and Pan-Africans don't like the Whites because the Whites once enslaved us physically even though most of us are still mentally enslaved, various conscious group members are against religious folks because the conscious folks think religion is the down fall of Africa, Muslims ladies don't marry from other religious groups because at the beginning of the establishment of Islam, they needed more members and was also at war with none Islam, Christians introduced numerous doctrines all in the name of each sect needing more followers and this differences in doctrines bleed hatred among us, other religious group don't mingle with others for the fear of losing members, people from some ethnic groups are not allowed to marry from other groups because of stereotypes.

Why not kill this ignorance and leave as human? Even the animals are in the jungles united, why not us human...? I speak as a Mystical being, my only affiliation is the universe and all living things are my family. Love for all. You can say you don't like something about others but don't hate or look down and discriminate against them. 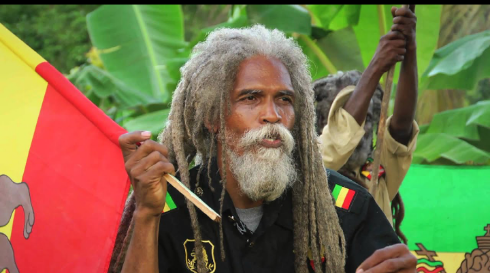 Content created and supplied by: NanaOdikuro (via Opera News )