We Will Never Trust You, Unless We See The Pay Slip Of Appointees - Prof. Gyampo Discloses 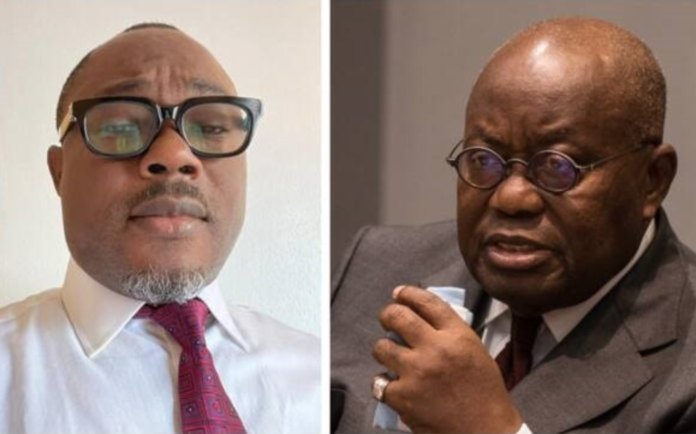 According to Professor Ransford Gyampo, the Secretary of the University Teachers Association of Ghana (UG-UTAG), all political appointees' wages should be slashed by 30 percent.

Prof. Gyampo said he could not believe that the salaries had been lowered because of the lavish lives of some appointees, especially during the current economic hardships.

An announcement by President Akufo-Addo at the Eid Al Adha prayers in Accra this year sparked Professor Gyampo's doubts. Only evidence could clear them up.

He wrote on Twitter: "Mr President, unless we see the payslips of appointees, we cannot trust the mantra that their wages have been lowered by 30%. When times are tough, we see how their lavish lifestyles haven't changed despite the fact that we share our home with them. "We need proof," he said.

President Akufo-Addo, who was guest of honor during the Eid al-Adha prayers, said the cut was a statement to citizens that the country needs to sacrifice as it goes to the IMF for support.

He also announced a 50 percent cut on gasoline for government apparatus.

According to the president, the 30% wage cut did not apply to any of his ministers.

As he put it, "We must all make some compromises in order to give ourselves the breathing room we need to deal with the current economic issues." Ministry, department, and agency spending has been slashed by 30%. Appointees' pay has been slashed by 30 percent, including my own. "Other expenditures, such as fuel coupons, have been delayed and cut by half." 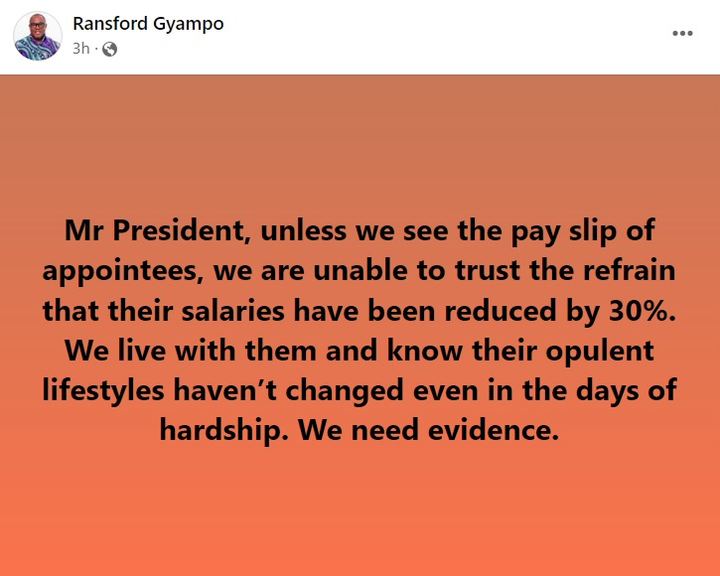 On his part, President Akufo-Addo requested patience from the people of Ghana while he works to improve their situation.