According to the Guinness Book of World Records, the City Montessori School in Lucknow, India, has 39,437 pupils and 2,500 teachers.﻿ 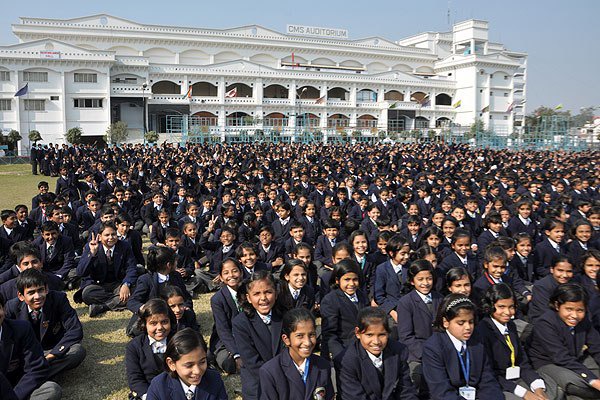 Lucknow, the capital city of India’s most populous state Uttar Pradesh, is now home to the world’s biggest school, according to the new edition of the Guinness Book of World Records. The last academic year, 2,500 teachers taught a mind-boggling 39,437 students in 1,000 classrooms at Lucknow’s City Montessori School. According to the school’s website, it now boasts over 44,000 pupils.﻿

The school was founded in 1959 by Bharti and Jagdish Gandhi with just 300 borrowed rupees ($5.70 at current exchange rates) and a total of five students. More than half a century later, the school, which spreads over several campuses, can’t gather for assembly as there is no venue in town that is big enough. Students ages between three and 17 are divided into classrooms of 45 children each; every pupil wears identical school uniforms, AFP reports. Younger students pay about $18, older students $47 in fees per month. The school held the record once before, in 2005, when it had 29,212 pupils — beating a school in the Philippines with roughly 20,000 pupils.﻿ 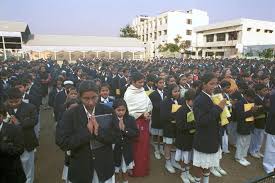 Uttar Pradesh is in dire need of schools. The Northern state has a literacy rate below India’s national average of 74% and ranks 29th among India’s 35 administrative divisions, according to the 2011 census. Lucknow’s City Montessori School not only excels in size, it has over the years been showered in awards and recognition. In 2002, it received the UNESCO Prize for Peace Education. Two years ago, the Dalai Lama conferred his Hope for Humanity award to the school founder.﻿

The size of the Gandhis school, which does not receive government funding, is however dwarfed by the world’s largest university, also in India. The Indira Gandhi National Open University (IGNOU) in Delhi has no less than four million students — ten times larger than its U.S. equivalent, the online University of Phoenix.﻿

India, a country of extremes, boasts some other, more obscure, records: nowhere have there been more people standing on one moving motorcycle (54), has a larger foreign object been left in a patient (a pair of 13 inch-long artery forceps) or a higher number of green coconuts been smashed in one minute by elbows (92, 7 of which were disqualified).﻿

Diamond And Aisha Modi Can Say Whatever They Want To Say About Me, I Am Busy Paying My Workers-Mzbel