By Citinews_Hub (self media writer) | 2 months ago 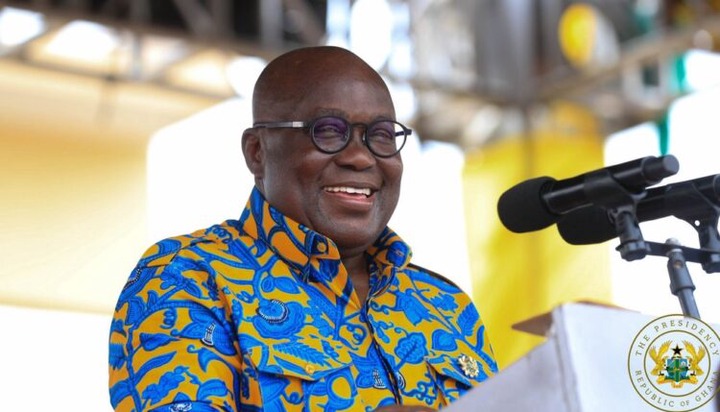 According to President Nana Addo Dankwa Akufo-Addo, the Kwadaso Agricultural College in Kumasi will soon be transformed to an Agricultural University. He stated that discussions with the Mendel University in the Czech Republic had begun to bring that ambition to fruition, with the assumption that the institution would reach its full potential once it became a university.

The declaration was delivered by the President during a great durbar of students and other stakeholders during the college's 100th anniversary celebration in Kumasi. The anniversary, themed "Kwadaso Agricultural College - 100 Years of Agricultural Education in Ghana," was held to commemorate the accomplishments of the school, which has produced around 75,000 professionals since its inception in 1922.

The Guest of Honour, President Akufo-Addo, stated that after the institution was founded, satellite campuses would be constructed at the Ejura and Wenkyi Agricultural colleges." The development of this agricultural university excites me greatly because it will provide the necessary numbers of human resources to support research, convey knowledge, and provide leadership in the industry," he stated.

He stated that once constructed, the university would serve as a breeding ground for additional agricultural professionals in the country. "I pledge the government's support to make this dream a reality, and I charge the Ministry of Agriculture to increase efforts and strengthen partnerships and collaboration with Mendel University to realize this goal," the President said.

He stated that agriculture employed more than half of the population, with the poorest involved in food crop cultivation, emphasizing the importance of revamping the sector to achieve substantial improvement in people's lives. He stated that the college was essential to Ghana's agricultural transformation objective through the Planting for Food and Jobs initiative (PFJ).

The Minister of Agriculture, Dr. Owusu Afriyie Akoto, stated that the Ministry was dedicated to modernizing the college and will collaborate with necessary stakeholders to do so. He praised the college's previous and present administrators for their major contributions to the country's agricultural development.