I got suspended from school because of girls – Kidi

By TheeNewsGuy (self media writer) | 6 months ago 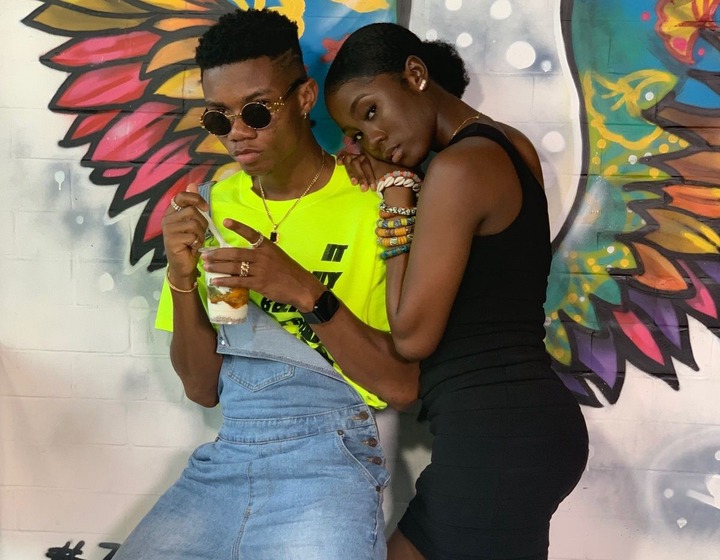 The current VGMA and 3Music Awards Artiste of the Year, Dennis Nana Kwaku Boadi Dwamena, alias KiDi, has disclosed how he managed to get himself expelled from high school.

Kidi revealed during an interview with PulseGhana that he was expelled from his senior high school for breaking the rules by leaving with some of his friends to visit other schools for entertainment and to connect with some other female students.

"I attended Accra Academy, a guys' school. We used to attend fun days at the girls' schools, among other things. I chose one for which I ultimately received a suspension. Because so many of us left, I was sad. We numbered between 30 and 40 people, but eight persons were the targets of whoever went to tip off.

After eight names had been listed, according to KiDi, his classmate jokingly added his name, and that was it for him. God is very good." Even though I wasn't one of the eight, they had written the names of the eight on the paper in blue ink. "My name was written at the end by a coworker using a different pen. Since they wanted us to bring our mothers to school to sign punishment letters and other things, this was embarrassing for me, he continued.

When the headmaster brought his young mother to sign his suspension letter, KiDi claims that he mistook her for his sister and started acting inappropriately in front of her already enraged mother.

"You know my mother is so young, and when my mother entered the headmaster's office, he became even angrier. Not your siblings, but your mother, was my request. It was bad since my mother was already upset and this man was only making it worse.