COLA STRIKE: We Have Heard You Mr. President But We Are Not Stopping Until We Hear Something

By @Ghananews_Board (self media writer) | 6 months ago 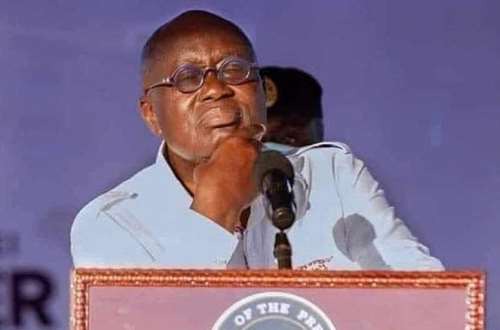 The striking pre-tertiary teachers have asked the government for better negotiations before calling off their strike.

NAGRAT's Gender Coordinator, Rebecca Ocran Abaidoo, says President Akufo-Addo must give them something tangible in exchange for what the government is requesting before they call off their strike.

"We are hopeful that we will have something tangible to send to our rank and file to end the strike." "However, we are still on strike and have not called it off," she explained.

The ongoing strike action began on Monday, July 4, 2022, when four teacher unions declared a nationwide strike in response to the government's failure to meet their demand for a 20% CLA (COLA).

Meanwhile, during this year's Ed-Ul-Adha national prayers, President Akufo-Addo urged teacher unions to suspend their strike until the outcome of ongoing negotiations was known.

The state, according to Akufo-Addo, is in a difficult position as a result of the country's current economic disaster.

In response to the President's statement, Rebecca Ocran Abaidoo, the Gender Coordinator for NAGRAT, stated in an interview with JoyNews that they appreciate the government's invitation to the negotiating table.

They will not return to the classroom, she claims, until they have concrete reasons.

"We have heard His Excellency, but we must consult with our rank and file," she stated emphatically.