By GhunneyIsaac (self meida writer) | 22 days

A team that represented the University of Energy and Natural Resources (UENR) in the 2020/2021 World Universities Debate Championship hosted by Korea has qualified from the preliminary stage through to the final stage of the competition.

For the several years the championship has spanned, UENR’s first time of taking turns to compete has elevated them to this stage.

The team popularly known as UENR Forensic Society (UFS), was represented by the Ghanaian best Public Speaker for 2019 Pan African Universities Debate Championship, Miss Zoe Lois Poku, who out of the over 1,000 speakers qualified to be amongst the six teams that broke to the finals of the WUDC finals.

The 41th edition of the World University Debate Championship; the largest debate competition in the world which was first held in Glasgow in 1981 is being hosted at Korea by Debate Korea, to July 4, 2021. 400 teams from over 380 universities across the world are competing in this year’s WUDC.

In an interview with Opera News, the President of the UENR Forensic Society, Mr. Raphael Opoku Kwasi, said the finals of the competition will take off on Wednesday, 14th July, 2021. He is very optimistic of his team winning the finals on Wednesday and bringing the trophy to Africa, Ghana. 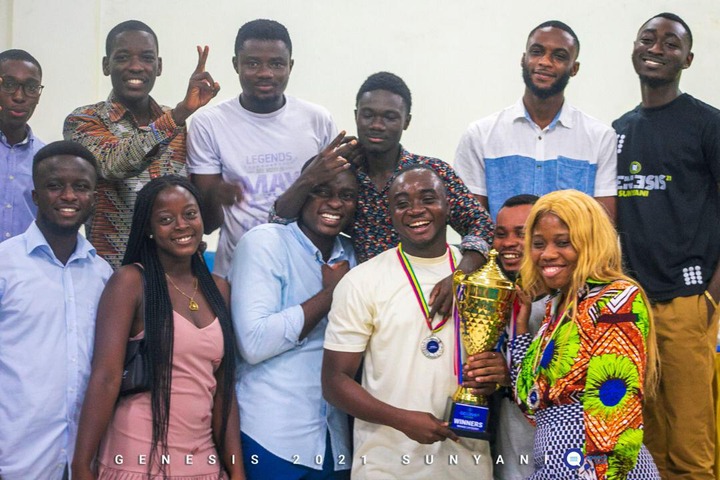 Content created and supplied by: GhunneyIsaac (via Opera News )

If You Want To Accomplish Great Things During The Day, Wear These Styles For Hardworking Ladies

August 4th Battle For Supremacy: "Founders' Day" Versus "Fix The Country" Demo. Who Overpowers Who?

Photo Of The Day: Check Out The outfits Of These Eye-catching Companions (Photos)

Photos Of Giovani That Caused Stir On Social Media