Mahama Deserves A National Apology: A Plus Boldly Declares

Ken Ofori Atta has exposed the propaganda of the New Patriotic Party big time. During a graduation ceremony, he announced to the graduates that they should venture into entrepreneurship since the public or government sector is full and as such, the government's payroll was full.

To be frank, that approach by the Finance Minister, Ken Ofori Atta was very sincere and better than promising the graduates knowing very well that the government cannot provide them with the jobs. 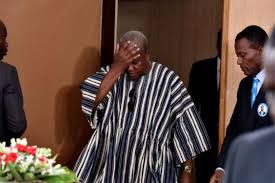 This same approach was used by Former President John Dramani Mahama when he was in power. He told training nurses and teachers in the face that he will not pay any allowance since the nation could not afford that.

Today, A Plus,l reacted to Ken Ofori Atta's statement. He recalled how Ghanaians called John Mahama incompetent because his government was not employing into the sector. 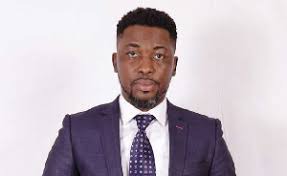 He expressed his shock at the silence of Ghanaians now that Ken Ofori Atta has announced the same scenario that happened under Mahama's administration. A Plus later left a message to Ghanaians. 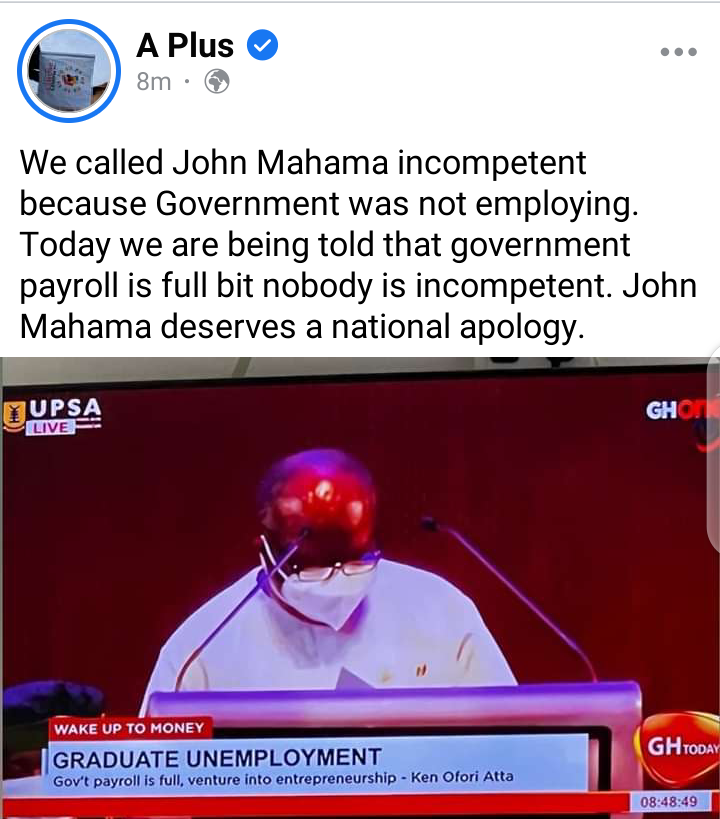