The administration block of the Asante Mampong College of Education has been dilapidated by fire. 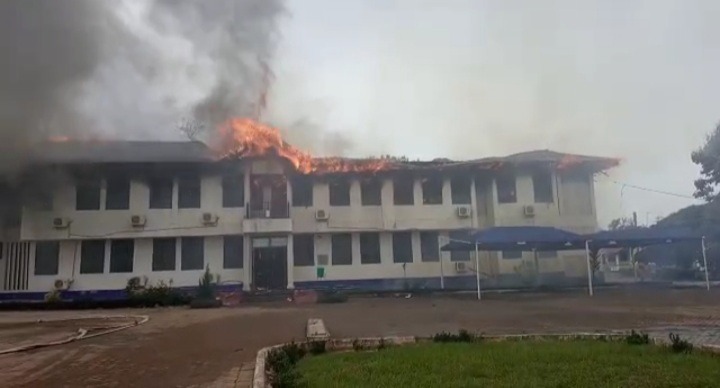 The school was established in 1967 as an institution to train teachers at the same location as the Trade Training Centre, which was set up by the British Colonial Government in 1922. It attained tertiary level status in 2007 and was renamed Mampong Technical Teachers College of Education.

It is located in Mampong Municipal District, Ashanti Region, Ghana.

The unfortunate incident occurred on Monday, April 19, 2021 in the afternoon.

According to residents they actually do not know the cause of the fire. Meanwhile as they saw the block has caught fire they began do pour water after they had made a call to the fire service. Within some few minutes Firemen were seen making frantic efforts to douse the flames. 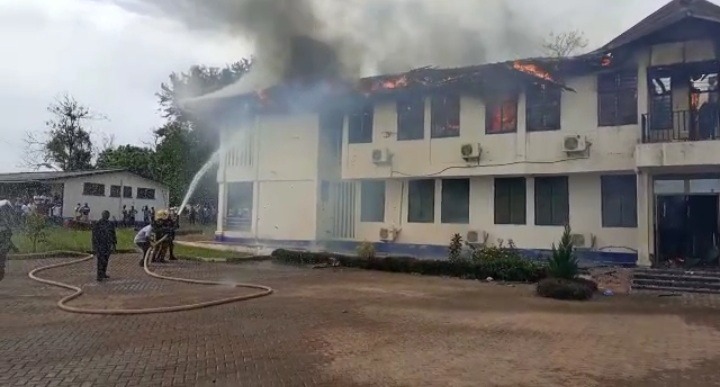 That notwithstanding, this incident adds up to other two fire outbreak which has occurred in the Region today.

Meanwhile there were some students on campus for their end-of-semister examination. These were the 3-semister post diploma students, both the 1st and 2nd Cohorts.

Meanwhile the other two incidents occurred at the Sokoban Wood Village and the Kumasi Central Market. The two incidents also ended up in the destruction of some sheds and shops and some other expensive items.

Meanwhile the Mampong Technical College of Education (MAMTEC) had announced that there is much calm on campus despite the incident as no one was literally affected. 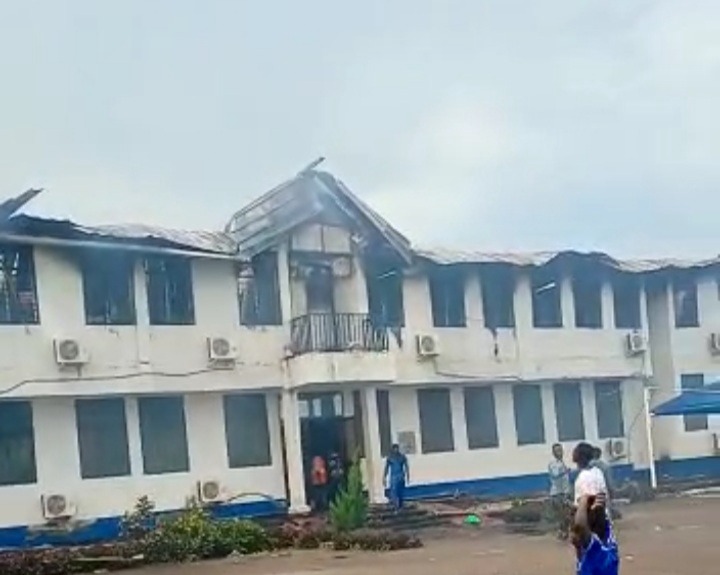