The University of Ghana is Ghana's top tertiary institution. 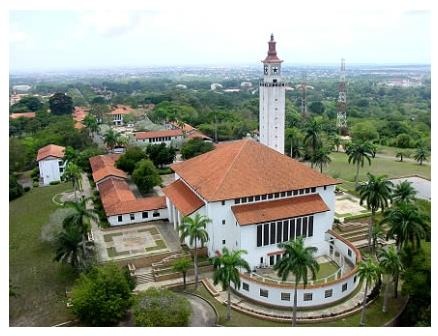 It also features the first of the top 1,000 scientists in the country, with more than 270 experts listed among the top 1,000.

Professor Robert Ebo Hinson, Director, UG Public Affairs Directorate, made a statement that was copied to the Ghana News Agency in Accra.

It stated that the University led nationally and progressively across varied fields within its four Colleges, intensifying its impact in pursuit of excellence.

According to the statement, "the premier institution's scholars constituted 30% to 70% of the top 20 ranked scientists."

It claimed to have 11 of Ghana's top 20 scholars in Agriculture and Forestry, nine in Business and Management, 11 in Economics and Econometrics, seven in Engineering and Technology, and six in Medical and Health Sciences.

Out of the 1,000 academics covered in the Index, Dr. Dwomoa Adu, a Senior Research Fellow in the UG Medical School, College of Health Sciences, was awarded the finest scientist in Ghana.

Professor Daniel Adjei Boakye of the Noguchi Memorial Institute for Medical Research and Prof Ernest Aryeetey, former Vice-Chancellor of the Institute of Statistical, Social and Economic Research, were voted 6th and top scientists in Ghana, according to the announcement.

Prof Joshua Yindenaba Abor, former Dean of the University of Ghana Business School, and Prof Dorothy Yeboah Manu, Director of the Noguchi Memorial Institute for Medical Research, came in ninth and thirteenth place, respectively, according to the report.

It was based on international standard scoring techniques, including citations in recognized databases such as Scopus, Web of Science, Publons, and Google Scholar, it stated, for ranking the 1,000 Ghanaian scientists and their scientific papers.

According to the statement, databases provided numerical indicators of a researcher's productivity and effectiveness.

The university was also ranked 15th out of 2,049 universities in Africa, and 1,704 out of 14,284 universities worldwide, according to the Scientific Index.

In its 2022 edition, the QS World University Rankings named UG as one of Africa's top 20 universities, making it the only West African university to do so.

"Congratulations to all the UG scientists who have been named among Ghana's top 1,000 scientists. 'UG is incredibly pleased of your dedication to academic excellence,' it stated.

The AD Scientific Index is a ranking and analysis system based on individual scientists' scientific output and the added value of their work.

"Earlier this year, Webometrics ranked UG first in Ghana, 11th in Sub-Saharan Africa, and 1,121 in the globe — out of 31,000 Higher Education Institutions from more than 200 countries."

The others are: Prof Isabella Quakyi, former Dean of the School of Public Health, and Prof Robert Ebo Ilinson, former Head, Department of Marketing and Entrepreneurship, UG Business, were both ranked 16th and 19th.

Dr Adu was also named the overall top scholar in Ghana by the 2021 Index Report last year, out of the 231 scientists who made the ranking cut-off.

(VIDEO) Who Is The Best Black Stars Goalkeeper Of All Time? Watch Their Performances.

No textbooks for three years, school children are fed 3 cedis a day but we have $22m for Cathedral