Did you know all these Renowned and Top Judges went to Wesley Girls' SHS? Read more 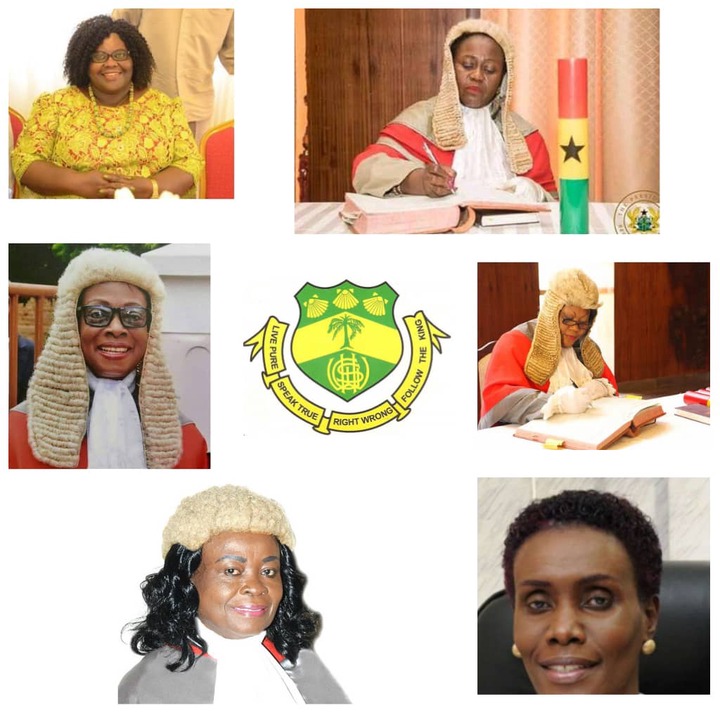 Undoubtedly, the Ghanaian second-cycle educational institutions were founded on a solid rock; hence, no matter the intensity and severity of storms that strive to pull them down, they continue to shine excellently.

This presupposes that the country is really blessed with a great force of human resources and pull of talents who work hand-in-hand to always uplift the country's educational image to a higher height, amidst the continuous challenges triggered by a change in the political climate.

Teachers are forever poised and ready to give the requisite training and grooming to our young ones, for the betterment of their lives, families, communities and the country at large.

We are however, very much aware that some of our teachers are being posted to very remote areas with poor roads, bad communication network, infrequent flow of water and electricity supply, among others; yet the sacrifice their pleasure, time, and other precious resources to adequately teach and train these children to become better versions of themselves.

Fortunately, the location of some schools, coupled with their infrastructural facilities, project a very strong image of competition among all the Senior High Schools in the country.

In view of that, some children usually have a specific school they always want to attend. Life is all about choices, and I think this gives them the opportunity to make use of their liberties to make a right choice about something that has a significant impact on their lives and future.

Central Region happens to be one of the regions with best schools in the country.

It is also the hub of most of the country's oldest and impactful secondary schools.

Though it is not one of the most attractive regions, its schools are so prestigious and tasteful in such a way that almost every parent or guardian wishes to have his or her ward educated there.

Undoubtedly, there is no way we can mention the region's female second-cycle educational institutions without making reference to Wesley Girls' Senior High School.

Since its foundation and commencement in 1836 by Harriet Wrigley, the school continues to consistently and excellently provide moral, religious and academic training to young women who rise to become top officials in the various professional fields in the country and beyond.

Specifically in this article, we are going to learn more about Top Ghanaian Judges who were taught, groomed and trained at Wesley Girls' Senior High School, popularly known as Wey Gey Hey, in Cape Coast, Ghana. 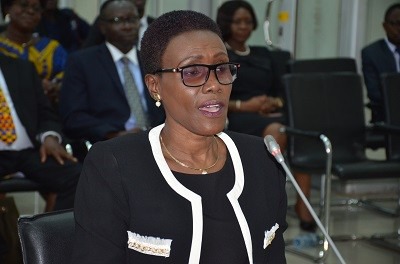 She then proceeded to the University of Ghana, Legon for her Bachelor of Law Degree.

Afterwards, she was called to the Ghana Bar.

She had an additional International assignment to serve as a Justice of the High Court of The Gambia from 2005 to 2009.

In the leadership arena, Justice Avril Lovelace Johnson served as an Honorary Council Member of the Planned Parenthood Association of Ghana (PPAG), Director of Public Complaints and Courts Inspectorate Unit of the Judicial Service of Ghana and Vice-President of the Association of Magistrates and Judges of Ghana.

Avril comes from Mankessim in the Central Region of Ghana. 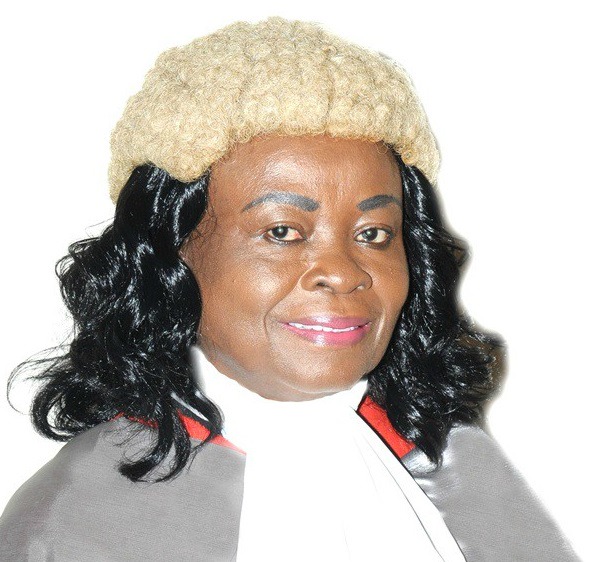 Born on September 1, 1949 in Cape Coast in the Central Region of Gold Coast (now Ghana), Justice Adinyira obtained her Ordinary Level Certificate (between 1961 and 1966) and Advanced Level Certificate (between 1966 and 1968) from Fijai Senior High School in Sekondi-Takoradi and Wesley Girls'Senior High School in Cape Coast respectively.

She then obtained her Bachelor of Law Degree from the University of Ghana, Legon.

Adinyira was further awarded a Barrister-at-Law Certificate at the Ghana School of Law; and in 1973, she was called to the Ghana Bar.

Currently, she is the Provincial Chancellor of the Anglican Church of West Africa, First Female lay Canon of the Cathedral Church of St. Peter in Anglican Diocese of Koforidua and a member of the General Legal Council.

Adinyira is also a member of the International Association of Women Judges and Chairperson of the National Committee on Child Protection.

She commenced her legal career in 1974 at the Attorney General's Department as an Assistant State Attorney.

Due to her excellent service to the Department, she given promoted to a Principal State Attorney, and further appointed as a High Court Judge in 1989 - a position she held for close to ten years.

In 1999, Justice Sophia Adinyira was elevated to an Appeals Court Judge, and she served in that capacity until she was appointed a Supreme Court Judge in 2006.

She was also given an additional responsibility to serve as a Judge of the United Nations Appeals Tribunal from 2009 to 2016.

She is happily married, and blessed with five lovely children. 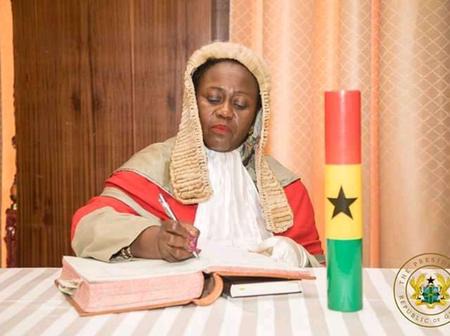 She then proceeded to the University of Ghana Legon, and Ghana School of Law, Makola for her Bachelor of Law Degree and Barrister-at-Law Certificate respectively.

Prior to her appointment as Ghana's Apex Court Judge in 2019, she excellently served as an Appeals Court Judge.

Prior to that, she served as the Director of Fugar & Co. (Law Firm) and Managing Partner of Sozo Law Consult. 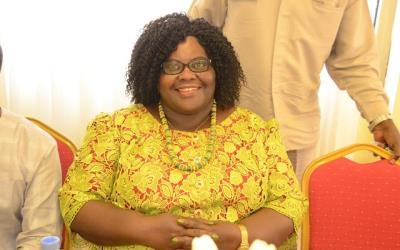 After she had her secondary education at Wesley Girls' Senior High School in Cape Coast, Ghana, she proceeded to the University of Ghana, Legon for her Bachelor of Law Degree.

She additionally obtained a Master of Laws Degree in 1985 from Yale University.

She is currently a Judge of Ghana's Apex Court and a Professor and Senior Law Lecturer at the University of Ghana School of Law.

Prior to that, she served as a member of the United Nations Independent Panel On Peace Operations.

She was also a member of the Presidential Commission of Enquiry that looked into and investigated the Ayawaso West Wuogon by-election violence.

She is happily married to Kwaku Mensa-Bonsu, and blessed with three daughters and five grandchildren. 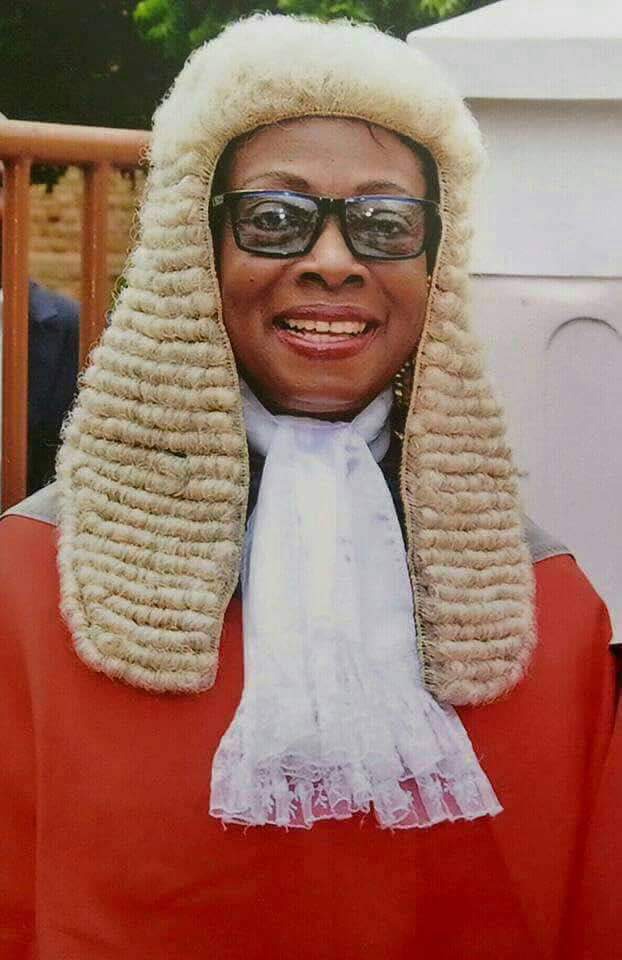 After she had her secondary education at Ghana's prestigious Wesley Girls' Senior High School in Cape Coast, she proceeded to the University of Ghana, Legon for her Bachelor of Law Degree.

She additionally her Barrister-at-Law Certificate from the Ghana School of Law, Makola.

Akuffo further obtained a Master of Laws Degree from Harvard University in the United States.

In the leadership arena, Justice Akuffo served as the Vice-President and President of the African Court on Human and People's Rights, Chairperson of the Alternative Dispute Resolution Task Force and a Member of the Governing Committee of the Commonwealth Judicial Education Institute.

She is also the Chairperson of the COVID-19 National Trust Fund of Ghana.

She has been very instrumental in promotion of justice and human rights of people in the country by serving in various Judicial Service Offices in Eastern, Central, Ashanti and Greater-Accra Regions of Ghana.

Meanwhile, she previously served as Ghana's High Court Judge and Expert Judge at the Commonwealth Secretariat.

In the leadership arena, Justice Mabel Maame Agyemang served as the Vice-President of the Association of Magistrates and Judges of Ghana from 1996 to 2000.

Justice Agyemang is happily married, and blessed with two children.