The Fight Against Preventing Many Graduates From Becoming Lawyers is Gaining Grounds - Law Prof. 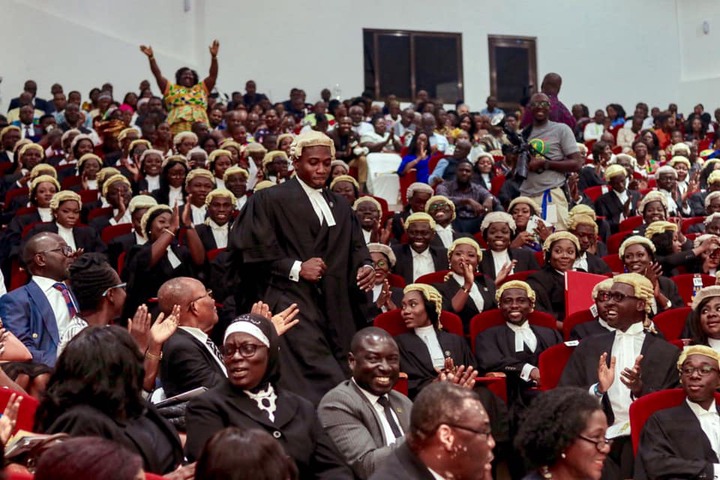 First the then Chief Justice Sophia Akuffo, had declared, amidst applause that, as long as she has something to do with it, she will not allow the “mass production” of lawyers in the country. She justified her call by referring to the model used by the medical profession and misconduct by some lawyers that could not be contemplated in the 1960s. She further added that, “any attempt to allow the production of lawyers without efficient control, checks and balances will be rejected irrespective of who is advocating it.”

Not long after her declaration, the General Legal Council (Council) announced that only 128 of the 1,820 LLB candidates passed the 2019 entrance examination. Of course, “mass failure” rate is statistically anomalous, economically imprudent, legally problematic, ethically questionable and is proof beyond reasonable doubt that we have a classic case of regulatory failure.

It is statistically anomalous because the Council failed to adjust the candidates’ raw scores, which is a standard practice in such entrance examinations and was absolutely necessary because of the reported low raw scores. Under the Council’s mechanical application of the passing criteria, no students would be admitted to the School if the highest score on the examination was 49.5. This, of course, was absurd to anyone who understands examination scores, standardizing, curving, and the rudiments of psychometrics. 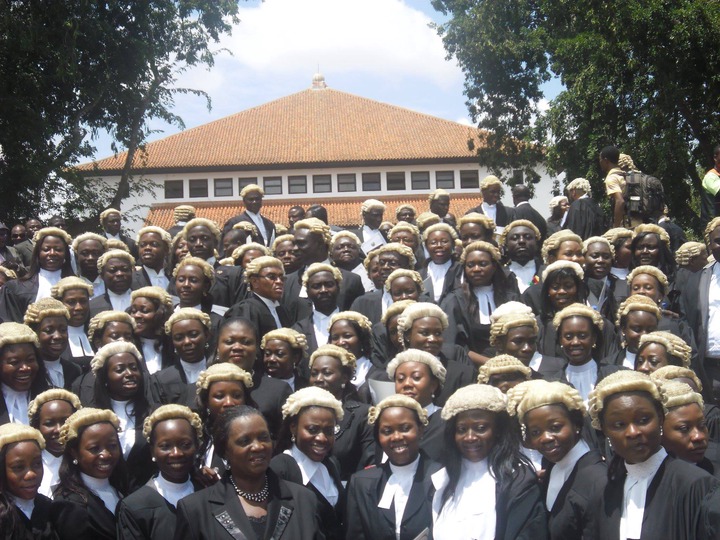 Well fast forward, a higher number of law students have been admitted and many passed out in the just ended graduation and call to the Ghana Bar, after several voices and demonstrations, calling for a change in this calculated attempt to prevent many others from becoming lawyers also.

During months towards the just ended general elections, when both of the major political parties unveiled their manifest’s, legal education critic, Lawyer and Academic, US-based Ghanaian Professor Asare Kwaku Azar had downplayed the New Patriotic Party’s (NPP) approach to tackling challenges with legal education in Ghana, calling it myopic. 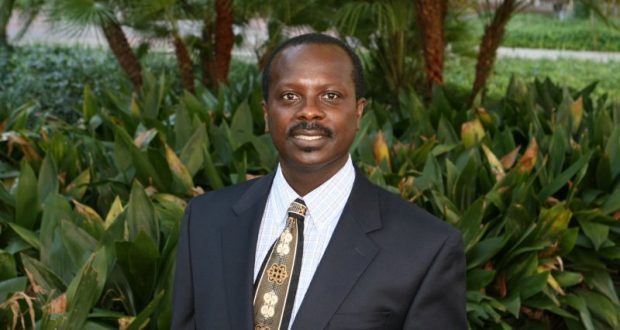 “It is kind of surprising that after eight years, the solution they came up with in their manifesto was one line talking about legal infrastructure. It connotes a lack of seriousness. They do not really see the problem. I have made it clear in so many instances. There is already an infrastructure in place to deliver legal education. The law faculty can deliver legal education that they are talking about. The only thing that is stopping them now is a law promulgated by the General Legal Council that says that only the Ghana School of Law can offer professional legal education,” he had told Citi News in an interview.

In his opinion, the NDC intended ways of correcting the challenge was more superior, as the party’s Minority Leader in Parliament, Hon. Haruna Iddrisu had said the party plans to give accreditation to certified law faculties across the country to broaden accessibility to legal education in Ghana, was the way to go rather. 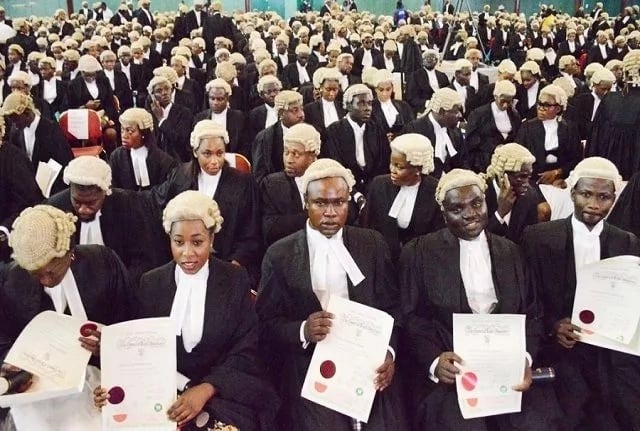 Reacting to this announcement, Ghanaian law professor, Mr. Stephen Kwaku Asare has said the National Democratic Congress has made a stronger case on the issue of legal education accessibility as compared to what the New Patriotic Party has offered.

According to the legal professor well known as Kwaku Azar, the NDC seem to have done a lot of listening on the subject matter and has put out a far superior solution to the problem. “On the issue of making legal education accessible, it is fair to say NDC has done more listening than NPP and has offered a far superior solution to the problem,” he wrote on his Facebook page after the NDC manifesto launch.

Professor Asare has been a known vociferous advocate for reforms in Ghana’s legal education, as the lawyer has on several occasions emphasized the need for the General Legal Council to be scrapped and replaced with an independent regulatory agency to regulate law education in Ghana and has consistently stated that the General Legal Council has departed from its duty of providing persons with law degrees the opportunity to pursue professional education to rather restricting them. 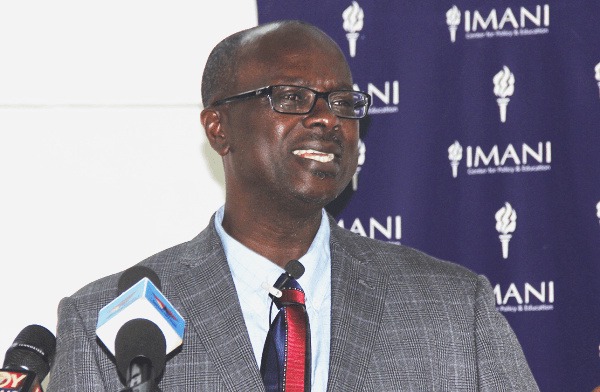 Sometimes, he complains of little progress been made, whiles expressing hopes for a brighter future. However in a Facebook post just this afternoon, he has elaborated some progress made and given some hopes that, just maybe, their fight is paying off with some good dividends. He wrote that:

"The SC may claim it has no jurisdiction to determine whether the monopoly conferred on the School violates Article 25(2) but it appears the unruly Council itself is beginning to appreciate the unconstitutionality. Under LI 2427, which came into force in October 2020, the Council now says it “may allocate a quota to an institution that the Council has recognized to run the Professional Law Course.” LI 2427 maintains the School, entrance to which is determined by an examination. This, of course, is not a problem as long as the institutions recognized by the Council are free to use their own admission criteria.

Look, this is a potential breakthrough. But rather than the opaque “allocation of quota to an institution,” why not let all existing law faculties run the “professional law course”? The market itself will then discipline non-performing universities as performance on the QCE naturally becomes an indicator of quality. Another worthwhile change is the criteria for failing the examination. Now a candidate must fail half or more of the total number of subjects offered in any academic year before they are asked to repeat the whole year.

Will this new criteria apply to the recognized institutions? Is the criteria necessary? The only long-term solution is for the GLC to get out of education and allow the experts (that is the universities) to do it. So my friends, the battle is yielding some fruits. But we cannot relax. We must put our foot to the pedal. The only solution is to cut the snake’s head.

And we will get there when the GLC leaves education delivery to the experts (i.e., the universities) and focus on administering the QCE. Then candidates who get law degrees, after taking the prescribed courses (“professional” and academic) from the universities, can apply to take the QCE, which should focus on the common law courses, such as contracts, torts and constitutional law.

If you fail the QCE, you just have to retake it the next time without having to repeat any classes or retaking the course with the School or any institution. You can simply study on your own to take the QCE. This is because the QCE is redesigned to test your proficiency in the law as a whole. The same with post call. You do not need to attend any school to be taught by anyone. You can get the syllabus, learn on your own or take private classes if you wish and apply to take the QCE whenever you are ready. No need for lawyers with several years of experience to be forced to attend lectures that repeat what they know. 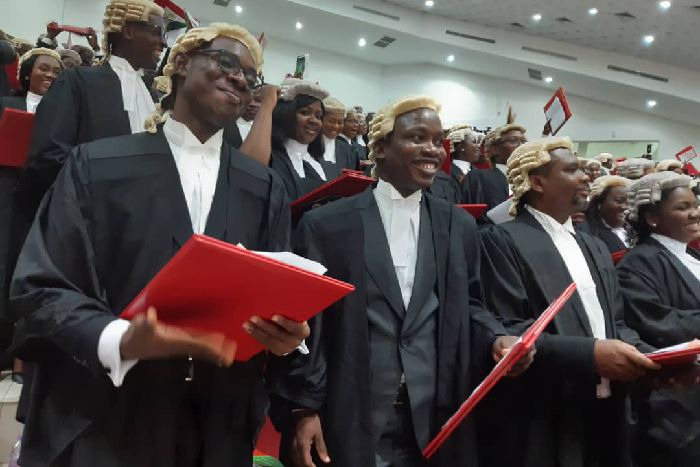 He could have penetrated slowly but he rushed because my husband was coming.

Prisoners running away from Nigerian prison to Ghana will undermine the AfCFTA care is not taken.

Government of Ghana urged to be serious about Education

Why Should Teachers Be Made To Pay 30% For The Cost Of Laptop That is Meant For TLM?