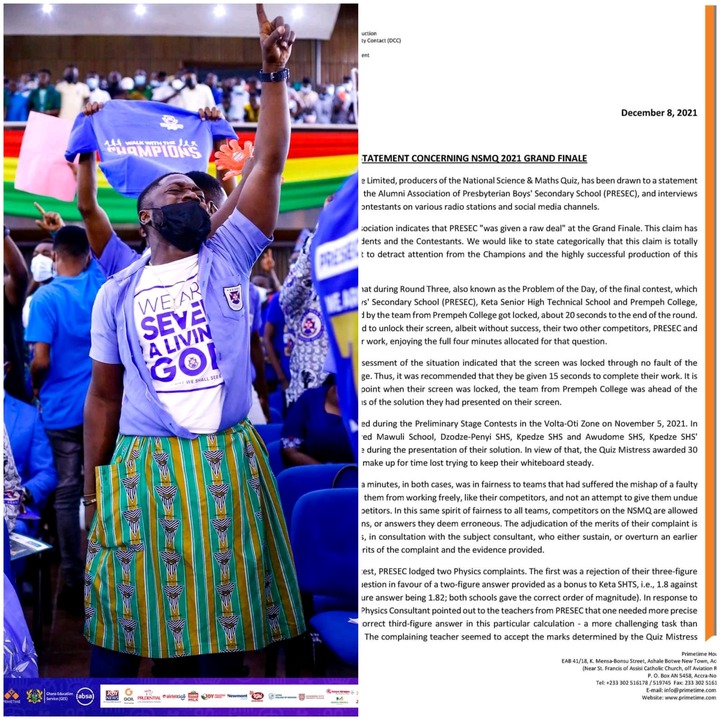 The National Science And Math Quiz is over but there is still some controversy surrounding the final results. This year’s event was won by Prempeh College with PRESEC, Legon and Keta SHTS placing second and third respectively. Prempeh College won the contest that had seen PRESEC lead from round one. The margin of victory was equally a slim one.

After the contest, some alumni of PRESEC started arguing that they were cheated. They argued that some of the answers provided by Prempeh College in the 4th Round. Further allegations were geared towards the quiz mistress who in an interview said she was receiving death threats. Perhaps one of the glaring allegations was the added time that was given to Prempeh College in the 3rd round even after the time allocated for the Problem of the Day had elapsed. 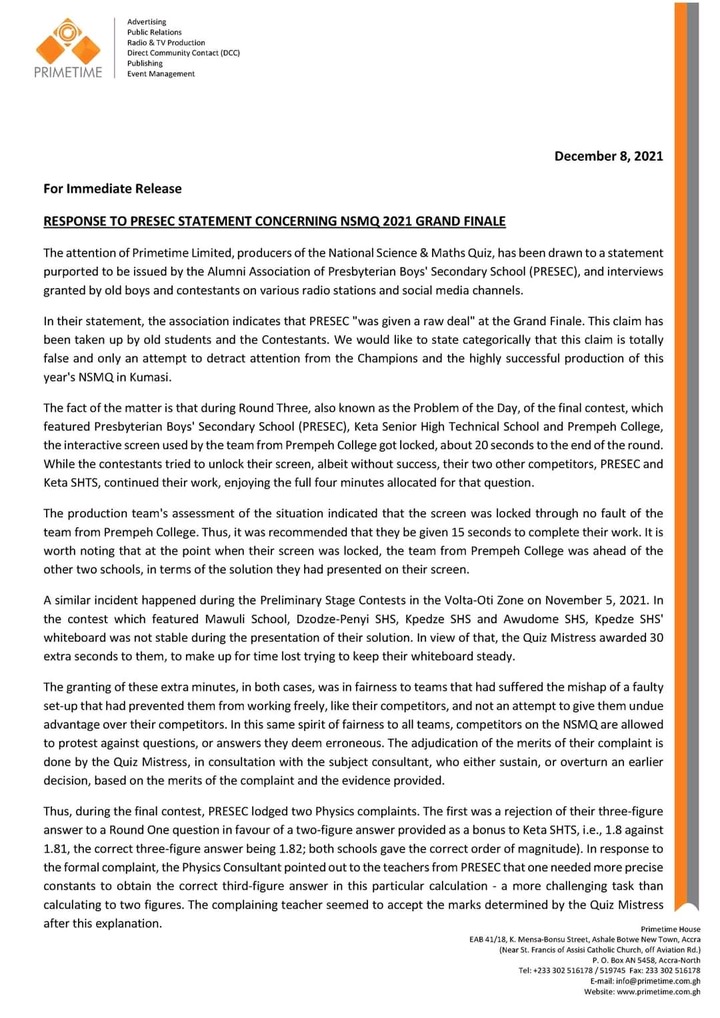 In a strong worded response, the organizers, Primetime Limited noted that quiz mistress Prof. Elsie Effah Kaufmann was fair in her handling of the contest. They added that the show itself over the past 28 years has been fair and will not compromise on its values. The organizers added that regarding the questions in Round 4, the answers from PRESEC that were rejected were rightly rejected because it didn’t satisfy the requirements. 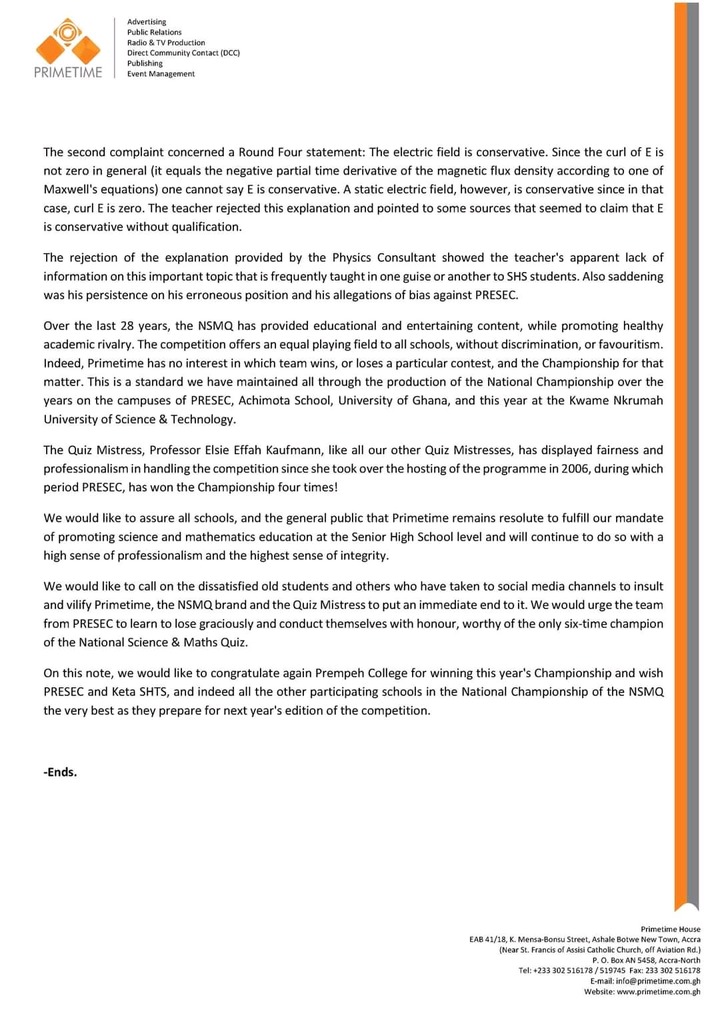 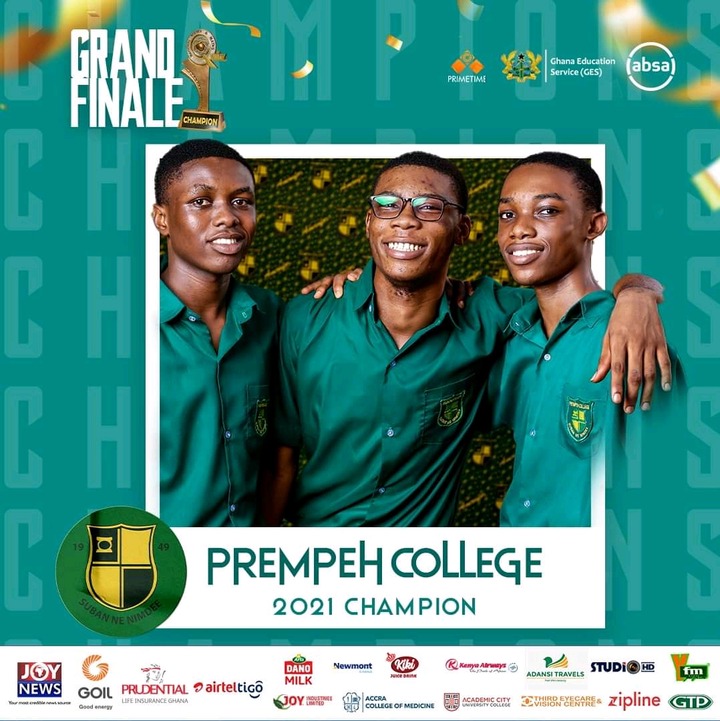 The organizers called on PRESEC, Legon to gracefully accept that they lost and give credit to the winners of the competition. They also called on those insulting on social media to desist from it and allow the quiz mistress have some peace. Finally, Primetime Limited congratulated Prempeh College for winning NSMQ 21. The school from Kumasi won with 53 points as against PRESEC’s 49 last month.